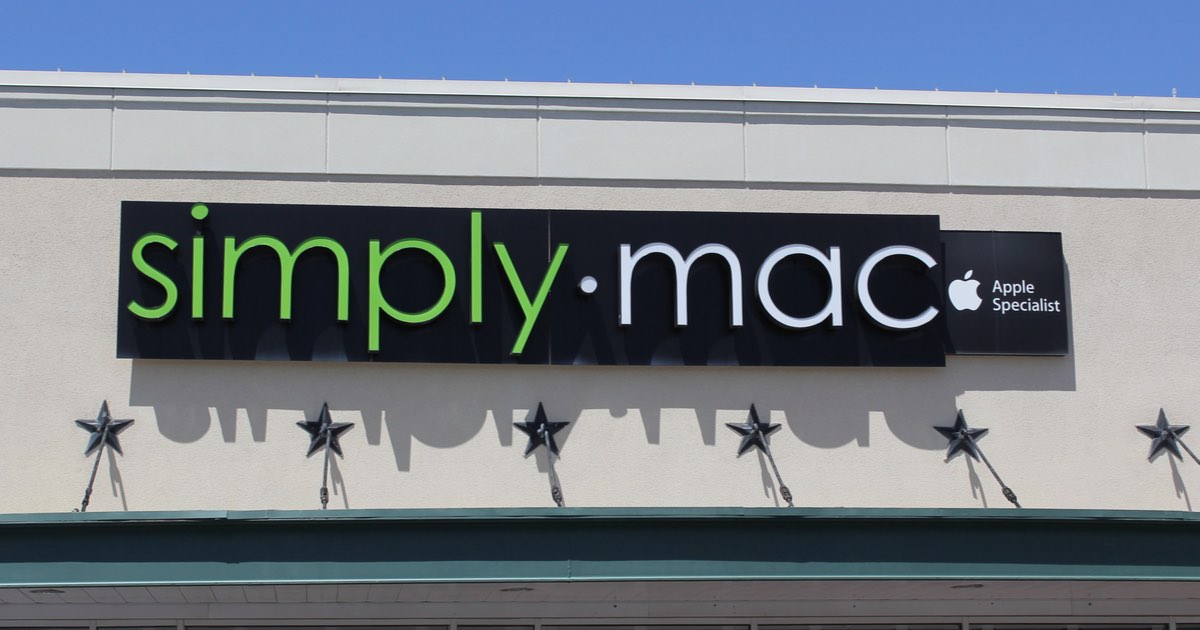 Ed. After speaking with Apple, we’ve learned that the company fully intends to support customers affected by the pending bankruptcy of Simply Mac. An Apple spokesperson said, “Apple is working to support customers who had repairs collected by Simply Mac.” Customers should call 1-800-MY-APPLE and ask to be transferred to a Senior Advisor for assistance.

After Simply Mac announced on June 9 that it is closing all of its 53 retail locations, customers devices are still locked in certain stores.

Simply Mac was a major Apple-authorized retailer and service provider. With locations typically far from Apple Stores, the retailer served as a means for customers to get services and repairs. Without customers needing to access an official store.

However, the company immediately closed its doors due to the pandemic, and some stores still have customers’ products.

For example, a store in South Nashville, Tenn. has a series of notes attached to the front door of the store. One says, “Please let me pick up this laptop as soon as possible. It is my sole computer for work”. Another says, “You have my computer, please contact me”.

These problems are not from just one closing store. A store in Eastern Idaho is having the same issue returning devices to customers. A store manager by the name of Christian Parker spoke with EastIdahoNews.com about the incident. Parker says, “We had no idea, we got an email on Thursday saying we’re closing and that we’re not getting paid for the last three weeks”.

Despite having several repairs left to complete, there were instructions that Parker was not to open the store. The manager was unable to return devices to waiting customers. Parker is hoping that the issue will see resolution within the next week or two.

Parker also explains that customers may call Apple Customer Support and ask for a senior advisor. Those that explain their device saw an impact by the bankruptcy of Simply Mac will allegedly have their items replaced by Apple. However, according to reports from EastIdahoNews.com, customers are reporting that the support number is unhelpful. Many stated that the Apple employees had no idea the store closed.

For Johnson City, Tennessee, employees at the Simply Mac store located in The Mall at Johnson City received an email that they would be closing indefinitely. In an interview for News Channel 11, Simply Mac Store Leader Kenneth Perciful stated that he was in the middle of his morning routine when he learned that no one would be working at the store that day.

Perciful further stated that the email made no mention of how to return belongings to customers. The employees were informed they had to lock up and leave. Though he no longer worked for the company, Perciful found the determination to get around 130 items back to customers. After spending nearly seven hours on the phone, Perciful was able to return all but three devices.

Though Simply Mac claims that the bankruptcy is the result of the pandemic, some see things differently. Parker of the Eastern Idaho store stated that he spoke with a Simply Mac marketing director and learned that 30 out of the 50 locations throughout Utah and Idaho were still bringing in a profit.

Parker also stated that he received additional information from upper management concerning the closures. However, he does not have authorization to discuss it.

While calling Apple Support may result in some good fortune—it may be the case that Corporate agreed to replace devices and have not bothered to tell reps—it seems like this is a disastrous scenario for customers that left their devices at certain Simply Mac stores. Going long periods of time without your device is usually terrifying and costly. Hopefully all devices will return to their rightful owners.

2 thoughts on “[U] Simply Mac Closes its Doors, Many Customers Left Without Their Devices”