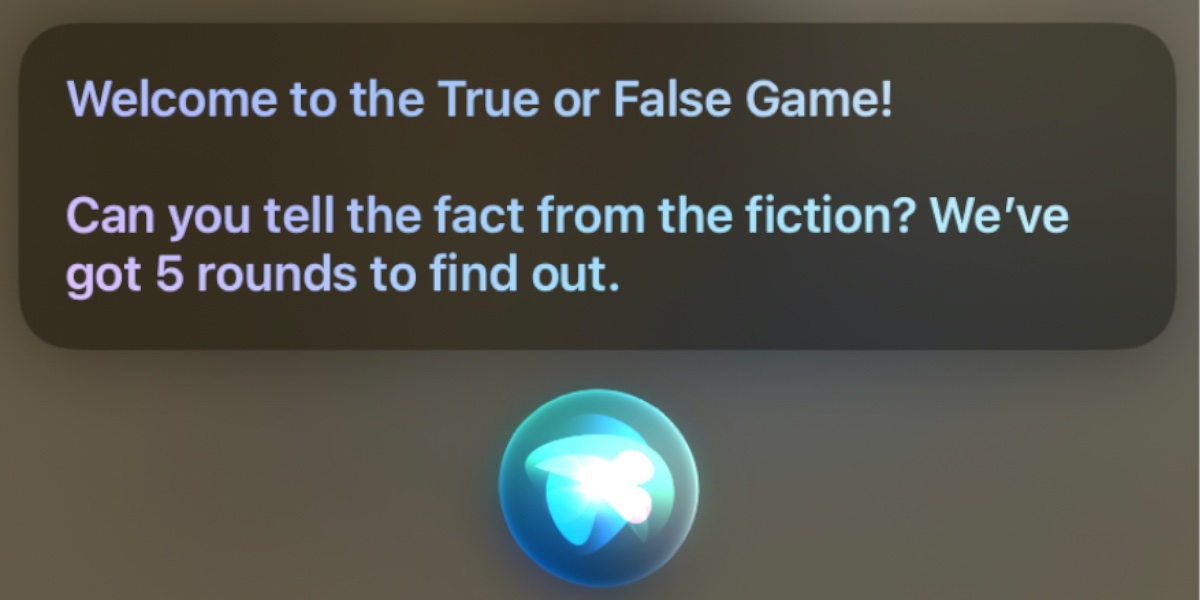 While it may seem strange, technology and April Fool’s Day go hand in hand. This year, Apple decided to get in on the fun with an Easter egg hidden inside Siri. While the virtual assistant has joined in on the festivities in the past, this year Siri hosts a trivia game attempting to check the “gullibility” of users.

To take the challenge yourself, simply ask Siri “what are you up to?” During this year’s April Fool’s Day, Siri will respond, “I’m seeing just how gullible people are! Try, ‘Hey Siri, True or False?’”

Asking Siri what they are up to will deliver a prompt to take part in a series of trivia questions. In a five part quiz, users answer a series of true or false questions from a variety of topics. Topics include history, geography, as well as a few surprises.

Some questions Siri may ask you include:

Getting the question right results in a funny quip from the voice assistant. Should you answer wrong, Siri will provide you with the correct answer. At the end of the quiz, users have the choice to play again or share their score.

This is not the only recent news for Siri, as the voice assistance received a new voice option in the American iOS 15.4 update. The new iOS update also fixes a bug wherein Siri recordings were being sent to the company regardless if you opted out.

This day is not only special for shenanigans, but it is an important date in Apple history. April first marks the date that Steve Jobs and Steve Wozniak founded Apple Computers. This marks the 46th anniversary of the company.

To join in on the fun, users are able to participate in the game by asking Siri, “What are you up to?”