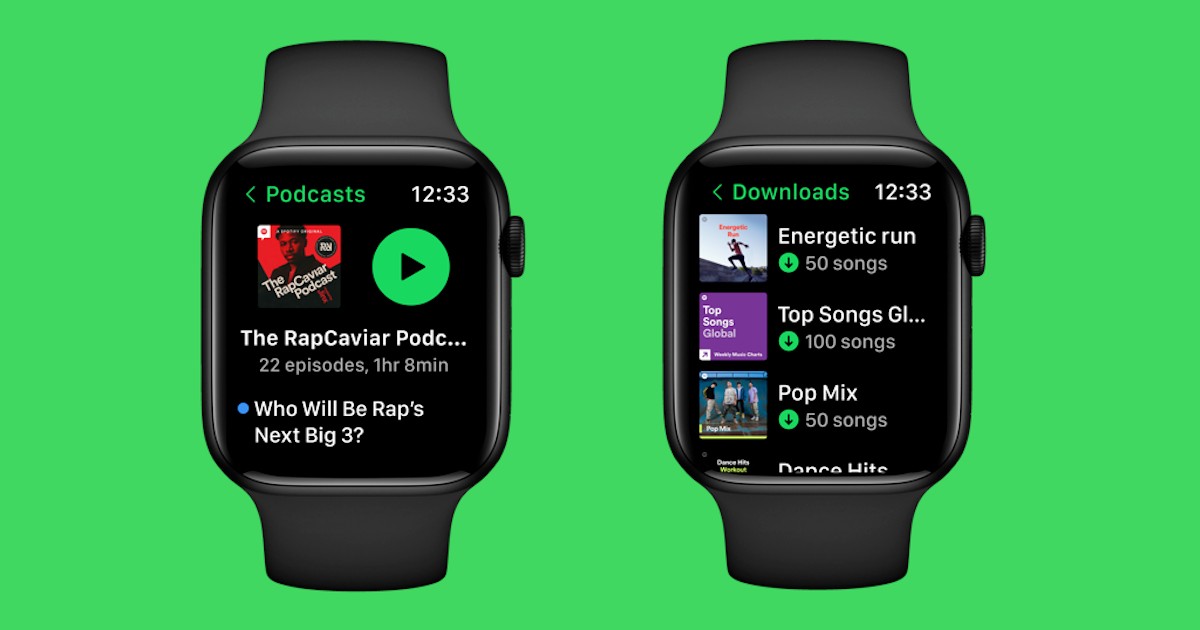 Spotify has announced a new experience for Apple Watch users, including a new way to browse and select one’s favorite music or podcasts.

Along with several new features, the new update from Spotify is now available for Apple Watch users.

Spotify is bringing a new update for Apple Watch users. Announced in a blog post by the company, the music streaming service is also delivering more features to several other devices and gadgets as well.

According to the blog post, Spotify’s new update includes a “new and improved listening experience” for Apple Watch users. Now, users can quickly download music directly from their Watch in order to listen to music or podcasts while offline. The new update also features a new design that includes animations, larger artwork and more functionality. Users are also able to swipe to like a song.

Along with the new features for Apple Watch users, Spotify is also introducing updates for the Amazon Fire TV QLED Omni Series, a new experience for those that fly Delta, as well as Spotify Tap for Ray-Ban Stories. Users can read more about these new updates here.

Additionally, along with the new features for Spotify, yesterday we at TMO also provided a quick-tip on how to get your Spotify playlists to truly shuffle randomly. For the uninitiated, Spotify’s shuffle experience isn’t always truly random, in thanks to its Automix feature. You can check out how to disable this feature here.

Back in October, Spotify was also involved in a dispute between Apple concerning Spotify’s desire to include audiobooks alongside its music and podcast offerings. Our very own Arnold Zafra provides more details on this story.