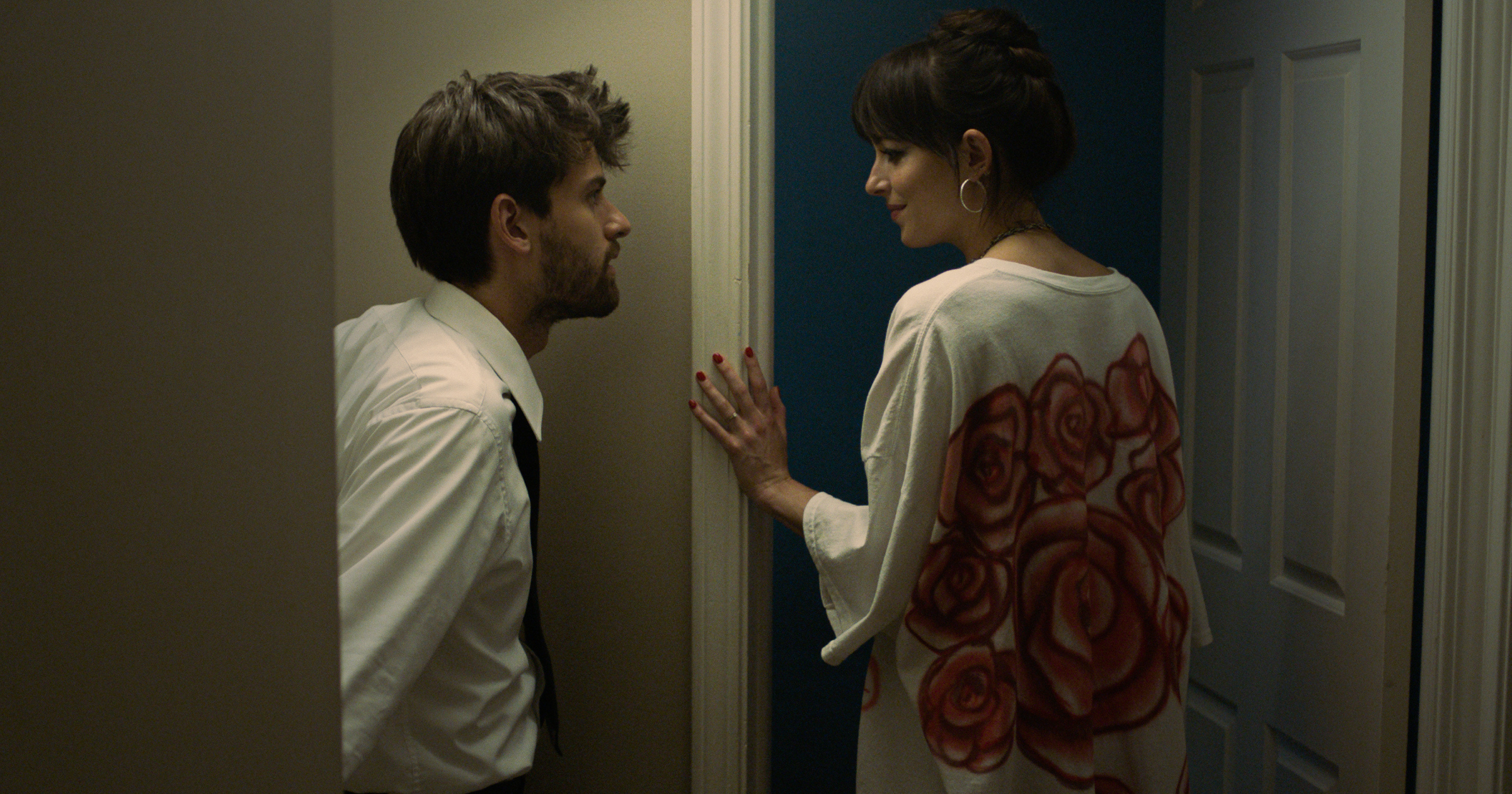 Apple TV+ will unveil film “Char Char Real Smooth” alongside for series at the 2022 SXSW Film Festival, it announced Wednesday. Series “WeCrashed”, “They Call Me Magic”, “Shining Girls”, and “The Big Conn”, as well as the feature, will all be screened at the prestigious festival.

“Cha Cha Real Smooth,” stars Dakota Johnson and was directed by Cooper Raiff (both pictured above). It recently won the 2022 Sundance Film Festival Audience Award. The movie tells the story of 22-year-old Andrew. He is stuck at home in New Jersey having graduated from college. Andrew ends up finding work as a motivational dancer at the bar and bat mitzvahs for his younger brother’s classmates. Consequently, he becomes friendly with a mom and daughter duo – Domino and Lola. This relationship helps Andrew discover what he really wants.

It’s so exciting to be able to add two wonderful new titles to the lineup for the 2022 Film Festival, as part of the outstanding selection of wide-ranging work that Apple TV+ is bringing to SXSW this year. Not only did we fall in love with ‘Cha Cha Real Smooth’ at Sundance, we jumped at the chance to finally host SXSW 2020 Grand Prize Award-winning filmmaker Cooper Raiff for his first in-person festival premiere (ever) with this new film.

There are a host of new series coming to Apple TV+ in the coming weeks and months. This includes those set to be screened at SXSW Film Festival,  Ms. Pierson added:

‘The Big Conn’ is a riveting, fascinating limited series we know our audience will embrace. We’re thrilled to have these join the other compelling Apple series that are premiering at the festival, including ‘WeCrashed,’ ‘Shining Girls’ and ‘They Call Me Magic.’

SXSW Film Festival 2022 will take place in Austin, Texas from March 11 through 19.