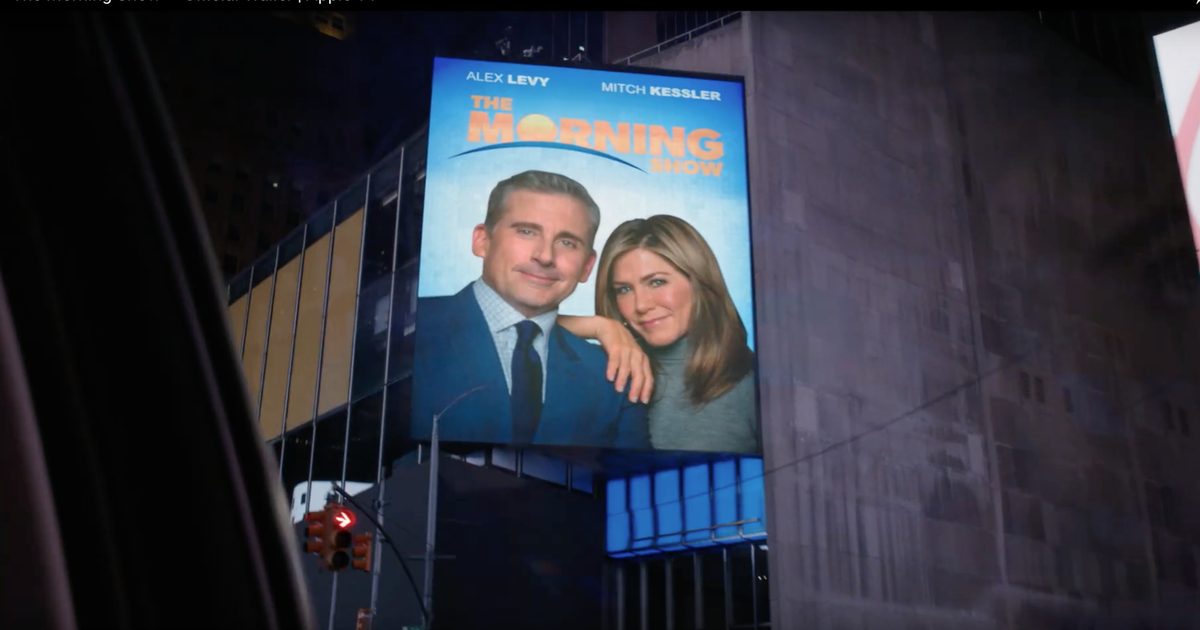 A full trailer for the Apple TV+ original series The Morning Show dropped Monday. It showed a story based around a television newsroom and all the issues that entails.

The program stars Jennifer Aniston and Reese Witherspoon, along with Steve Carell and others.  Apple’s caption for the video explained the premise:

What happens when the people you trust to tell the truth prove themselves to be dishonest? The Morning Show follows the free fall of an early morning newscast in the wake of a scandal, and its struggle to survive in an era when news arrives in the palm of your hand.

This full trailer arrived just days after a short clip appeared online. The Morning Show looks to be tense and dramatic, with a bit of a Newsroom vibe. The trailer also reminded me of the recent Emma Thompson film, Late Night. Apple is still giving no more release date details, beyond that Apple TV+ will launch in the fall. CEO Tim Cook tweeted The Morning Show trailer. He said the series contained “powerful, unforgettable performances.”