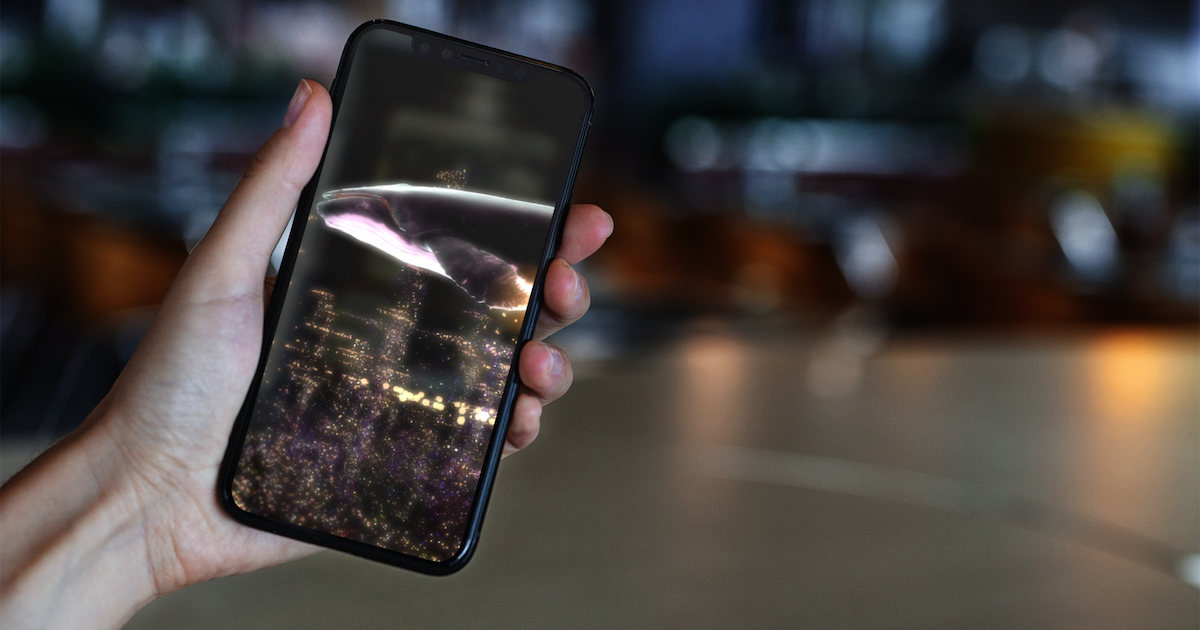 Star Trek: The Next Generation made the idea of a holodeck incredibly attractive. You could immerse yourself in a classic novel or your own narrative. Even though many consider VR and AR to be mainstream tech, Hollywood hasn’t caught up to that ideal. In fact, the world’s first metaverse movies don’t star any of the biggest Hollywood names. Instead, you can be the star.

The new app Visualax allows anyone with a compatible iPhone, iPad, or compatible Android device to take on the leading role in a 3D AR world, without the need for a special headset. Founder Amith Lankesar pointed out the idea behind his app in a recent press release.

Once in the metaverse world, it’s an adventure because you’re no longer just a spectator, but part of the movie interacting with digital characters just like the holodeck in Star Trek.

Immersing Yourself in the First Metaverse Movies

Even without an AR or VR headset, just about anybody can enjoy the new metaverse style of entertainment. The app is a free download, with subscriptions available for more premium content. Visualax uses your iPhone’s gyroscope and touch screen to navigate the virtual world.

Lankesar claims the app is quick-loading, and can be run for an hour or longer without overheating your device. The in-app introduction demonstrates how to turn down the graphics, for those on older iPhones that may be more heavily taxed than, say, an iPhone 12 Pro.

The name of the game, according to Lankesar, is visual relaxation. Hence the name Visualax. You can immerse yourself, at least as much as you can on a touch screen, in underwater environments surrounded by gorgeous digital fish or explore the history of the almost-extinct buffalo on the prairies of North America.