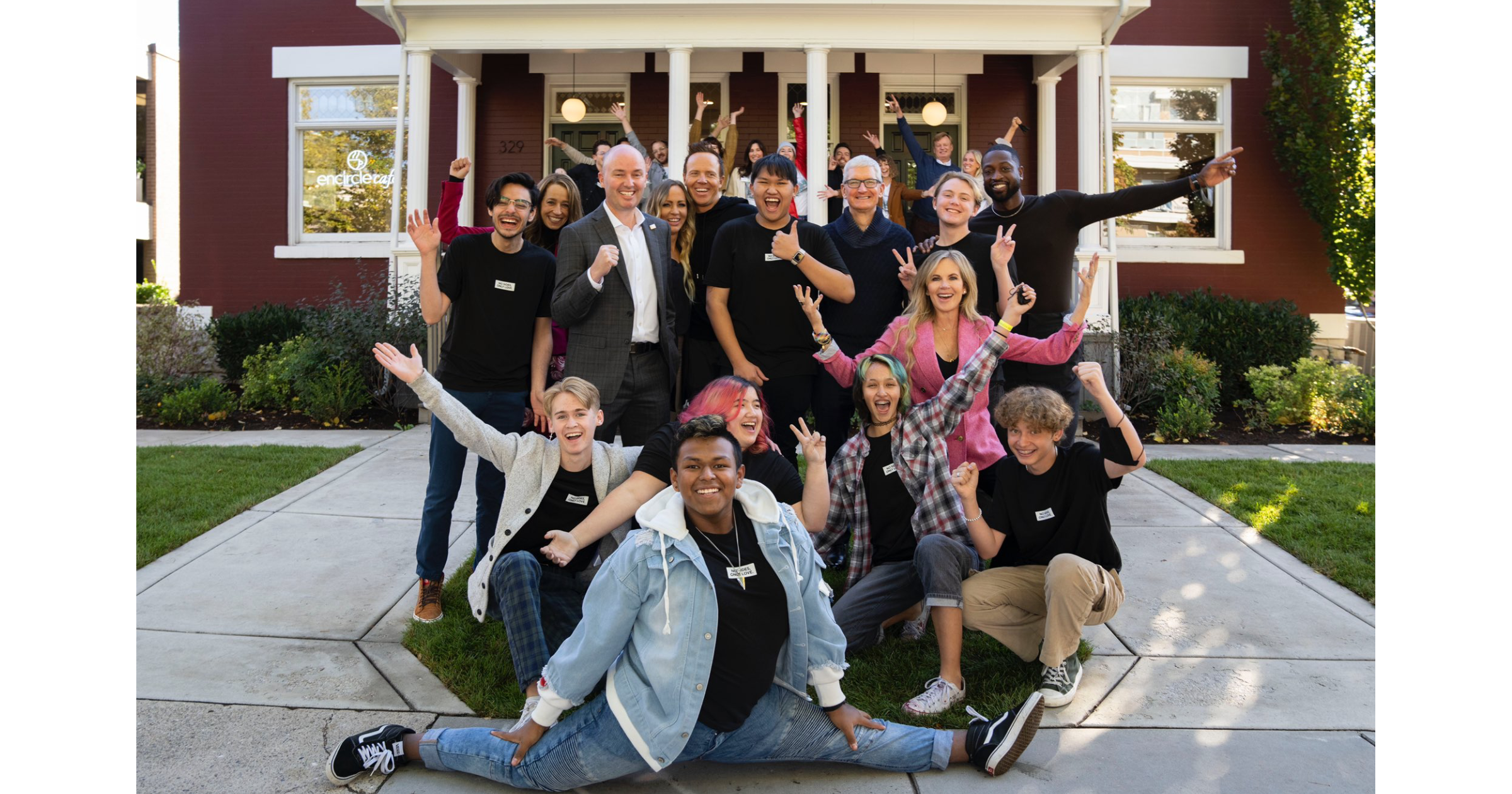 Tim Cook was in Utah on Wednesday. He was in attendance as LGBTQ+ family and youth resource center Encircle opened its first cafe.

Mr. Cook has become increasingly public in his support for the rights of LGBTQ+ people. He has also received various awards for his work in this area.

As well as supporting the LGBTQ+ center, Mr. Cook met with developers and Apple staff in Utah. He visited the company’s retail outlet at City Creek Center:

Stopped by Apple City Creek Center this morning to spend time with our customers and team members. Thanks for an awesome visit! pic.twitter.com/HG8aUy11bF

He also met with a variety of developers in the state. This included Red Game which makes Apple Arcade game Lego Brawls, and Ancestry.

Met with some of the great developers in Utahâ€™s growing tech community. Their apps & games, like @RedGamesCo and @Ancestry, are bringing families together. And @Instructure, @ResusciTech, and so many more are solving challenges in important fields like education and health. pic.twitter.com/HDpDyidsib

Mr. Cook has been on something of a tour in recent weeks, perhaps as a way of marking his 10 years as Apple CEO. He conducted a similar visit in New York not long after the release of the iPhone 13.