Twitter is once again available for macOS users via the Mac App Store, and it was built using Catalyst.

You can download the app here. It’s really nice to have a native Twitter app again, especially since the company made it harder to be a third-party Twitter client. The app looks like what we can expect as a typical Catalyst app. Like Photos, Podcasts, Music, and more, you’ll have a sidebar on the left and your content in the rest of the window. 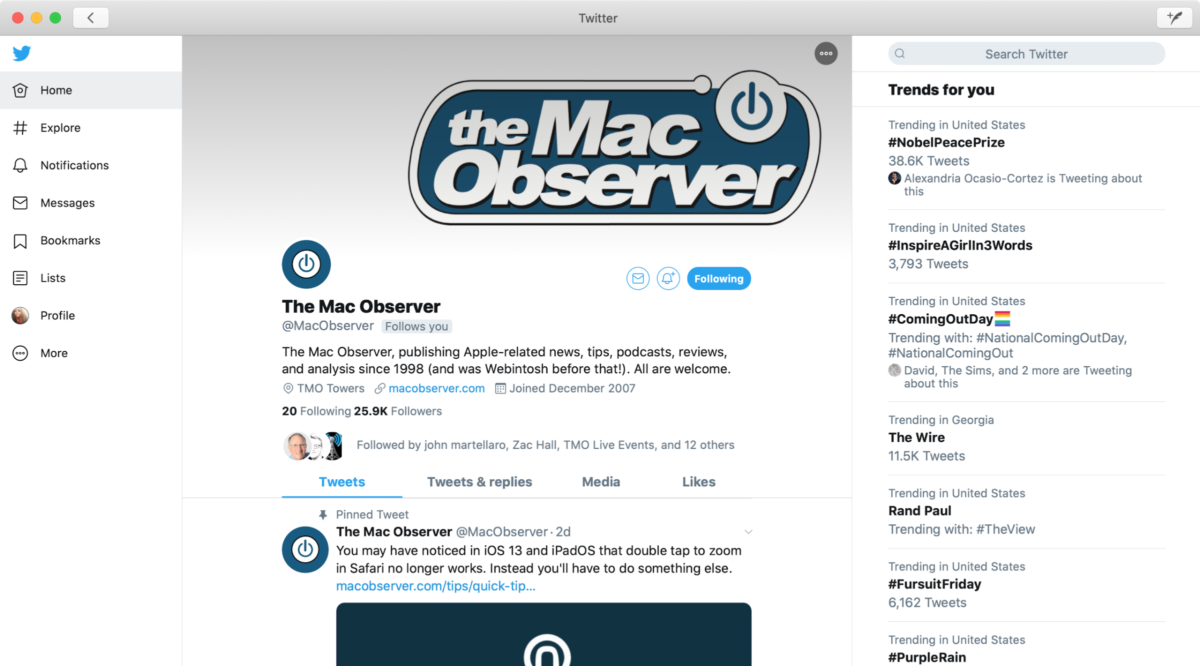 Over the years, Twitter for Mac and Twitter for iOS diverged as Twitter increasingly focused on its mobile apps. Supporting the two separate codebases was no longer a sustainable option and ultimately we sunset the native Mac app…

The new Twitter for Mac app will use our existing iOS codebase, rather than being built from a separate codebase, following the same successful strategy we’ve used with Web to expand our supported clients. By supporting key Mac-specific behaviors on top of our iOS code, we will be able to maintain feature parity across our iOS and Mac apps with relatively low long term maintenance costs.

[What Features Would Break After the Proposed Twitter API Change?]