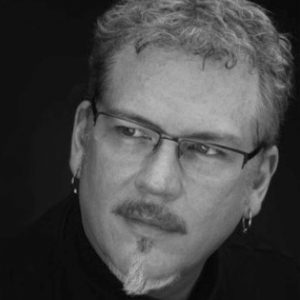 Bryan Chaffin is the co-founder and Executive Vice President of The Mac Observer. He is also our Editor-in-Chief. He’s been working lately as co-author of a new edition of iPad For Dummies, and so I enlisted him to discuss the future of the iPad.

We chatted about how the iPad has made enormous gains in CPU and graphics power over the last 10 years. But iOS and then iPadOS not so much. In the early days Apple wasn’t quite sure where the iPad would go, and that’s perhaps a factor in its development. We examined how multi-tasking has been implemented, the prospects for larger displays, home screen operations, consumption vs. productivity, the stagnation of sales, and whether there needs to be a new product between the iPad and Mac. Bryan resurrects the notorious concept of the ::gasp:: toaster-fridge. There’s much more.

Today our sponsor is Linode.

Linode helps you design, develop and deploy in the cloud.

You can build dedicated CPU, distributed applications, hosted services, websites, and CI/CD environments. If it runs on Linux, it runs on Linode.

Linde is focused on simplicity, service, and value. Built using the most up to date hardware and a Next Generation Network backbone, Linode allows users to comply with in-country data protection requirements while taking advantage of all Linode’s technology and tools.

The goal is to maximize the benefit you receive from your cloud by making it cost-effective to deploy robust compute, storage, and networking services that meet your ever-changing performance needs.

Pick from any of 10 worldwide data centers including the newest in Toronto.

Pay only for what you use with hourly billing across all plans and add-on services. Plus, 24 x 7 live customer support is always just a phone call away.

You’ll be able to deploy and maintain your infrastructure simply and cost effectively.

Plus, Linode’s tools make it easy to provision, secure, monitor, and back up your cloud.

To learn more, visit linode.com/BGM. All new customers will receive a $20 credit.