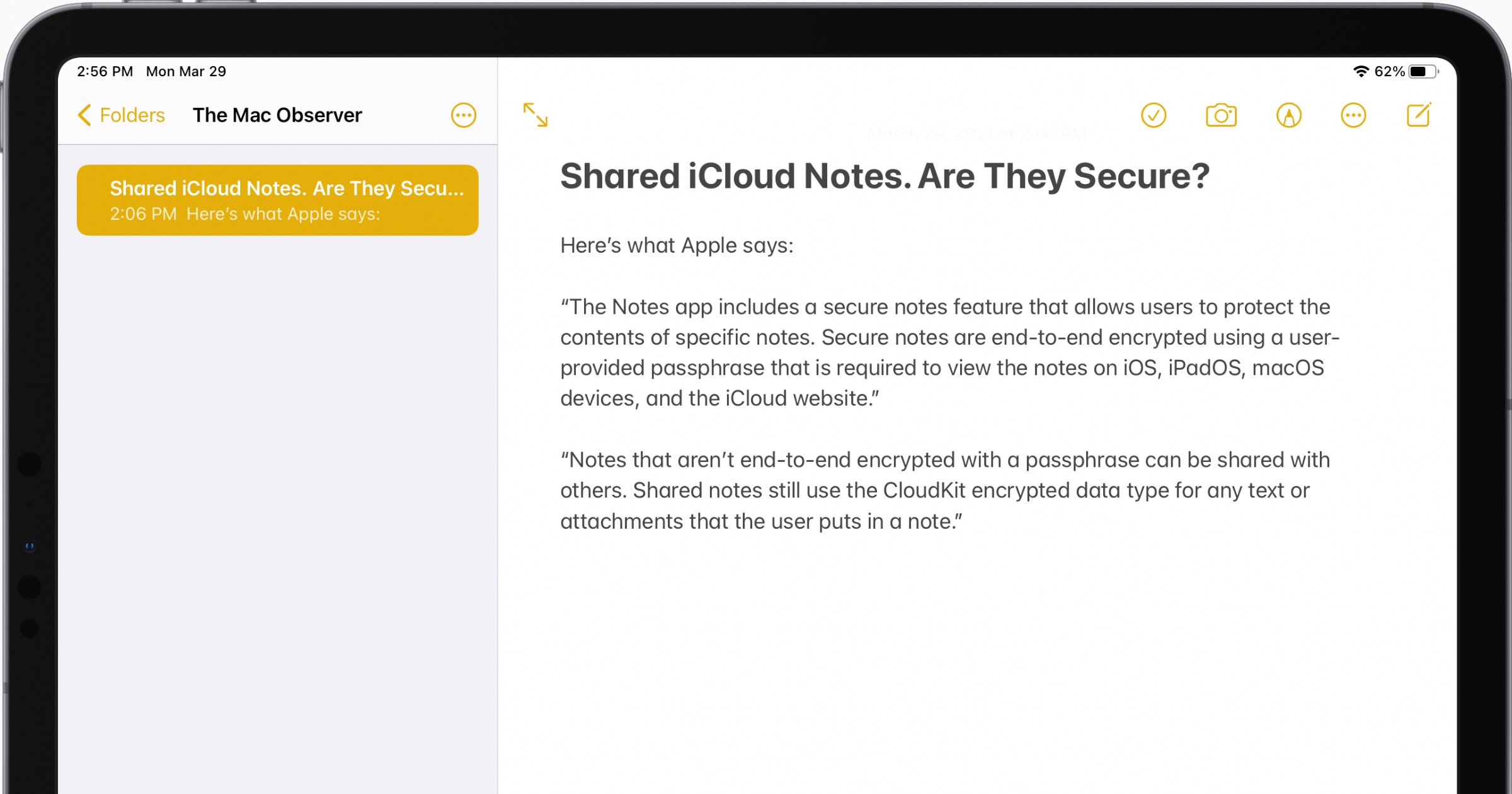 TikToker Aakaanksh Autade discovered that you can use shared Apple Notes as a secret messenger (via In The Know).

Apple Notes can be shared with other Apple users as a way to collaborate. But it can also be used to send messages to people. Mr. Autade revealed why he highlighted this feature.

What seemed on the surface to be a silly hack to communicate with your friends (or to sneak messages past your significant other) was actually inspired by victims of domestic abuse who reached out to him to ask if there were ways to hide certain apps and messages. That’s when he stumbled upon this method.

Apple users can share individual notes or an entire folder filled with notes. You’ll need to set up iCloud and make sure you’re signed into your devices with the same Apple ID. 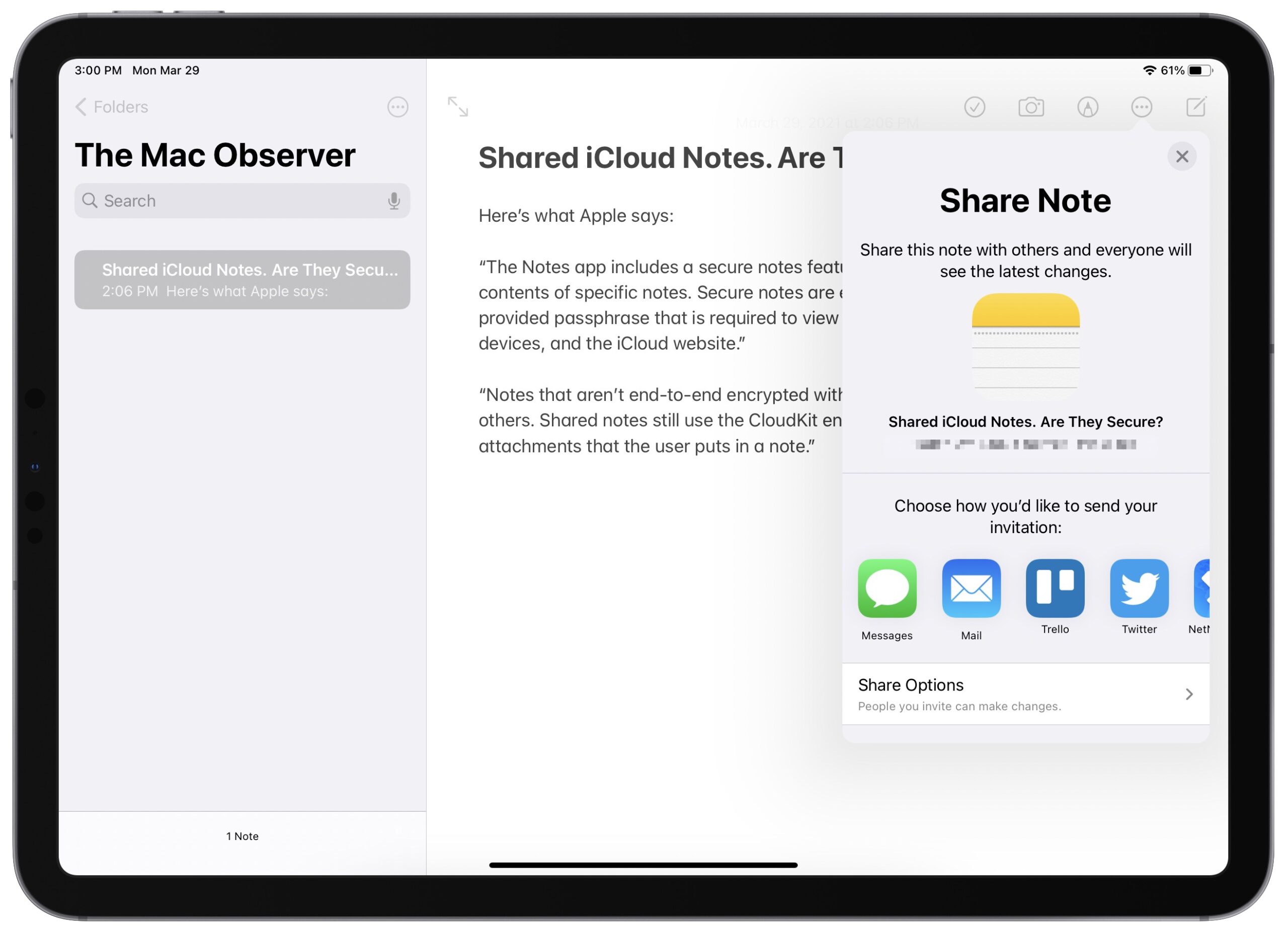 How Secure Are Apple Notes?

Sending messages this way is certainly secret, but is it secure? Here’s what I’ve gleaned from Apple support pages. First, on iCloud Security Overview Notes is listed as being encrypted in transit and on the server. This means that your notes are encrypted while they are being transmitted to Apple’s servers, and also encrypted on the server, or “encrypted at rest.” This is not end-to-end encryption, though.

It’s also good to point out that iCloud Backup does not include content already stored in iCloud, like iCloud Notes and iCloud Photos. This is important because iCloud Backup itself isn’t end-to-end encrypted. Under certain circumstances, Apple can help you recover your backup in the event you lose your Apple ID password.

In conclusion, shared iCloud notes are not end-to-end encrypted. But they are still secure because Apple encrypts them in transit and at rest. There are different levels of security. The bottom line is that in most situations, shared notes are fine and safe. But certain people, like whistleblowers or journalists, may want to use a note-taking service where all notes are end-to-end encrypted everywhere. One such service I’ve tested is Standard Notes.