In iOS 12 you can create album folders in the Photos app. This offers much better photo organization. But the way to create them is a little hidden. 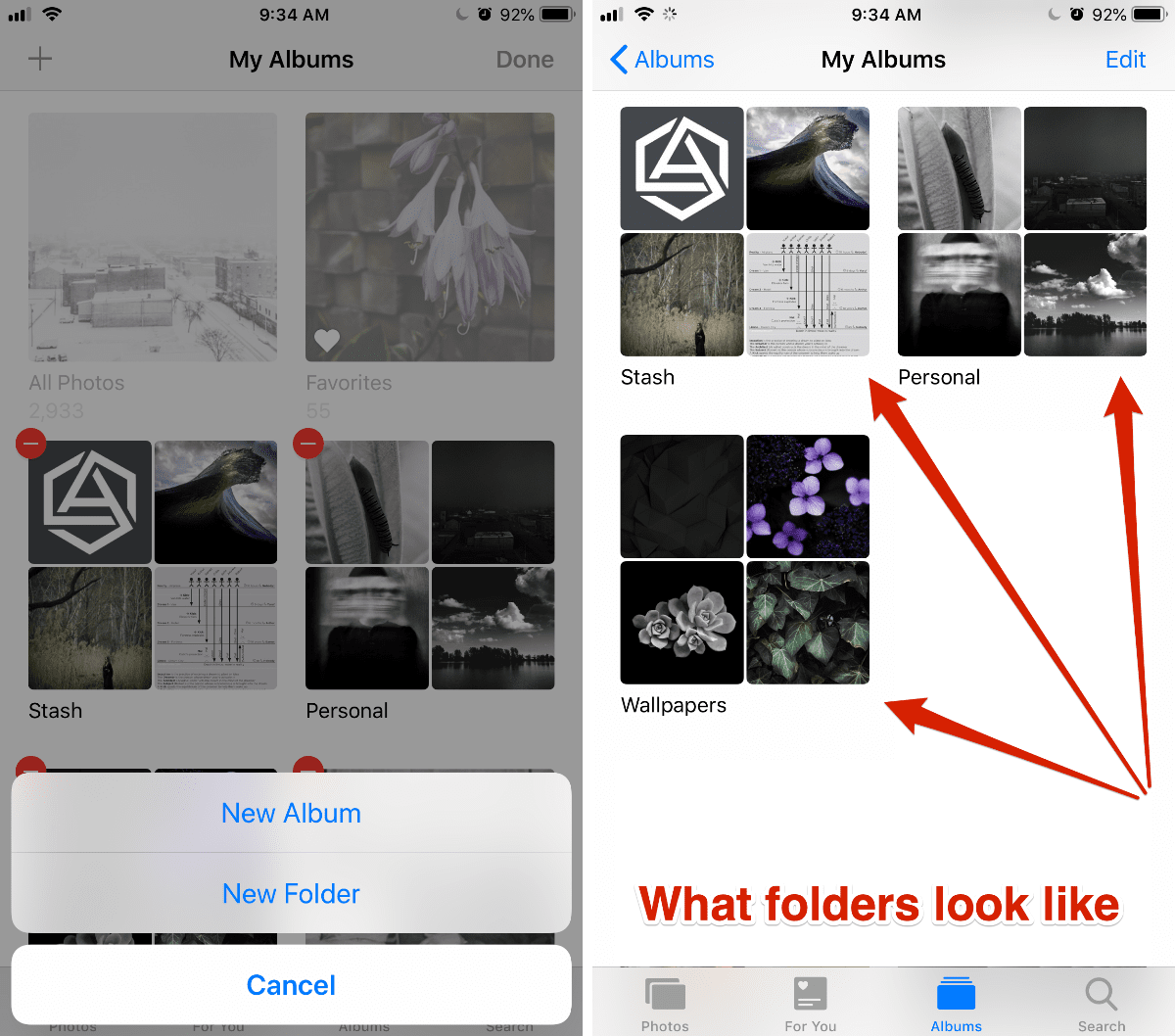 Now the folder is ready to contain albums, or other folders. Yes, folders can contain folders! Tap on the folder, and repeat the same steps. Tap on Edit, then the plus, to add new albums and folders. On iOS you can’t drag and drop folders into albums, so you’ll have to create a new album inside the folder, then manually select photos to add.

[iOS 11: How to Turn On the Long Exposure Live Photo Effect]

One thought on “iOS 12: How to Create Album Folders in Photos”