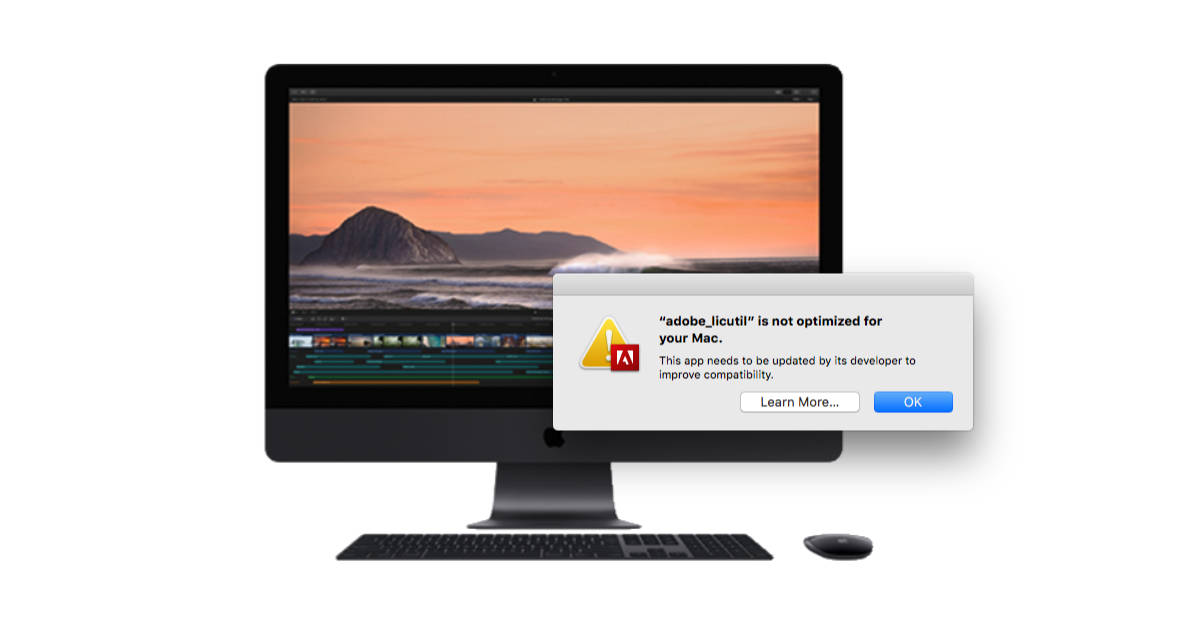 64-bit apps can access more memory and potentially operate faster than 32-bit apps. That assumes, of course, your Mac has a 64-bit processor. Modern macOS technologies, like Metal graphics acceleration, are 64-bit features and won’t run on Macs with 32-bit processors.

64-bit support has been around starting with macOS 10.5, and now 32-bit support is being phased out. Apple started requiring 64-bit support for all titles submitted to the Mac App Store as of January.

Why am I Seeing a Warning that Apps aren’t Optimized for My Mac?

Apple is trying to give everyone as much warning as possible that eventually macOS will be 64-bit only. If you launch a 32-bit app on your Mac you’ll see the warning saying it isn’t optimized for your Mac and that the developer needs to update it to improve compatibility.

Do 32-bit Apps Still Run on My Mac

When Apple eventually drops 32-bit support from macOS, those apps that are still 32-bit will stop working. That’s why Apple says developers need to update their apps with 64-bit support to improve compatibility.

How Can I Tell Which Apps are 32-bit?

As of now, launching a 32-bit app will show the warning dialog. If you’d rather look at a list of apps instead of launching each one to see if it’s 32-bit, that’s an option, too.

Just go to Apple menu > System Report, and select Applications. The Applications list shows each app’s version number, as well as if it’s 64-bit or 32-bit.

Will My 32-bit Apps Still Work?

Yes, your 32-bit apps will still run even though the compatibility warning pops up. When Apple decides to release a 64-bit only version of macOS, however, they won’t launch any more.

When is macOS Going to be 64-bit Only?

Apple isn’t saying yet when macOS will be 64-bit only. Since Apple is requiring 64-bit support for all Mac App Store submissions, we’re definitely getting closer. Based on that, we’re guessing the change could come in 2020.

If you bought a new Mac starting in 2007, it supports 64-bit apps. Not so coincidentally, that’s when macOS 10.5 was released with 64-bit support.

What Do I Do if My Important Apps are Still 32-bit?

If you rely on Mac apps that are still 32-bit, check with the developer to see if a 64-bit update or new version is available. If not, ask how long you’ll have to wait for 64-bit support.

If a 64-bit version of the apps you need aren’t coming, it’s time to start looking for alternative apps. It’s better to find an alternative that works now instead of waiting until 32-bit support is gone.