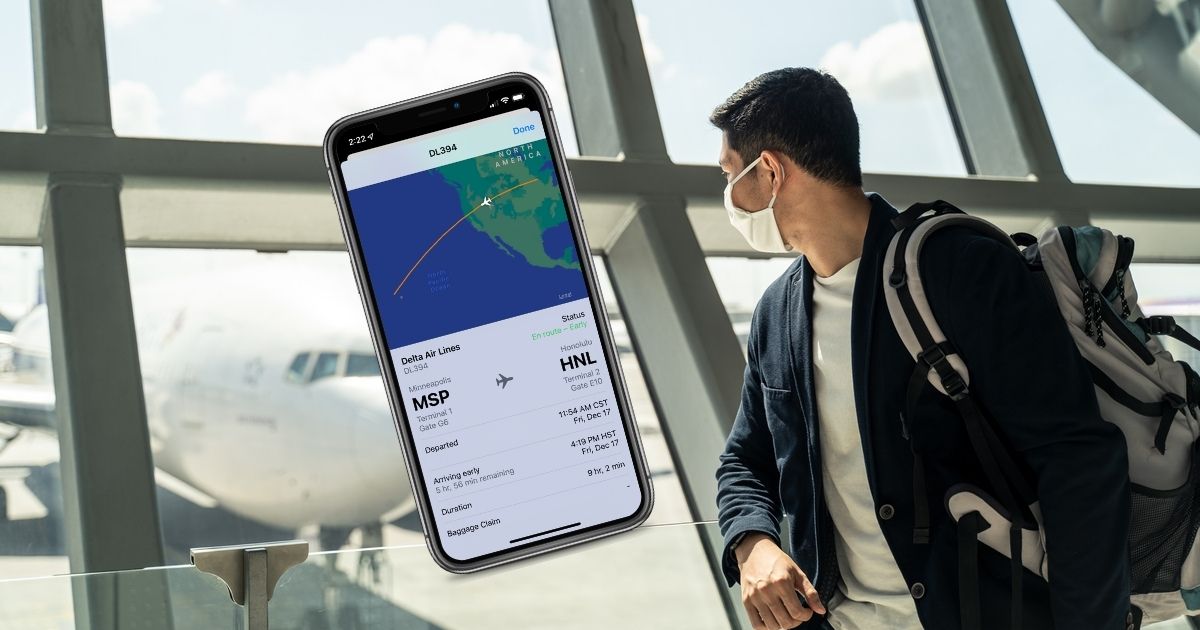 Whether you’re the one traveling or a loved one, you often want to track the flight. You may need to coordinate airport pickups, or just want the peace of mind knowing the flight is on schedule. There are several apps to help with that, but you don’t need them. With iOS 15, you can track flights in Messages.

Get Flight Information in Messages

All you need to track flights and preview the airplane’s path is the Messages app on your iPhone and the flight number. You’ll be able to get the plane’s current status on an interactive map, along with departure and arrival gates and times. You’ll also see any delays and, for some airports, baggage claim information.

It’s all done using the data detectors that have been around since iOS 9 and macOS High Sierra, at least. If you send or receive a text using iMessages containing a flight number, you’ll see it underlined. 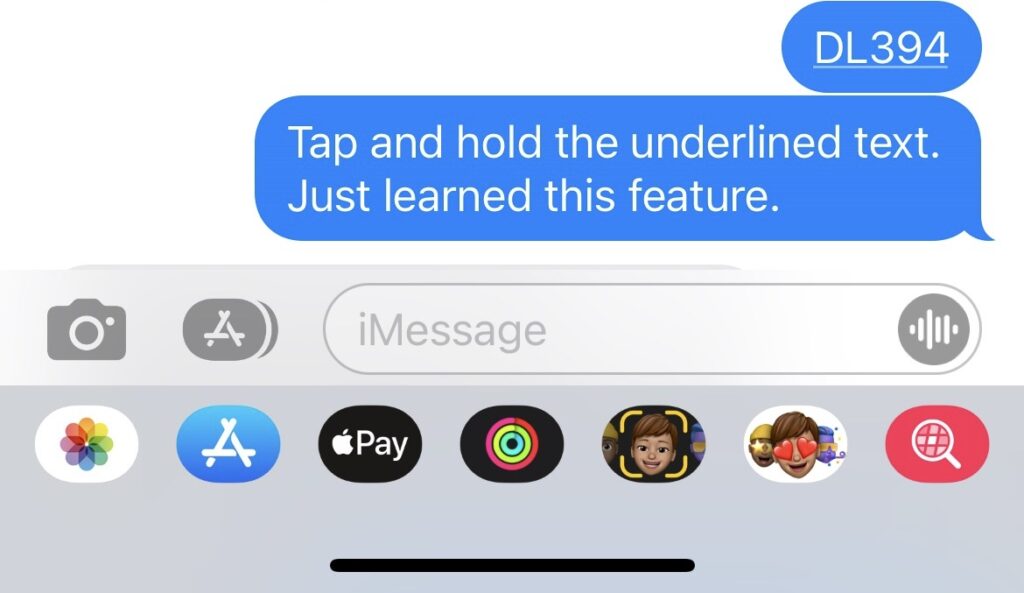 To make sure it works, you or your loved one should include the full airline name (like United Airlines, Delta Airlines, etc.) along with the flight number. If you know the IATA prefix of the airline, you can use it instead. In this case, Delta Airlines flight 394 would be DL394. 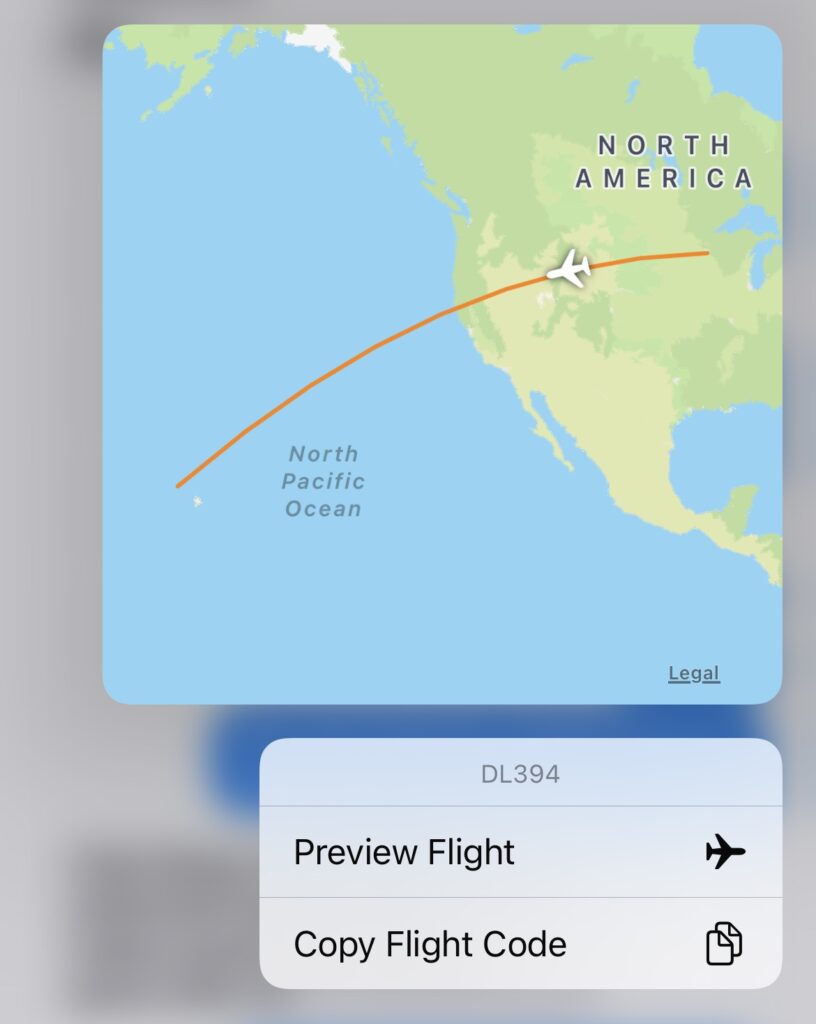 Tap and hold the underlined text, and a menu allows you to preview the flight or copy the flight code. Before even making a selection, though, you can see the progress of the flight if it’s in the air.

It Works On Your Mac, Too 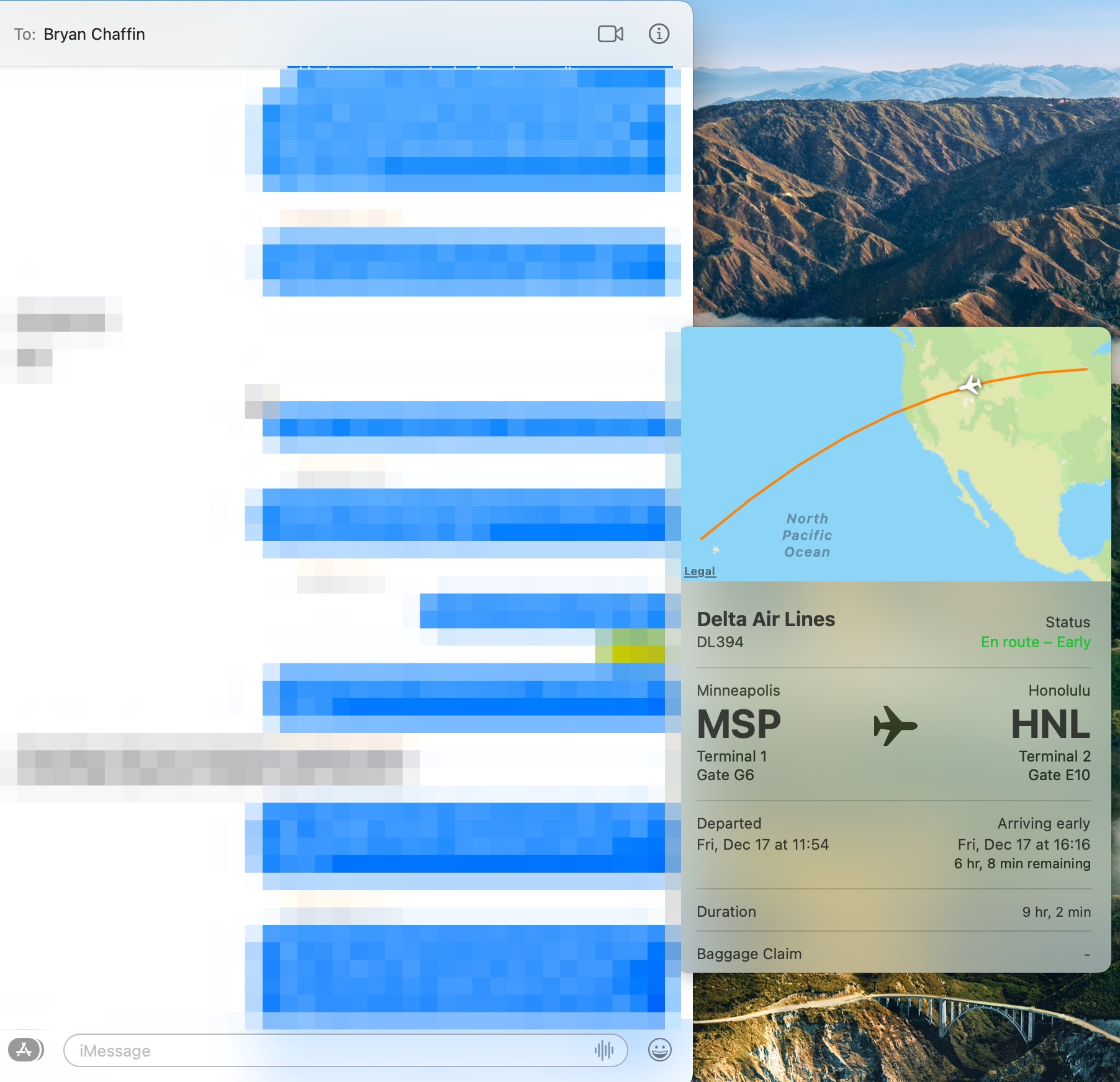 This same feature will also work on the Mac, by the by. Just click the underlined flight number and away you go. On top of that, you can enter the flight number into Spotlight. Both iOS and macOS will quickly look up the flight data you want. As a reminder, you access Spotlight with Command-Space on macOS. On iOS, swipe down on an empty part of the screen.