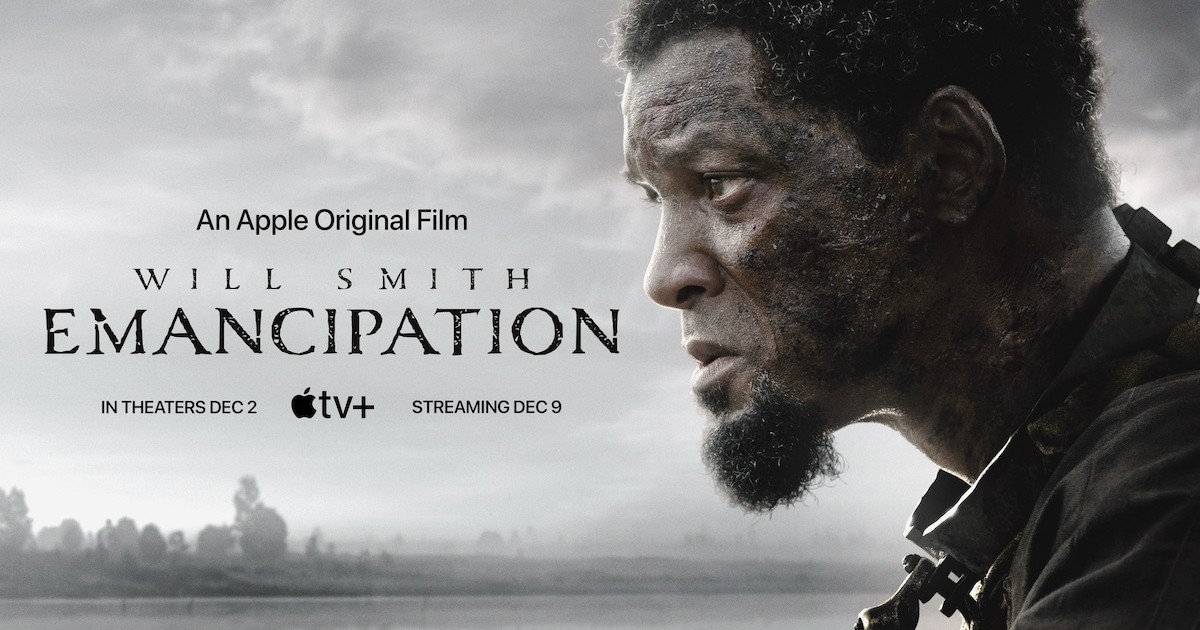 Will Smith’s new movie Emancipation is now available for streaming on Apple TV+, and we’re going to take a look at how audiences can access the film.

Available through a variety of methods, there is also a promotional offer for the film wherein audiences can get two free months of Apple TV+ until Jan. 14, 2023.

How to Stream ‘Emancipation’ on Apple TV+

Will Smith’s new film Emancipation is now streaming on Apple’s streaming service, and we’re taking a look at how audiences can stream the movie.

Emancipation follows the story of Peter (Smith), a slave that escapes from his plantation to search for his family. Surviving in the swamps of Louisiana, Peter joins the Union Army. While receiving a routine medical examination, doctors notice the scars on Peter’s back caused by plantation owners. Newspaper The Independent photographs the scars, and publishes them, making it one of the first times the public was truly made aware of the brutality of slavery.

Available on Apple TV+, users will need a subscription to the streaming service in order to view the film. Available for $6.99 per month, Apple TV+ is also available through the Apple One subscription bundle, which also includes access to a variety of other Apple services.

Users will need access to a device that has the Apple TV+ app available. Naturally, an Apple TV 4K will make this a lot easier, but other devices, such as a Roku or Amazon Fire Stick will have the app available as well. Once users have the app, streaming the film is as easy as logging in with your Apple ID.

Users are also able to view the film through their web browser at tv.apple.com.

To celebrate the release of the film, Will Smith is working alongside Apple to provide new users a free two-month subscription to Apple TV+. Available to redeem until Jan. 14, 2023, the offer is valid for anyone currently without a subscription to the streaming service.

Despite Will Smith creating a spectacle at this year’s Oscars, many are still considering the film to be a top Oscar contender.

Of course, alongside Emancipation, there’s also plenty of other content to enjoy on Apple TV+ as well.

Have you seen Will Smith’s Emancipation? What did you think about it? Let us know in the comments.