One thing you could do to make them slightly less annoying, though, is to choose which one to set as your default. If you print to a particular device way more often than another, it makes sense to do so, considering that the Mac’s usual behavior is to always default to the last one you used when you choose File > Print.

That’s the last printer I used. And also the only one I have. AND I was too lazy to get up and turn on the darned thing so it wouldn’t have that “hey, I’m disconnected” lightning-bolt symbol on it. I’m working SO HARD for you guys right now.

Anyhow, it’s easy as pie to set a default printer. Just choose System Preferences from the Apple Menu at the top-left of your screen, and then click on “Printers & Scanners.” 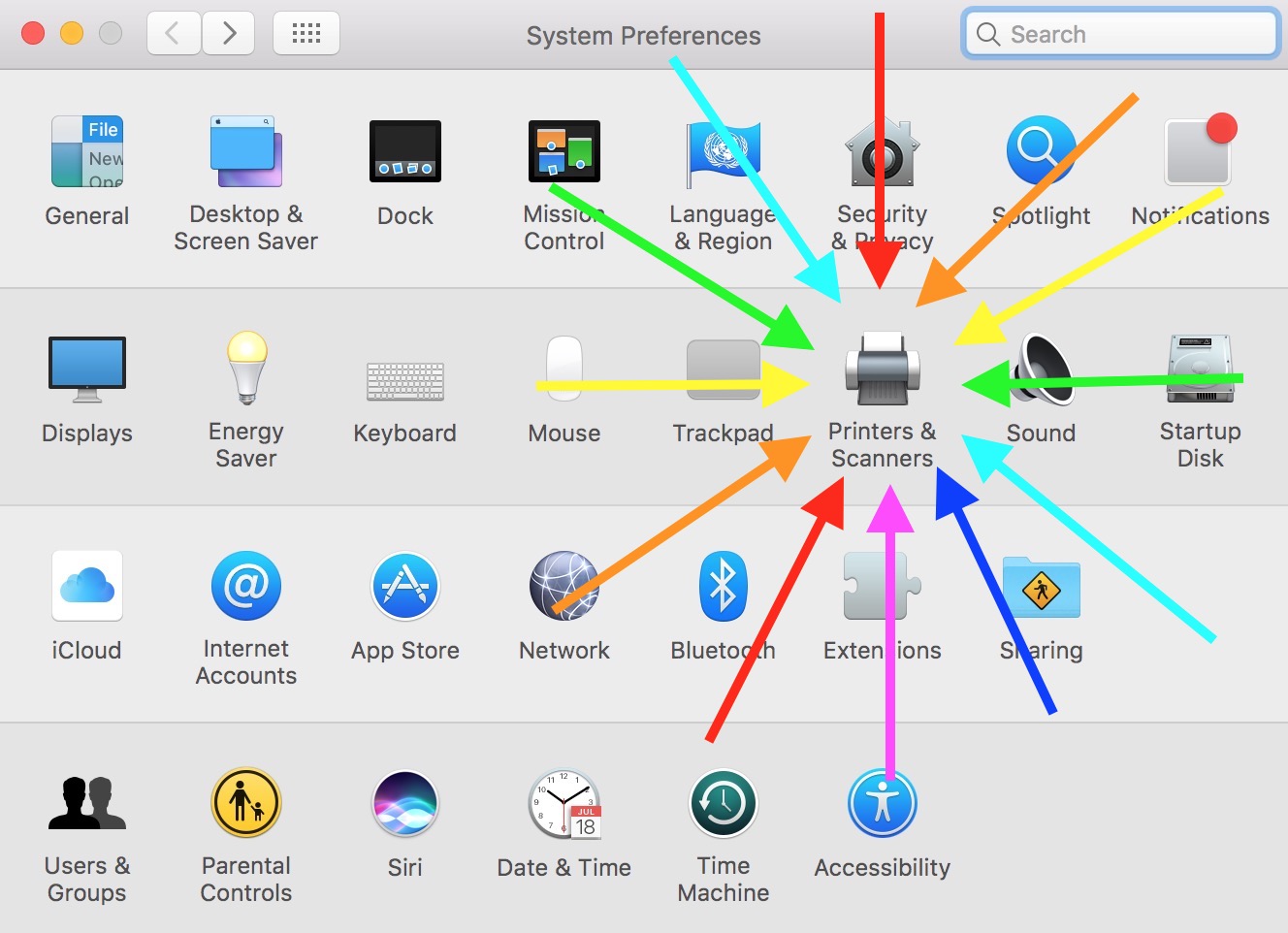 That screenshot’s not overdone, right? I thought not.

Once “Printers & Scanners” opens, you’ll see a list of your devices on the left, and you can pick which one you want as the default from the drop-down near the bottom of the window. 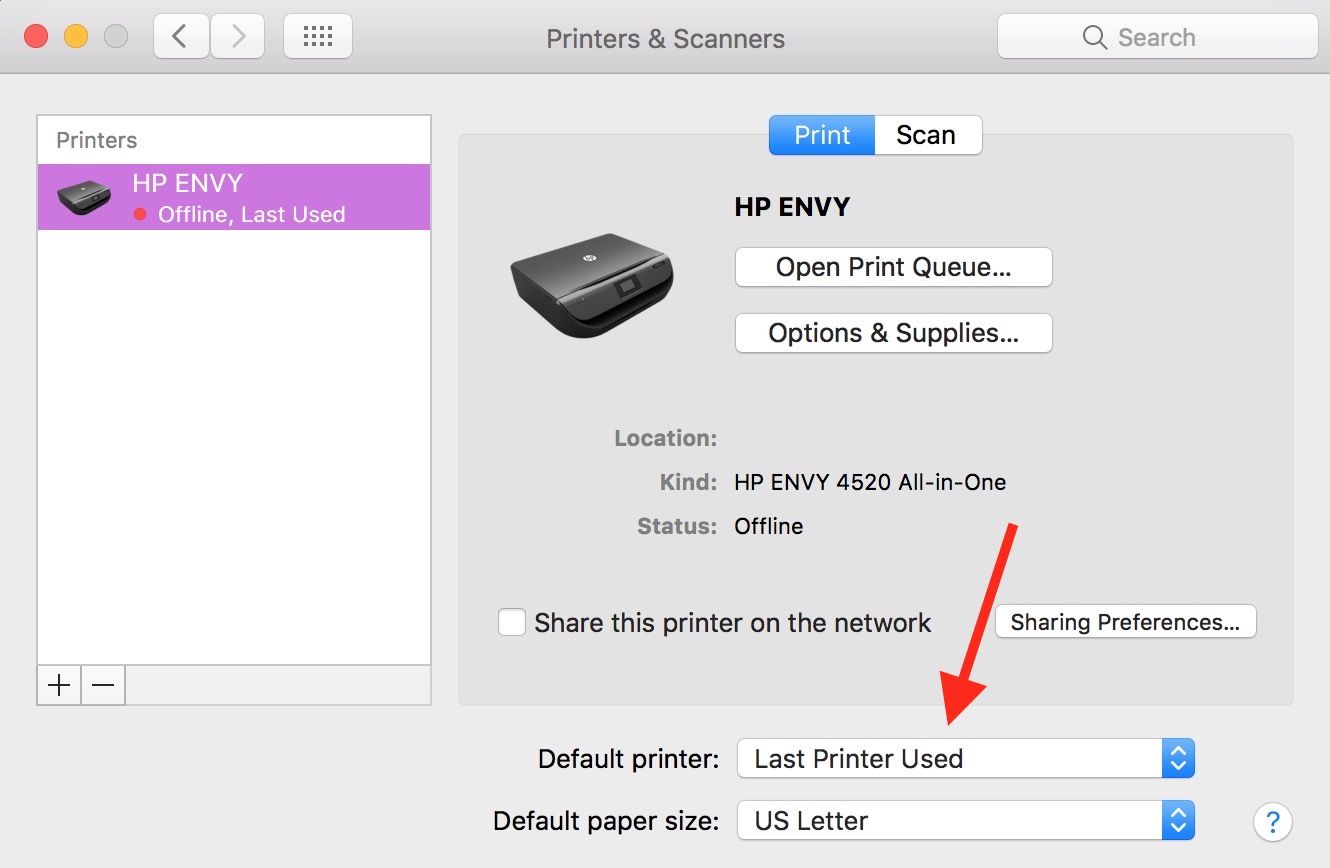 Or if you wanna get all fancy-like, you could instead right- or Control-click on the correct one from your list and pick that option from the contextual menu. 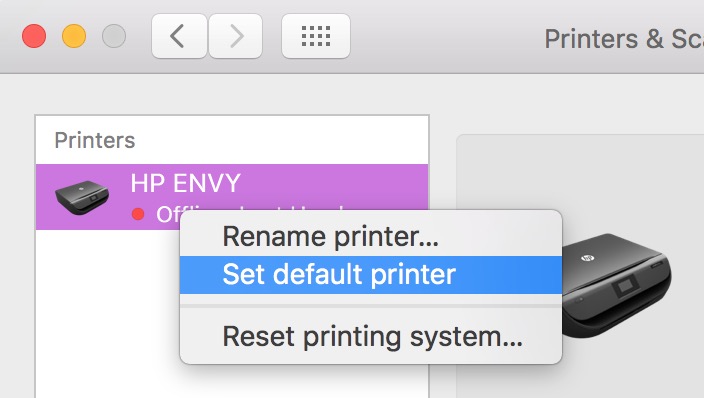 I always do it that way for some reason. Looks cooler.

When you’re finished, you can just close the System Preferences window, and when you print something forever after, your Mac will assume that you want to use the device you set as the default. Of course, you can click the drop-down shown in my first screenshot to temporarily switch to a different printer if you need to, but then it’ll always revert back to the default for the next job.

Did printers just become a tiny bit less terrible? No, they actually did not. But at least I’m trying here.

Is there any way to have the default printers switch automatically based on location or network? I used to use Sidekick. But it is not supported anymore and doesn’t work. Are there any other solutions?

It is handy when I the last printer I used was my labeler and not the laser. 😀