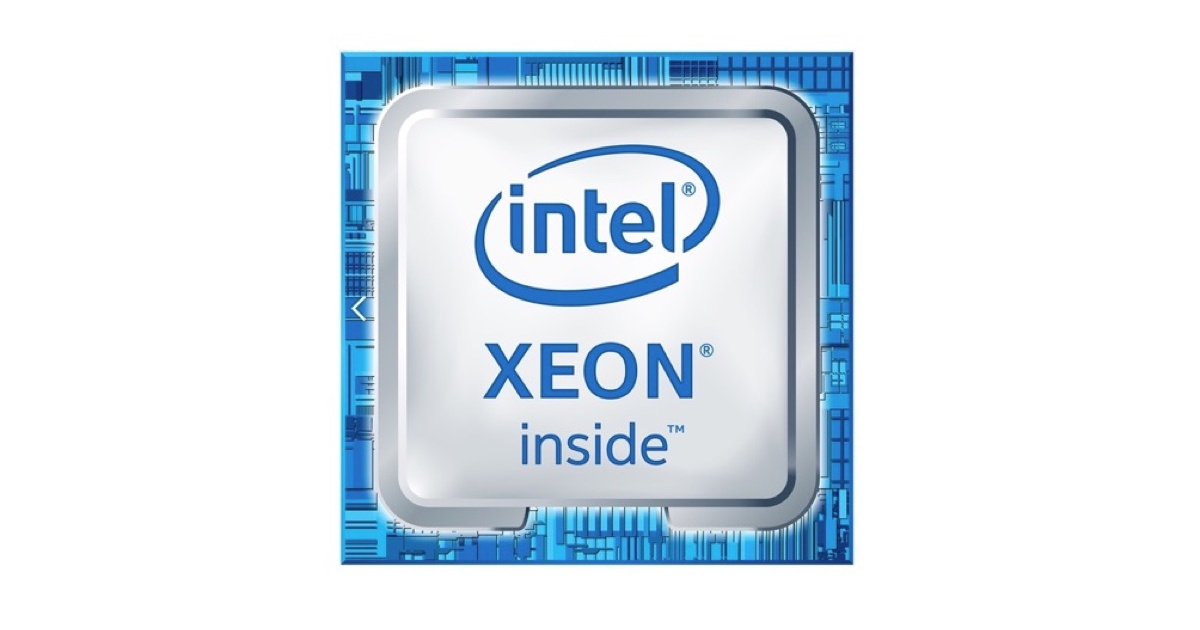 Recently, we learned that Apple may be seriously considering the use of a Xeon CPU in its so-called “server-grade” iMac planned for later this year. There are good technical reasons why the use of the Xeon has entered the discussion in what has traditionally been considered a consumer iMac—in contrast to the Mac Pro which has had Xeons all along.

Like may elements of society, personal computers are also falling into what’s called a bimodal distribution. Education is a case in point. The advent of inexpensive tablets (and Chromebooks) that can do most of what’s needed has left a gap in the middle price range. More advanced students, professors and researchers, however, need the computational and graphics power to do advanced work. There’s a pricing hole in the middle.

Similarly, in professional circles, where Apple left a performance gap in its aging Mac lineup, other companies, notably, HP have moved in and catered to those pros with really powerful workhorse machines that have more memory, better memory bandwidth, and more computational punch.

Apple appears to have become sensitive to this movement and the demands of the creative and technical professionals. See, for example:

The technology, nomenclature and models of the various Xeon processors can quickly become complicated. I’m going to keep it at a high level and cite just a couple of sources. (Here are some additional technical details, as background, for the geeks.)

I started with the idea that I’m seeing more and more references to Xeons in areas where it seemed that Core i5 and i7 dominated almost exclusively. It’s probably that bimodal trend. I asked Jim Christensen at HP about it, with the initial hunch that a Xeon is required for Error-correcting Code (ECC) Memory. He confirmed that and told me:

The reason behind Xeon and ECC memory is for data integrity mainly. The combination provides server class data and calculation integrity that is not available in Core processors. Xeon processors also tend to have faster clock speeds.

I got further confirmation directly from Intel. It’s not as if there’s been a dramatic reduction in Xeon prices or any new emphasis by Intel. Xeons have been around since 1998. Rather, the demands of professionals have meshed well with the entry-level E3-class Xeons. Stephen Gabriel at Intel told me:

This is why, for example, there is an option for the E3-1200 V5 in the HP Z2 Mini entry-level workstation that I recently reviewed. The E3 supports only one processor with multiple cores.

In general, then, here are some reasons to select a Xeon CPU, the E3 class, in preference to a Core i7.  Briefly and not exhaustively,

Apple was evidently taken aback by the Microsoft Surface Studio announced last October. In parallel, HP has been working on some very serious Z notebooks and workstations that appeal strongly to professionals. If my email is a glimmer, Apple has come under strong pressure from those creative and technical professionals: “Give us the power we need, or we’ll look elsewhere.” Accordingly, the article I cited above suggests that this fall’s “pro” iMac will have a Xeon E3-1285 v6.

For clarification, there are three levels of Xeons. I’ve mentioned the entry-level E3 above. The E5 is a mid-range system for high-end desktop workstations. These Xeons don’t have integrated graphics, and so they’re geared towards a partnership with a very high end GPU. A familiar example is the 2013 Mac Pro with its E5-1620 v2 (and AMD FirePro GPUs) that supports multiple processors, each with multiple cores. (The FirePro was strong in 2013, not so much now.)

And so, we can likely expect the 2018 Mac Pro that Apple recently talked about to have an E5-class CPU and very powerful discrete graphics.

The E7-class Xeon is used primarily in very high-end server farms in data centers. You won’t see one in your Mac any time soon.

Technical and creative professionals need extreme silicon quality and stability, high memory bandwidth, lots of RAM and ECC memory for mission critical uses. If Apple is going to regain the trust and admiration of technical professionals who want to use 5K (8K?) iMacs for high end CAD, graphics, professional VR, video production, and scientific computation, then it’s a very natural thing to move to the E3-class Xeons. For those who need even more power and the benefits of their own specialty displays, the (presumed) 2018 Mac Pro with E5-class Xeons and massively capable graphics can carry an even higher load.

All in all, it appears as if Apple is back on the Mac extreme power bandwagon, and it’s very welcome indeed.

Jim Tanous helped with some aspects of this article. However, I assume all responsibility for any technical errors.

There’s a really good reason why Xeon’s don’t have a GPU, servers are almost invariably headless – they have a VGA output at 1024×780 for setup and that’s it. Virtualised platforms like VMware and KVM eat as much CPU and RAM as you can throw at them, and MacOS is no different, because of its Unix roots. Separate GPU’s make sense for top-end systems so why use a chipset that has a GPU embeddded?, and we all know that Apple wants to develop its own GPU’s which will fit perfectly well in an iDevice or an iMac or Mac Pro.… Read more »

Hold up, hold up. Two factual errors in this article: 1. Xeons are made of higher quality silicon. Not true. They are made from the same bins as the Core series. As a system builder who has sent out thousands of systems, I have only seen two CPUs come back that went bad… and one of them was a Xeon. 2. Xeons tend to have higher clock speeds. Not true. The Core K-series chip have higher clock speeds and lead all CPUs in single thread performance. Xeons tend to be clocked lower, especially since they also tend to have higher… Read more »