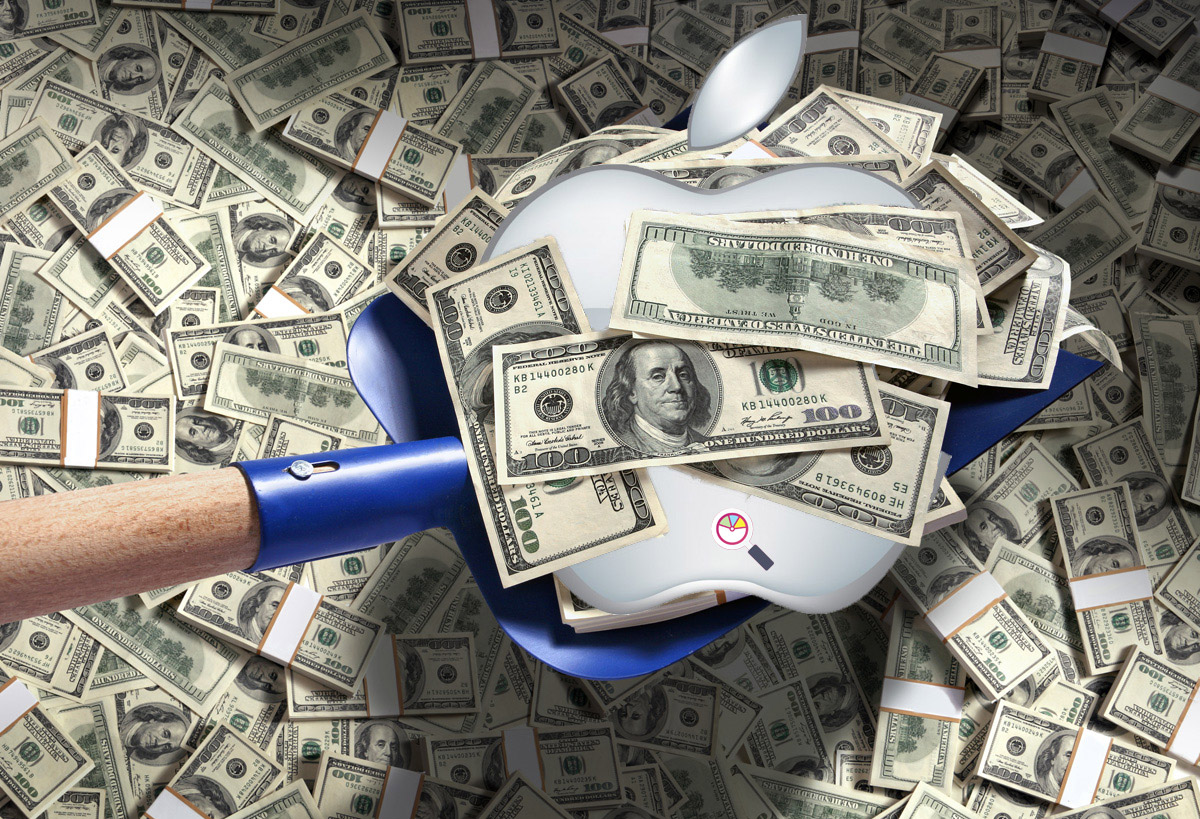 Apple already had an enormous stock buyback program in place, a $210 billion program that was originally supposed to be completed by March of 2019. Apple has instead accelerated that program to be completed by the end of June of this year, three quarters early. Apple said this was possible, in part, because the company believes it is under valued.

As part of that acceleration, Apple CFO Luca Maestri said during the Q2 conference call with analysts that Apple had repurchased more than $23.5 billion in shares during the March quarter alone. That included retiring 137 million shares of AAPL.

That $210 billion share buyback program was part of a larger $300 billion capital return program that includes dividends. All told, Apple has completed $275 billion of the larger program.

One note: shares of AAPL languished during much of the March quarter, falling in recent weeks on persistent and inexplicable rumors that iPhone X has been a failure. This, despite the fact that iPhone X has been the number one selling iPhone since its release. My point, however, is that Apple pumped some $23.5 billion into the markets during the last quarter, buying into the rumor-sparked selling. The stock would no doubt have fallen much more without Apple’s aggressive buybacks during the quarter.

Apple said it would start executing the new $100 billion program starting in the June quarter. Luca Maestri noted the size of the program is unprecedented—while smaller than the existing programs in aggregate, no company has announced a single share buyback program of this size at one time.

“Considering the unprecedented size of this new authorization,” Mr. Maestri said, “we want to be particularly thoughtful and flexible in our approach to repurchasing shares. Our intention is to execute our program efficiently and at a fast pace.”

While the company didn’t lay out a specific time table for spending that $100 billion, it will begin in the June quarter, even as the company is finishing up its previous share buyback authorizations. If the past quarter is any indication, Apple could snag tens of millions of shares off the market over the next 4-5 quarters.

That’s in addition to the roughly $3.7 billion in dividends Apple will pay out every quarter. All told, Apple is on track to spend as much as $14.82 billion over the next year on dividends. That’s more than Walmart earned in total profits in 2017, and not quite twice energy giant Exxon Mobil’s 2017 profits.

Tax reform makes it possible for us to execute our program more efficiently, both for share repurchases and payment of dividends to the tens of millions of investors who own Apple stock, either directly or indirectly, from large pension funds to individuals with a retirement account.

So today, given our strong confidence in Apple’s future, we’re announcing a significant update to our capital return program. Our board of directors has approved a new $100 billion share repurchase authorization, as well as a 16% increase in our quarterly dividend, effective with our next dividend payable later this month.

Luca Maestri emphasized these points during his comments.