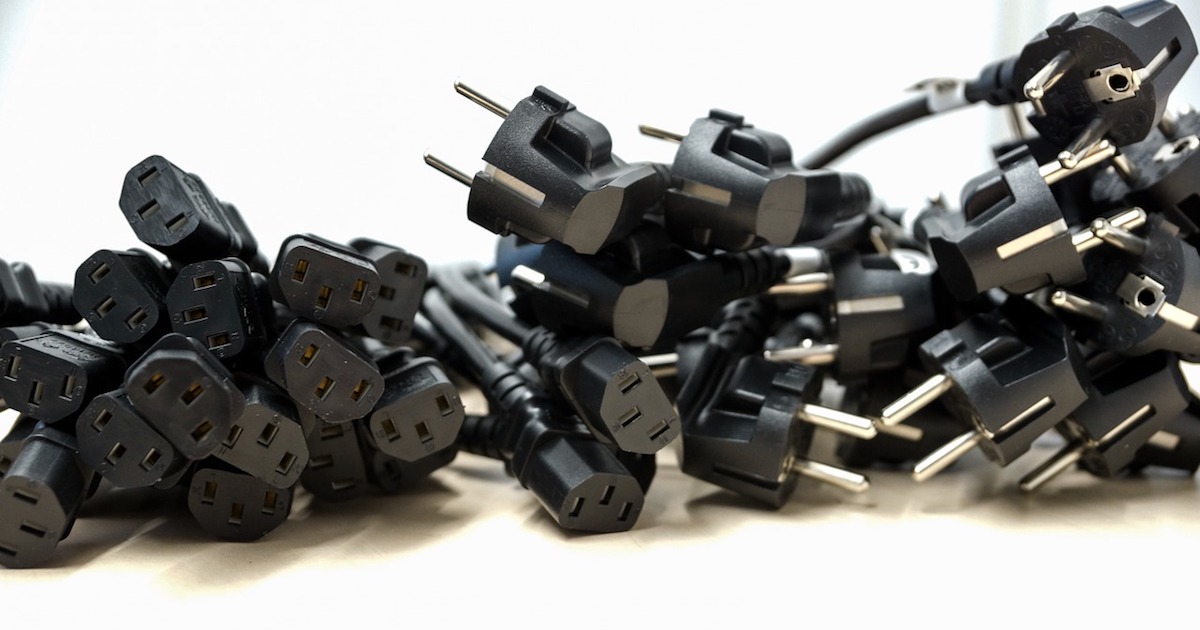 The rumor that Apple is getting into the wireless charging business for iPhones has taken an interesting twist. A patent filing dated October 2015 shows that Cupertino is looking into sending precious electricity to our iOS devices using Wi-Fi routers—or some kind of wireless transmitter.

It looks like a promising way to wirelessly charge your iPhone. It could also curb the number of gadgets you need to have in your house, and it might even mean Apple’s AirPort router isn’t dead, after all.

Power Can Be Transferred Lots of Ways

This new invention notes a number of wireless communication links can transfer power. The cellular network spectrum between 700MHz and 2700MHz is capable of transmitting electrons to power devices, and so are the WiFi frequencies in the 2.4GHz and 5GHz bands. The patent filing points specifically to the WiGig standard’s 802.11ad channels, operating in the 60GHz frequency band.

This means, in theory, that we could one day power our devices using our Wi-Fi routers. Again in theory, we might even be able to draw electricity for our devices from cell towers and satellite signals, or other devices using those frequencies. The distance involved with cell towers might be too great to provide more than the barest of trickle charges, though. Still, other devices can license frequencies in the cellular spectrum, like the Micro Cell device used by AT&T.

Always Two There Are

When it comes to wireless charging, you always need two devices with the current state of the technology. You’ve got the power transmitter and the wireless receiver. Each device uses one or more antennas coupled to wireless circuitry that can make the proper phase and magnitude adjustments to transform those wireless signals into electricity to charge up your device’s battery.

The nice thing about doing this through your Wi-Fi router would be the matter of simplicity. Just about everybody has a Wi-FI router, so the transmission device would already be there. All you’d need would be the receiver pad, which could be embedded into your iPhone itself.

Do We Want That Kind of Power Transmitted All the Time?

Sending power to your devices through your Wi-Fi router might not be all puppies and roses, though. The electrical output would be pretty tremendous. Not many people would want that much of a signal broadcasting willy nilly through the air. That’s where beamforming comes into play, something the latest model of the AirPort router already supports.

With beamforming, it would be possible for your iPhone to tell your Wi-Fi router, “Hey, I need some juice.” The router would then strengthen its signal only in the direction of your iOS device. Electricity would flow directly to your iOS device without spamming the wavelength in all directions. We don’t know that’s what Apple has in mind, though, because the patent filing just deals with theory, not with operating details.

Another purported leak of schematics for the iPhone 8 came out this week. The schematic for the space supposedly shows a large wireless charging pad in the handset’s rear casing. This looks remarkably like the patch antenna described in this most recent patent filing.

It seems pretty clear that Apple is developing wireless charging for its iPhone, and it’s doing it in a new, fresh way. Like the old man in Monty Python and the Quest for the Holy Grail, I think the AirPort router is crying out, “I’m not dead yet”. Maybe wireless charging can be a defibrillator to bring the accessory new life.

The conspiracy folks will love, well hate, this. It is bad enough for them that there smart meters for those of us on “the grid” and chemtrails controlling our minds.