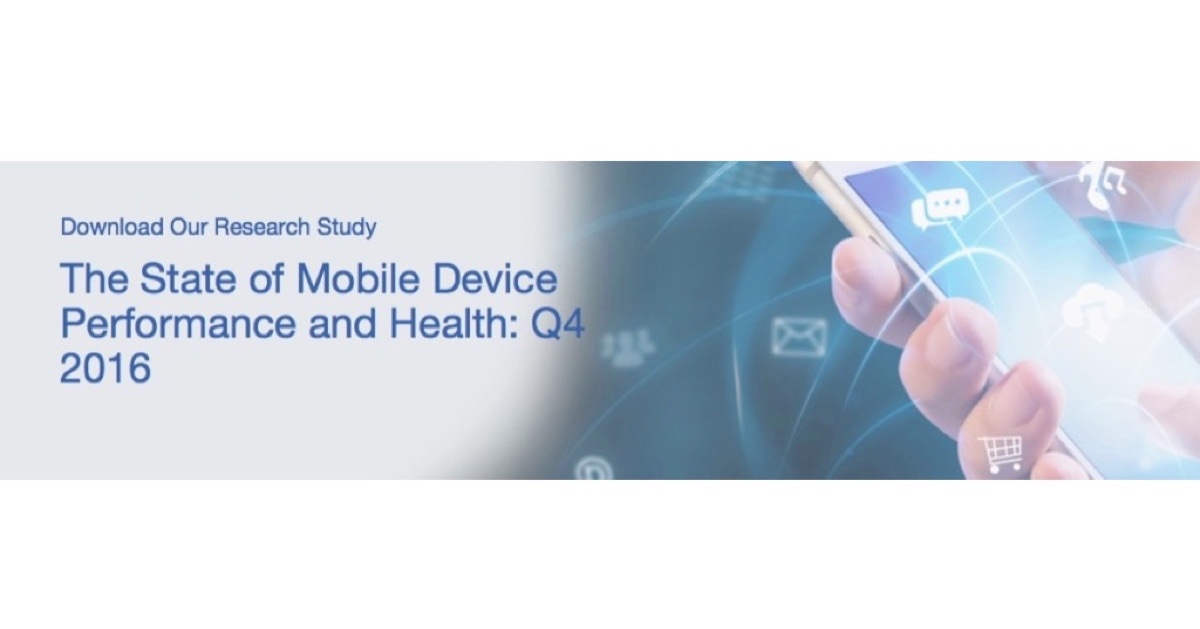 Recently, Blancco published a report on the performance and health of iPhones and Android smartphones. “The State of Mobile Device Performance and Health: Q4 2016.” It created quite a stir at first.

A key finding was that iPhones are less reliable than Android devices. The report intrigued me, so I asked for a copy of the report and looked into the findings. Here’s what I found.

The first thing I wanted to know about was the background of Blancco, a company I’d never heard of. I found this at Reuters.

Having looked into the company for background, I next looked at the 19 page report they kindly sent. A term that popped right out was the use of the phrase “failure rate.” When I heard that term, the notion of a hardware failure only was on my mind. In fact, however, Blancco defines the term in a more general way.

Failure rate refers to devices that had excessive performance issues that could not be resolved.

This refers to some unintended behavior that the customer could not fix on their own. It could be a headphone jack that acted up, a rapidly dissipating battery or even an app crash. We don’t normally think of a crash by an app as Apple’s bailiwick, but in this case it’s a whole system approach.

On this basis, the reports starts out with its first finding.

Our data suggests that it’s more reliable to own Android devices than iPhones, which have been weighed down by a multitude of performance issues and high failure rates in the last year. Although iOS devices haven’t always had a higher failure rate than their Android counterparts, the failure rate has steadily increased quarter over quarter for the last year until it finally stabilized in Q4 2016.

Right away, I wanted to know more about “our data.” Was it a survey? Was it a random sampling of the hardware? I asked Blancco about that. They responded.

The information contained in this report is based on internal data collected from millions of iOS and Android mobile devices that were brought into mobile carriers and device manufacturers for diagnostics testing in North America, Europe and Asia over the course of five quarters, including Q4 2015, Q1 2016, Q2 2016, Q3 2016 and Q4 2016. The diagnostics tests were performed using the Blancco Mobile Diagnostics platform.

So then my next question was this: This report looks only at units that were brought into carriers and manufacturers for failure analysis, remembering that failure could mean that, say, the Facebook app that continued to crash.

Apple sells more than 200 million iPhones each year these days. So even if several million iPhones were analyzed, that represents only about a percent of the annual sales and much less for the installed base. The other, perhaps, 99 percent didn’t have issues. Or didn’t complain.

With all the above in mind, we can better undestand the first chart, Figure 1, and understand the large numbers presented.

The iPhone 6 is singled out as one model that experienced more performance failures than other models.

One possible explanation for why the iPhone 6 may have struggled with more performance issues and failures than other models over the last year could be Apple’s release of multiple software updates – iOS 9.3.1 in April 2016, iOS 9.3.2 in May 2016, iOS 10 in September 2016 and iOS 10.2 in December 2016. Following all of these software updates, many iPhone and iPad users began to experience problems on their devices, such as faster battery drain, ‘bricking,’ random crashes, poor sound quality when taking Bluetooth calls, crashing apps and WiFi connectivity problems, just to name a few.

Next page: Perspectives & the Good News