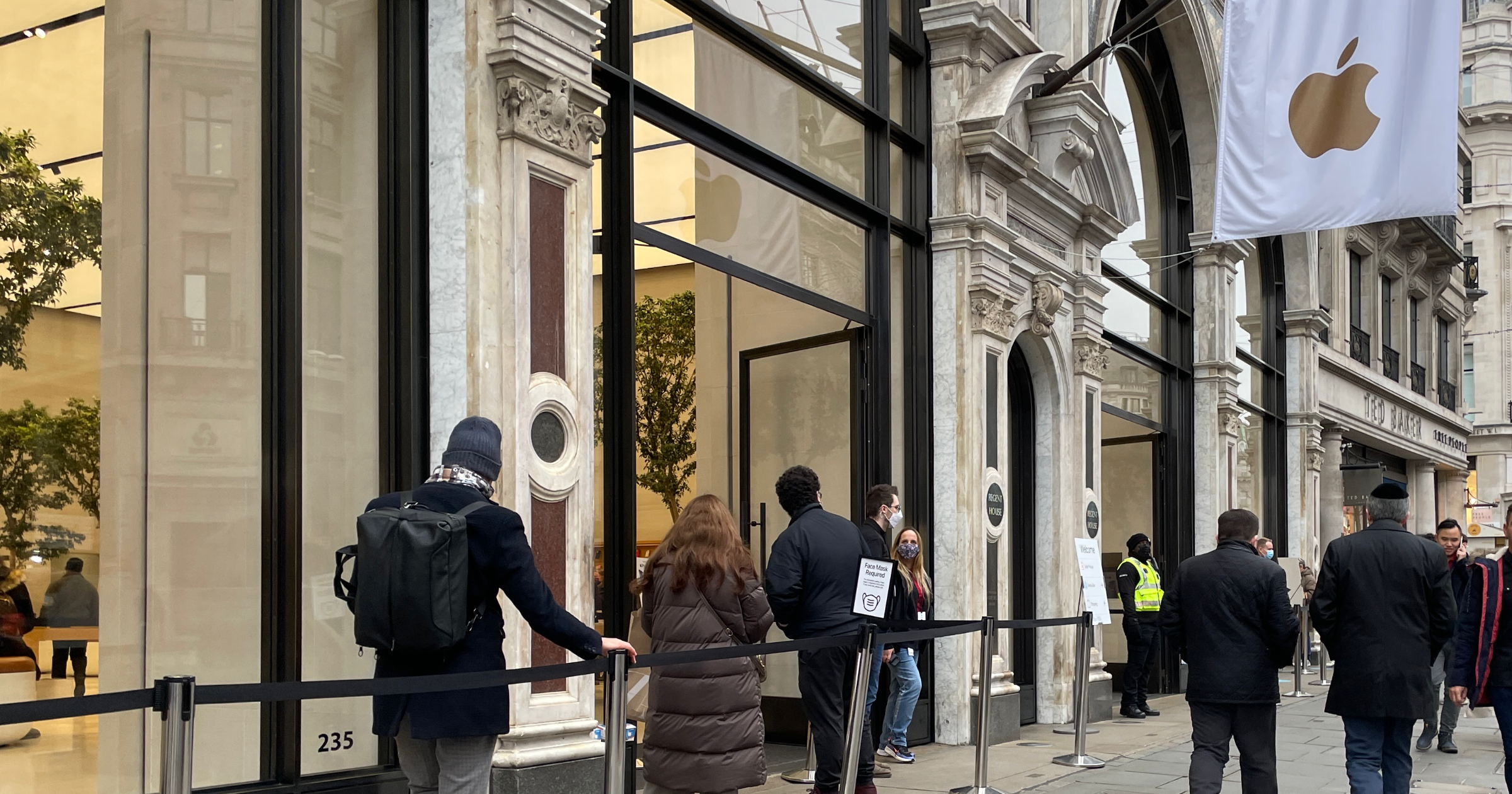 [Update 24 January:] Procedures in UK Apple stores began to change over the weekend, as The Mac Observer reported they would. The company’s website says that customers can walk in (see picture below). It does also add that masks are required, which is in keeping with UK Government guidelines at the time of this writing. However, as explained in the original story below, physical distancing and limited store occupancy are not. 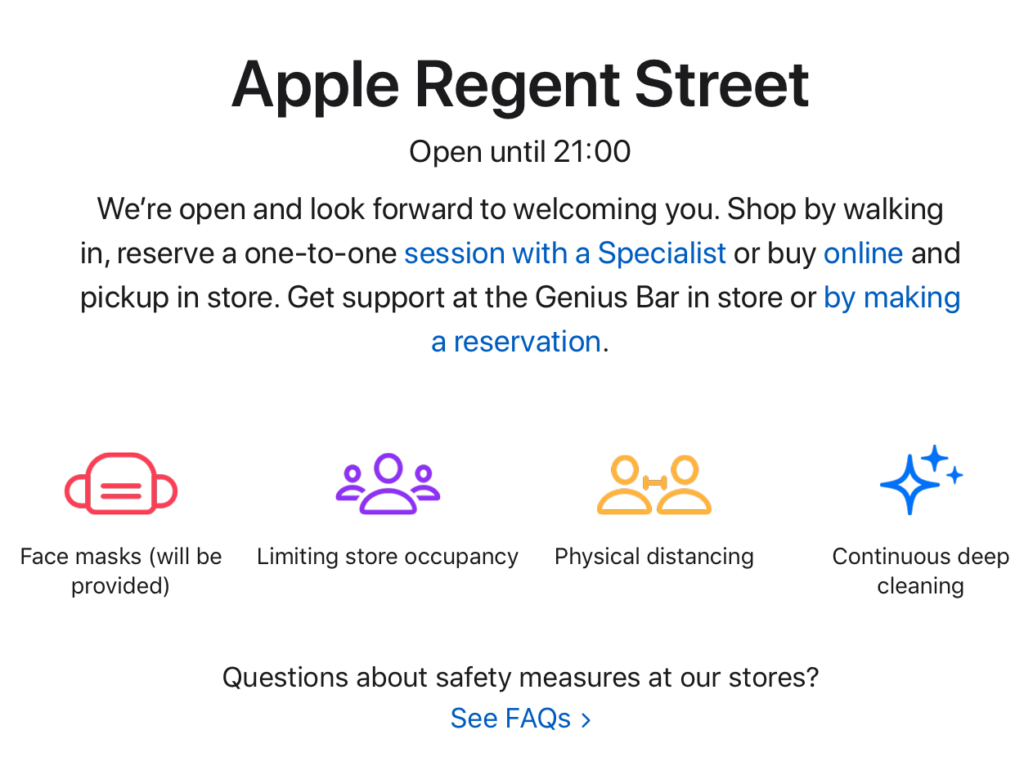 LONDON – Apple is set to phase out its Covid procedures in the UK which meant almost every customer had to book a time slot to visit one of its stores. The Mac Observer has learned that starting this Saturday through to next week the majority of retail outlets will transition away from the ‘Appointment Only’ model currently in place.

‘Appointment Only’ Being Phased Out in UK Apple Stores

Apple has implemented various procedures throughout the pandemic to comply with the different government guidance and laws in the territories where it has retail outlets. However, in this instance, it was going beyond what was required and being done by other stores in England. The country implemented its so-called ‘Plan B’ measures in December in response to the onset of the Omicron variant. This included asking people to work from home where possible, the requirement to wear a mask in indoor settings, and COVID passes showing vaccination status or a negative LFT or PCR result from within 48 hours of entering certain venues (not stores or restaurants). These requirements will all end on January 27, although masks in crowded indoor settings will still be encouraged. Other restrictions and guidance apply in the other parts of the UK.

Covid ‘Plan B’ in England

Notably, ‘Plan B’ in England did not include any social distancing measures. The ‘Appointment Only’ policy from Apple Stores is understood to be a way of providing more space for customers and staff. While no doubt many customers appreciate this, The Mac Observer has also received reports of it causing inconvenience, particularly for those who want to do things at short notice. Again, this not at the request of the government. It is a choice being made by Apple. The Mac Observer approached the company, but a spokesperson declined to provide a statement.

[[Update 23 October] What is it Like Going to an Apple Store During The COVID-19 Pandemic?]

Testing this out, I went to Apple’s flagship London store on Regent Street. When I arrived, there were security and Apple staff out front, filtering anyone who wanted to go in – one queue for the Genius Bar, one to pick up pre-ordered items, and one for shopping. (See picture above.) I was greeted by the (very polite) staff, explained that I just wanted to browse, and was sent to wait in line.

It’s worth reiterating, no such requirements were in place in any other stores on this major shopping street.  Indeed, I walked into the Microsoft store just up the road and was allowed to go straight in. In fairness though, it seemed like it was pretty much only staff in the store!