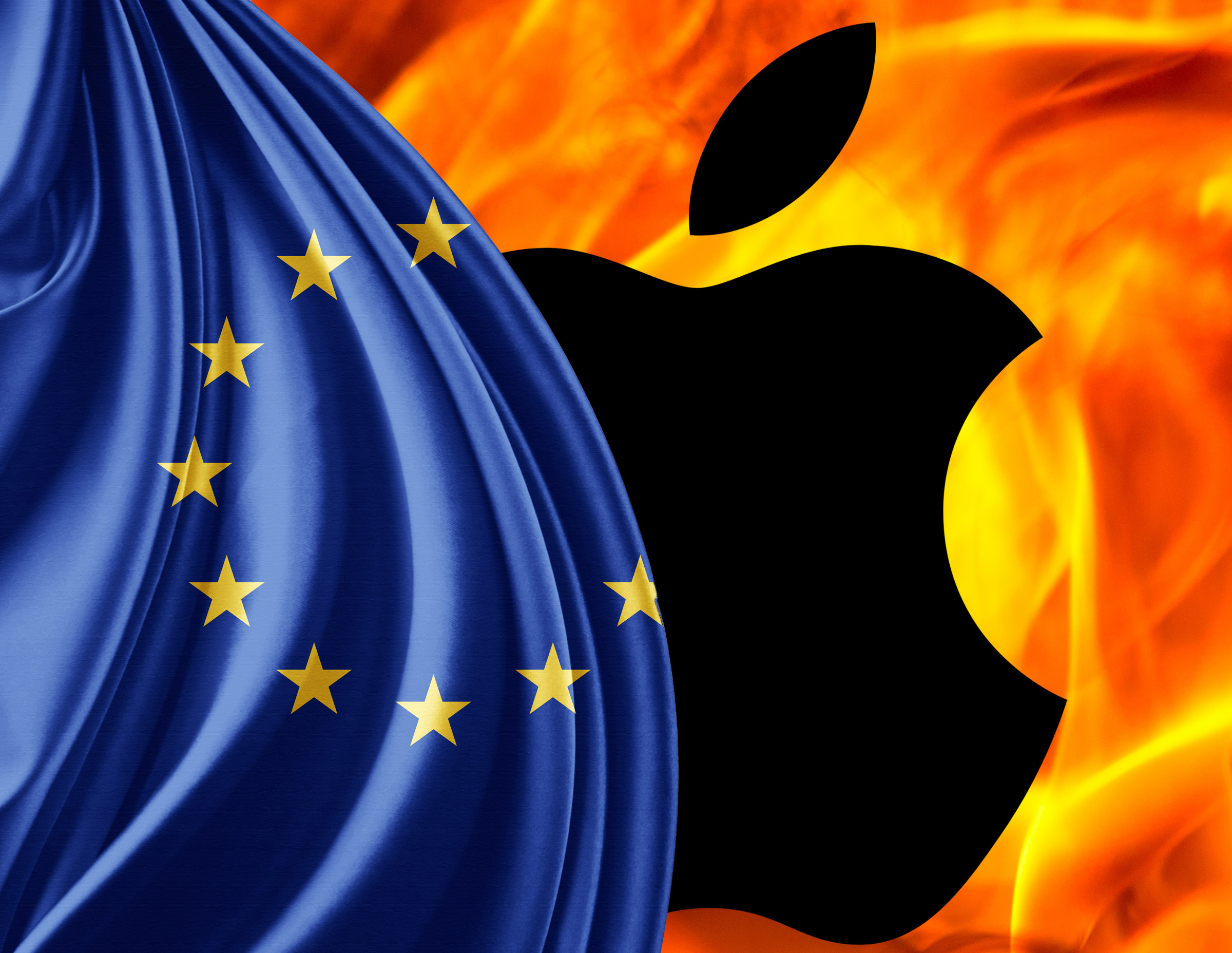 It looks like the European Commission (EC) will rule against Apple and Ireland’s tax arrangement. If the European Union (EU) bullies Ireland (via the EC or other proxy)—and basically rules that Ireland doesn’t have the sovereign right to set its own tax rates—there is some chance it could be a wedge issue that pushes Ireland to decide to leave the European Union. 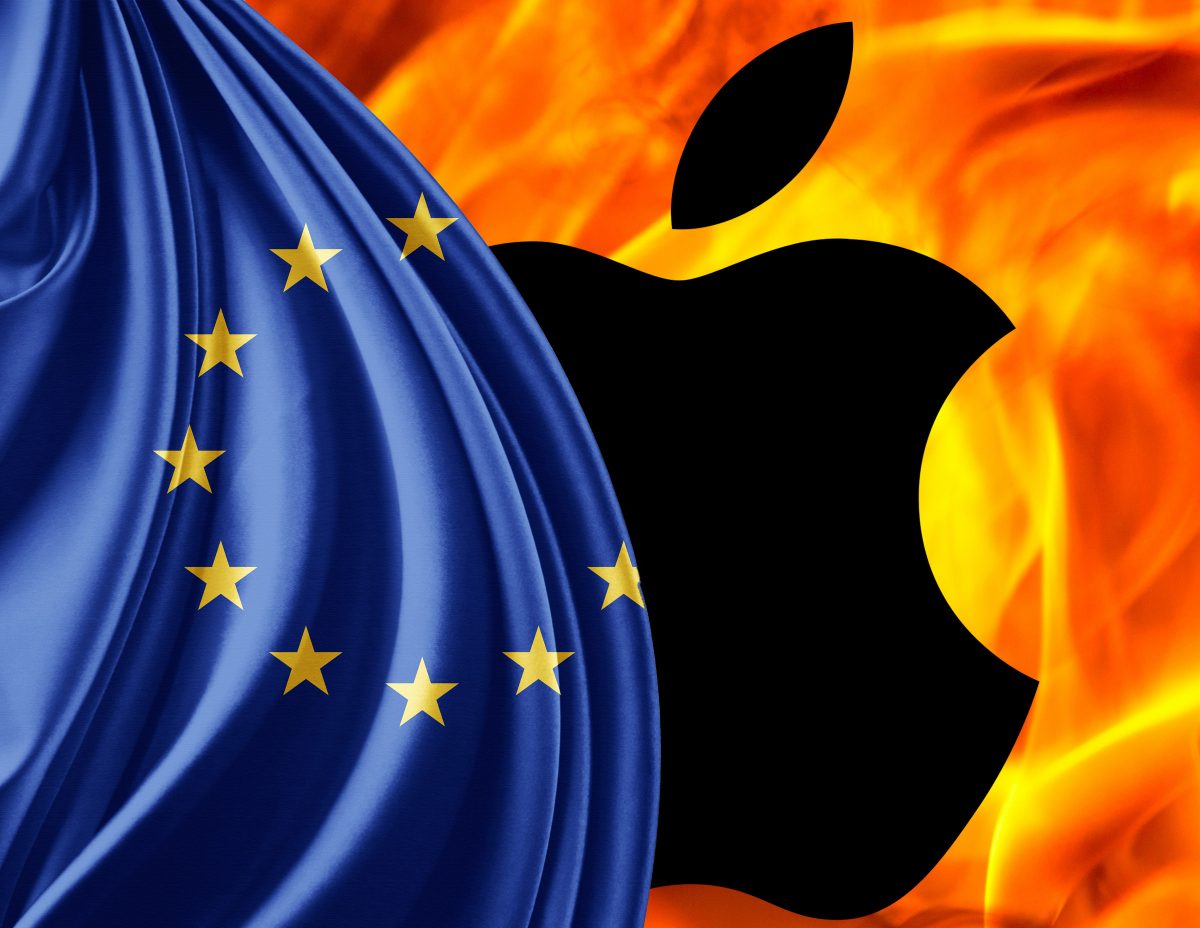 So while I’m far from an expert on EU tax laws, I’ve talked with some of my more learned EU friends to get a sense of what is going on. The rough issue is that the EC doesn’t like how low Ireland set its tax rates. These low tax rates for tech companies have resulted in quite an economic boom for Ireland, making it the “Celtic Tiger” of the region. Needless to say, Ireland isn’t likely to be pleased with the EC telling it to change its tax rates, which may interfere with Ireland’s relatively good economic performance.

The EU position, again in rough form, seems to be that member states agree not to provide anti-competitive subsidies to companies or industries, and as a member, Ireland has agreed to that. But this is where things get a bit murky in what constitutes a “subsidy.” Some in Ireland might say any negative tax rate, (i.e., not only does the company/industry not pay taxes, but it gets money from the government) is a clear subsidy.

The EU and others will say if a tax rate on a company or industry is dramatically lower than other countries, even though it still taxes that company (e.g., say Apple gets a 2% tax rate when other countries in the EU charge a 25% tax rate), well then, that’s a subsidy.

I think if I were in Ireland, I would have the view, as long as the tax rate is not below 0%, it has the right to set whatever tax rate it wants. After all, what’s more of a sovereign act than a country setting its own tax rate? And some are already charging that the EC is abusing its own rules by finding against Apple and Ireland on this issue.

Beyond the mire of EC/EU tax/law issues, there is a more understandable issue that may act to anger Ireland, namely: That other countries in the EU cannot run their governments as efficiently with as low a tax rate should not be the burden of Ireland. This gets into Ayn Randian types of philosophical issues.

If government A can run itself perfectly fine at a 2% tax rate, and government B is less efficient and cannot pay its bills with a 25% rate–why should government A be punished and brought down to operate like that of the lowest common denominator as a way to prop up government B’s inefficiencies?

If Ireland is close to the composition of Northern Ireland, which voted to remain in the EU by a slight 55.8% majority in the Brexit referendum, Ireland may well be pushed enough by this to decide that such onerous EU policy encroaches too far on its sovereignty.

And if Ireland leaves the EU, there is a higher chance that more EU countries will domino, and with that, Apple may be the catalyst to bring about the collapse of EU.

Apple has already moved its intellectual property out of Ireland (now in Jersey and protected by the Queen). Apple will always work with whatever local laws are applicable.

The EU is doing a good job of driving member countries out all by itself. Germany & France just inked a deal strengthening their position against other EU member countries. Totally contrary to the rhetoric of the EU. The self-destruction of the EU is well under way. A strong EU might provide a needed balance to the US empire, but there’s little chance of that now.

@Laurie. Many would argue if the government set up its laws wrong, the people and corporations shouldn’t have to pay for that error (particularly retroactively). I’m sure if the laws were changed and Apple had to comply with new laws that raised their rates they’d likely comply without a fuss.

If Apple pays all the taxes that the law allows, then the laws need to be changed. It’s moving its money around the world so that it pays virtually no tax anywhere. Fie on you Apple (and Facebook and Google and ExxonMobil and all the rest).

I know little about the EU, but after Britain’s complaints about EU policies, and then Brexit, my intuition wondered about over-reach by the EC. Then it asks if such EC tactics may (secretly) intend to break up the EU.

Indeed, I’d say that the Telegraph (and you) got it just right.

This behaviour, which has precipitated a challenge not only from Apple, but protest from a member state, represents but the latest existential threat to the European Union, which has been bedevilled by allegations of not only over-reach but corruption.

The EC, however, seems determined to rescue defeat from the jaws of victory.

Well apparently the Telegraph misunderstood as well then. http://www.telegraph.co.uk/business/2016/08/28/brussels-mustnt-achieve-tax-reform-by-using-state-aid-rules-crea/ “However, its reasoning is flawed. Firstly, the arm’s length principle is not a rule of international law and no member state is obliged to implement it in national law. Indeed, some countries, Ireland among them, have not implemented it. To counter this, the European Commission is now claiming the concept has its roots in EU law and the principle applies irrespective of whether it exists in domestic legislation. … The Commission’s actions threaten to distort the delicate balance between EU state aid powers and member states’ fiscal sovereignty. It creates ambiguity… Read more »

The technical argument from the EC is that Apple got a sweetheart deal in Ireland (which Ireland says is available to other companies that are large multinational companies, down the street–some argue that the rate should be the same for all companies, but again, others argue that it’s within the purview of a sovereign state to set up different tiers of rates and as long as the tier isn’t to a company of 1, then it’s a rate the government has a sovereign right to set). But the motivation behind this push, as argued by some like in the the… Read more »

Ireland CAN set a lower corporate tax rate. Where did you read that the low tax rate was a problem for the EC? The problem ist, that Apple essentially got a tax break, which in the ruling was categorized as a subsidy, which is forbidden under EU laws. Whay should Apple essentialle be exempted of taxes and other companies, working in the same street/city/country, be subject to full taxation? So, the problem is not having low taxes, it’s that fair competition is not possible when company A(pple) pays way less taxes that company B. Sure, those tax breaks were the… Read more »

Looks like the bill will be massive, but also looks like other states want a piece of that pie:

As to Geoduck, that is indeed an interesting possibility. Clearly it didn’t stop Brexit. However, if Brussels takes away Ireland’s ability to set a lower rate to start with, then that itself reduces the allure of Ireland, which one may argue, is exactly what the EU would want. It would send companies that like Ireland for its cheapness to other countries in Europe. That may not sit well with Ireland. To be sure, it’s quite a speculation.

To Louis Q. The ruling isn’t relevant to the reasoning behind it, which is a push by the EU. As noted in this cited article. http://www.telegraph.co.uk/business/2016/08/28/brussels-mustnt-achieve-tax-reform-by-using-state-aid-rules-crea/ “However, its reasoning is flawed. Firstly, the arm’s length principle is not a rule of international law and no member state is obliged to implement it in national law. Indeed, some countries, Ireland among them, have not implemented it. To counter this, the European Commission is now claiming the concept has its roots in EU law and the principle applies irrespective of whether it exists in domestic legislation. … The Commission’s actions threaten to… Read more »

I don’t thnk that they be black listed, but would have to make a number of deals instead of just one.

At the risk of piling on I would question the conclusion that this might drive Ireland out of the EU. Ireland has been acting as an EU tax haven. If they were to leave they would lose access to the EU market. The tax haven deals they used to get a number of companies to base in Ireland would be null because profits earned in the EU could no longer be listed in Ireland. The 2% would be meaningless because companies would also have to pay EU tax. This would be devastation for the Irish economy. I just don’t see… Read more »

Absolutely. Not even basic concepts of the EU are understood be the author.

This article should have ended after “I’m far from an expert on EU tax laws” Since Ireland was broke in the bank crisis it is a bit optimistic to speculate that they run efficient on 2% corporate tax. There is alway leeway what a state/region/town can do to be attractive to business. Getting a 10,5% reduction is quite nice but there is only so much before a reduction becomes a subsidy. Taking Irlands financial issues into account it does seem that 2% are not enough and therefore it is deemed a illegal subsidy. The ruling is not based on comparison… Read more »

It is about what it is for Government B

No, I’m not sure what the average citizen’s tax rate is. But the ‘normal’ corporate tax rate in Ireland, I believe, is 12.5%

Is that the tax rate for the average citizen?