It’s time for Apple to get back to making external displays for the Mac and MacBook Pro. Apple hasn’t been making its own standalone displays for a year now. It left that market to third-party manufacturers, and that hasn’t gone well.

Still, many (myself included) thought for certain Cupertino would refresh the product with better specifications. That didn’t happen, unfortunately. Consumers were left with a bewildering array of third-party choices to sort through until a successor came in the form of the LG UltraFine 5K. 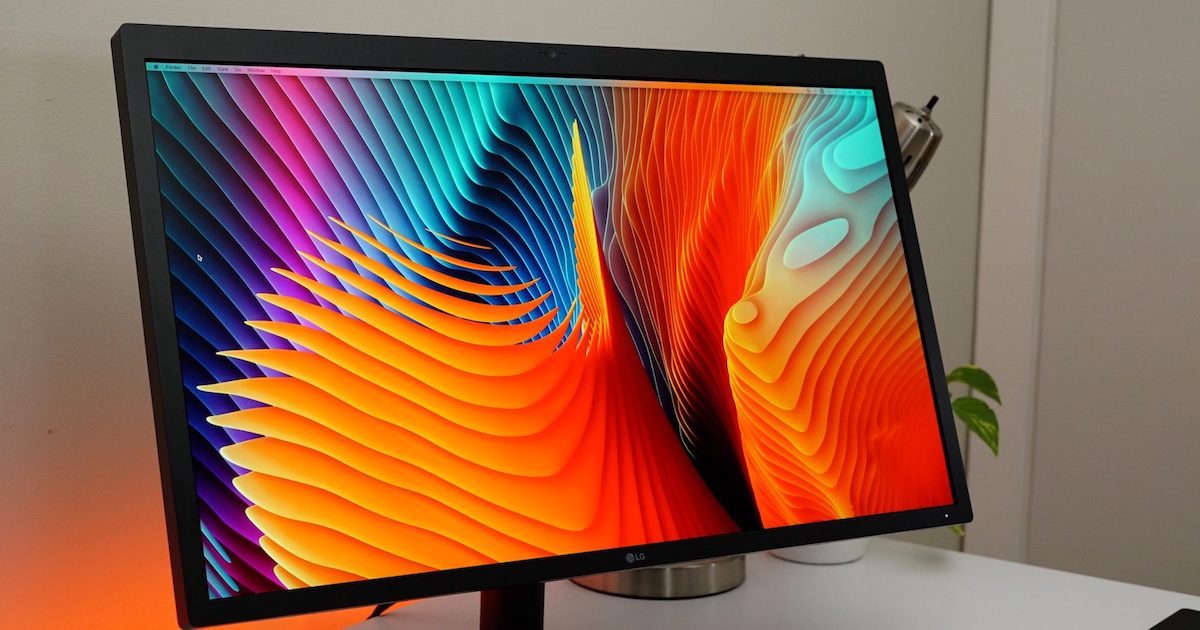 Rather than updating a dated product, Apple discontinued it and left the standalone display market. I think this was a big mistake. Worse, the company didn’t provide a clear-cut suggestion for which display consumers should purchase, at least not at first. Manufacturers scrambled to release a product vying to become Apple’s favored child.

Several months later, LG released an Apple-endorsed display, the UltraFine 5K. Cupertino touted the 27-inch 5K display as being “perfect for photo and video editing.” It bore all of the features professional Mac users could ask for, including built-in stereo speakers, a camera, a microphone, three USB-C ports, and a Thunderbolt 3 cable with 85 watts of charging power for the MacBook Pro.

The UltraFine turned out to not be quite so fine. A number of purchasers discovered serious usability problems right away, with the display consistently disconnecting and sometimes even freezing the connected MacBook Pro. The problem was quickly narrowed down to a lack of sufficient shielding. The monitor wasn’t protected from interference from Wi-Fi routers placed too close to the monitor.

LG won the battle to become Cupertino’s favored child, but we are now learning that the South Korean corporation failed to devote the amount of product testing and evaluation that we’ve come to expect from Apple’s own hardware. While not everyone has their wireless router within two feet of their monitor, such a workaround to get your display working properly is astoundingly asinine.

Most recently, we’ve noticed that Apple’s shipping time for the LG UltraFine 5K has slipped to five to six weeks. 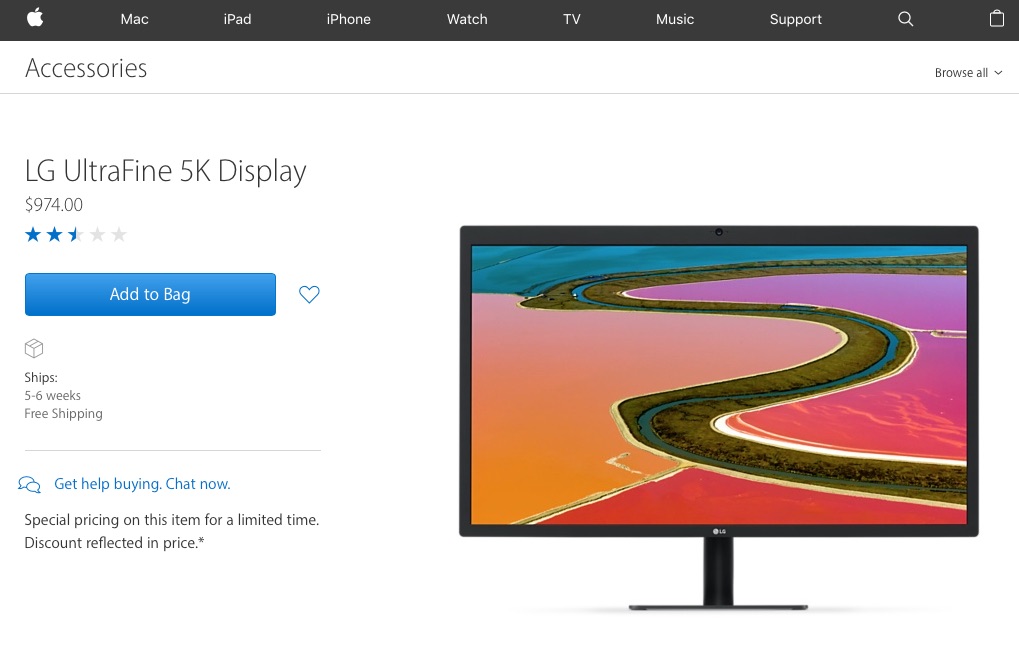 Apple should have just refreshed the Thunderbolt Display

It all boils down to this: Apple should have released its own updated display as a successor to the Thunderbolt Display rather than relying on the third-party market to fill the void. This débâcle has sown doubt in the minds of many Apple aficionados. Professional Mac users need a reliable external display, and Apple already has the 5K technology in play.

Surely, developing a suitable enclosure for the 27-inch iMac’s display with the appropriate connectivity and built-in accessories would be better than ceding this market to third parties like LG. Relying on other manufacturers to provide this crucial piece of hardware is silly, Apple. Revive the Thunderbolt Display with all of the bells and whistles of the LG UltraFine 5K.

Apple might not be able to make the cheapest, most popular, or most profitable printers/displays/access points/etc., but … I really liked Apple’s offerings in those areas, and I do/will miss them.

I own the UltraFine 5K, and it’s a nice monitor (I think it has the same panel as the 5K iMac) but I would buy an Apple version in an instant. The LG just isn’t as well made or designed as the old Thunderbolt display, and of course LG shipped it with an annoying Wi-Fi issue that Apple likely would have caught. An Apple version could also have added cool features like an integrated PCI slot for a discrete GPU card… one can dream at least! 😀 I’d also like to see Apple bring back the video-in feature of the… Read more »

With Apples mobile store taking in money hand over fist and margins so low on computers (comparatively), I wonder if Apple is slipping quietly out of that market.

Having been down this road with Apple once before it seems that Apple is still a one man company and doomed to repeat itself.

I had to read the title of this post several times to figure what it meant. I finally understand that it’s like a sentence being spoken TO Apple. But first it seemed like a plural as in Apple AND Samsung, or some other construction I couldn’t quite place my finger on.

MarcusNewton Thanks for pointing out all the “hidden” flaws. When I initially started looking at the specs on this thing, the only positives I could see is that it is a 5K monitor, and it has the FaceTime camera that works seamlessly with Apple’s FaceTime app. But if you’re using a laptop, the camera probably isn’t that big a deal anyway. Apple’s decision to get out of the router business is no big deal, IMO. Routers today are nearly plug & play anyway. But getting out of the display business is not only hurting users, it’s hurting Apple’s image—which is… Read more »