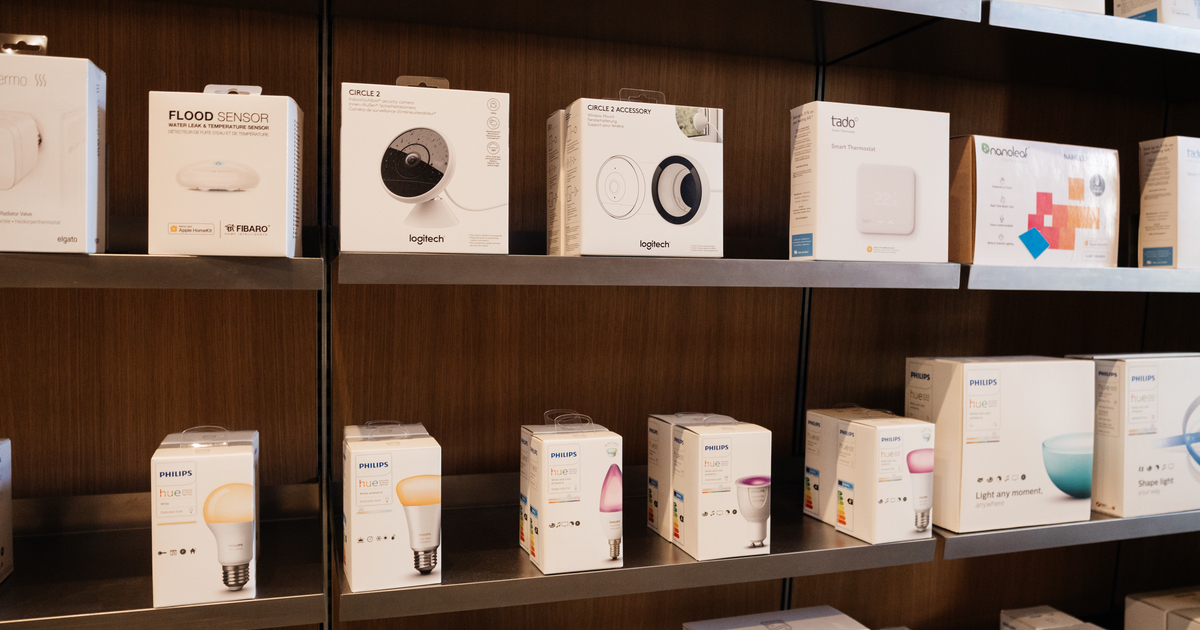 Recently, Parker Ortolani at 9to5Mac suggested that Apple’s HomeKit is “doomed to fail” unless the iPhone maker delves deeper into making hardware for smart home automation. Ortolani makes some valid points, but what’s missing from his case has me scratching my head. I’m not convinced that more Apple hardware for smart home automation is the answer.

Ortolani stresses a 1982 Alan Kay quote that both Steve Jobs and Tim Cook have maintained. The industry pioneer said, “People who are really serious about software should make their own hardware.” Ortolani acknowledges Apple rules the workplace with the Mac and iPhone.

Then he goes on to claim the Cupertino-based company isn’t following the same model when it comes to smart home technology. I see it differently. Apple provides HomeKit without any additional hardware, straight from your iPhone, if you don’t want automation.

If you want to automate things or control your HomeKit accessories remotely, there’s the HomePod, Apple TV, or, in a pinch, an iPad you leave plugged in at home. From my perspective, that’s very similar to Apple manufacturing the iPhone and Mac, then relying on accessory manufacturers to flesh out the catalog.

The Problem is Quality, Not Quantity

The real threat to HomeKit isn’t the amount of hardware Apple produces for it. Plenty of manufacturers are already offering everything from smart TVs you can control with HomeKit to full-blown home security systems. In between, you’ve got lights, smart electrical plugs, thermostats, and sensors galore.

The problem is the reliability factor, which has been improving. There’s still work to be done, though. HomeKit doesn’t always work, and I have to think the problem lies with the software behind it. Multiple accessories, from several manufacturers, suffer the same inconsistent behavior.

When you’re troubleshooting a complicated system like HomeKit, you look for patterns. If it’s just a single device failing, you can blame the hardware (maybe.) That’s not the case here, most of the time. HomeKit occasionally forgets how to talk to numerous devices, at the same time.

Like It or Not, Not Everyone Wants HomeKit-Only Support

The second major hurdle HomeKit needs to address is one Apple is already poised to resolve. When you install your smart home hardware, you may be ill-advised to lock everything into HomeKit. Google and Amazon are still strong contenders in that arena, and resale value of your smart home could hinge on interoperability.

Sure, light bulbs and smart plugs are easy to take with you. But what about those smart light switches, garage door openers, thermostats? You’ll want to maximize compatibility with other smart home ecosystems. To date, Apple hasn’t really ensured that, since its own smart home software only works with HomeKit accessories.

In 2022, that should change. Apple has come on board with the Matter smart home standard. That means, in the future, homeowners and renters will be able to add accessories to their Home app from multiple ecosystems. It won’t matter if the smart home device is HomeKit- or Matter-compatible. Both will work.

Making HomeKit More Reliable and Easy to Use

Apple has, over the years, improved upon HomeKit. We can now address Siri to control third-party smart home accessories. That was out of the question in the early days of HomeKit. In my opinion, Apple needs to continue refining the hardware and software it already has.

It might be nice to have a suite of Apple HomeKit accessories, from light bulbs to switches to cameras. I doubt that it’s necessary. Refining the Home app and HomeKit software are much more important. So is allowing customers to choose from smart home accessories that work across multiple ecosystems.

That’s precisely what Cupertino is working towards. As long as Apple stays the course with that, I think HomeKit has a long, successful future ahead of it.

7 thoughts on “Does Apple Need to Get More Into HomeKit Hardware?”