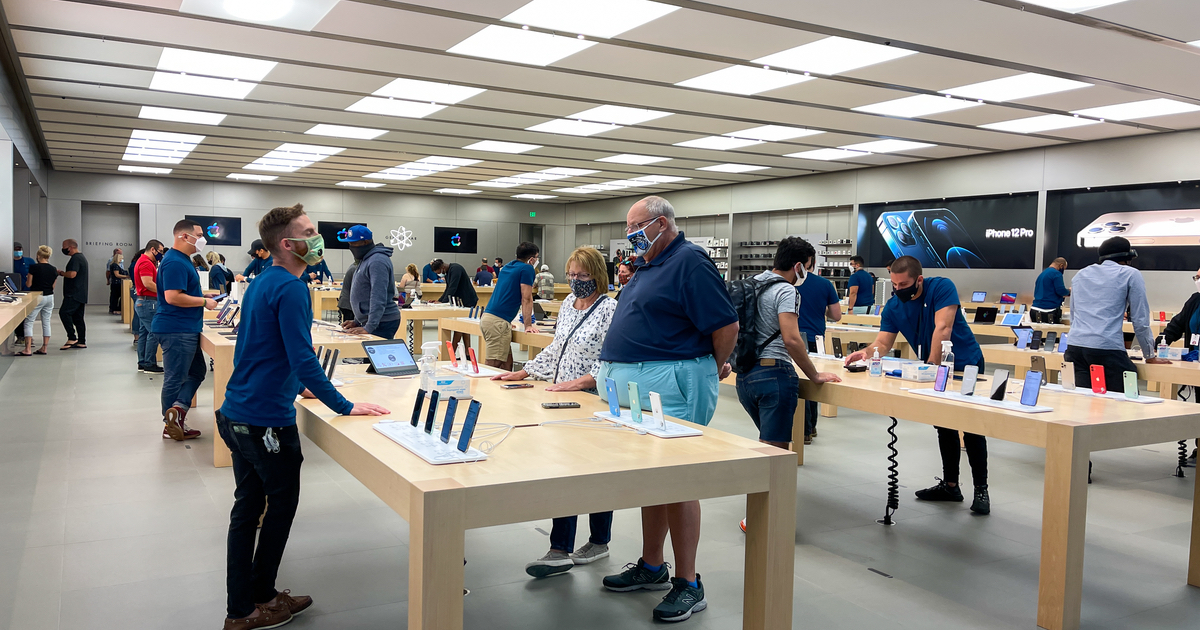 Apple Store workers in Towson, Maryland, voted last week to form a labor union. Some may presume the 2-to-1 vote in favor of unionizing marks the end of the workers’ battle to organize for better working conditions. In reality, their journey to unionization has only just begun.

As a result of the vote, Apple Store workers in Towson, Maryland have formed the first U.S. union of the Cupertino-based company’s retail employees. It’s named the Apple Coalition of Organized Retail Employees, or AppleCORE. The new union joins with other organizations of the International Association of Machinist and Aerospace Workers (IAM).

IAM represents more than 300,000 employees, and the store workers hope this will help them earn “an increase in workers’ compensation, stabilization of scheduling, and easier advancement of workers within the company.”

The next step after such a vote is for the company to decide whether to accept the vote and begin bargaining with the union. Apple did have the option, though, of challenging the vote. This was a solid concern, given Cupertino’s stance against unionization and actions that many considered to be union-busting tactics.

To Cupertino’s credit, it quickly accepted the outcome of the vote to unionize. On June 24, a person familiar with the matter told Reuters the tech giant had no plans to challenge the vote. According to that person, Cupertino plans on participating in the bargaining process “in good faith.”

While that sounds great, we can (and should) take those words with a grain of salt. Voting to form a union is only the first step; what comes next could be months, if not years, in the making. Now, AppleCORE and Cupertino need to come up with a labor contract that the corporation and the union members agree on.

This is often easier said than done. Labor unions don’t hold the power they once did, thanks to legislative changes and the willingness of corporations to draw the contract negotiation process out as long as possible.

Developing the First Apple Labor Contract in the U.S.

We don’t have to dig far back in the news to find examples of labor negotiations falling apart. Even now, in fact, more than 1,300 pilots for Southwest Airlines picketed at a Dallas airport June 21 as their contract renewal negotiations got bogged down.

Of course, Southwest Airlines isn’t alone in collective bargaining disagreements right now. Pilots for United Airlines came close to a strike until the company finally penned a renewal contract with its union that should prove acceptable. The vote on that contract will last until July 15 and marks the first renewal among airline pilots since the coronavirus pandemic put all of them on hold.

This is the sort of thing workers at the Apple Store in Towson, Maryland could have to look forward to. Yes, Cupertino says it will bargain “in good faith,” but corporations often claim to be doing that even as they refuse to make any concessions to their employees at all.

The process could be even more tenuous since this is the first contract for the workers, not a renewal.

That being said, there are some good signs to look at. Yes Cupertino tried to scare its workers away from unionizing. The company claimed the collective bargaining process could hurt employees’ chances at better pay, benefits and scheduling. Cupertino stated that any changes would have to go through the union, delaying or even preventing improvements.

However, Apple has also taken steps already to help appease workers’ complaints in its retail locations. Cupertino recently announced minimum pay increases for Apple Store workers, guaranteeing them a wage of at least $22 per hour. This marks an increase of 10% or even more in some markets.

At the same time, the company is working to speed up its annual performance-based pay increase for retail workers by three months. While Cupertino never explicitly stated this was a response to unionization efforts, it seems pretty obvious.

Apple Store workers in Georgia, Kentucky and New York are certainly watching this saga unfold with anxious minds. Three other Apple Store locations have been trying to unionize, so they’ll be eager to see how cooperative Cupertino is in agreeing on a contract.

The next likely store to hold a union vote may be the Atlanta retail location. It previously had a vote scheduled, but postponed it after multiple union-busting moves on Apple’s part.

We can but hope that Apple does, in fact, negotiate in good faith with its newly-founded union. There are plenty of eyes watching the proceedings.