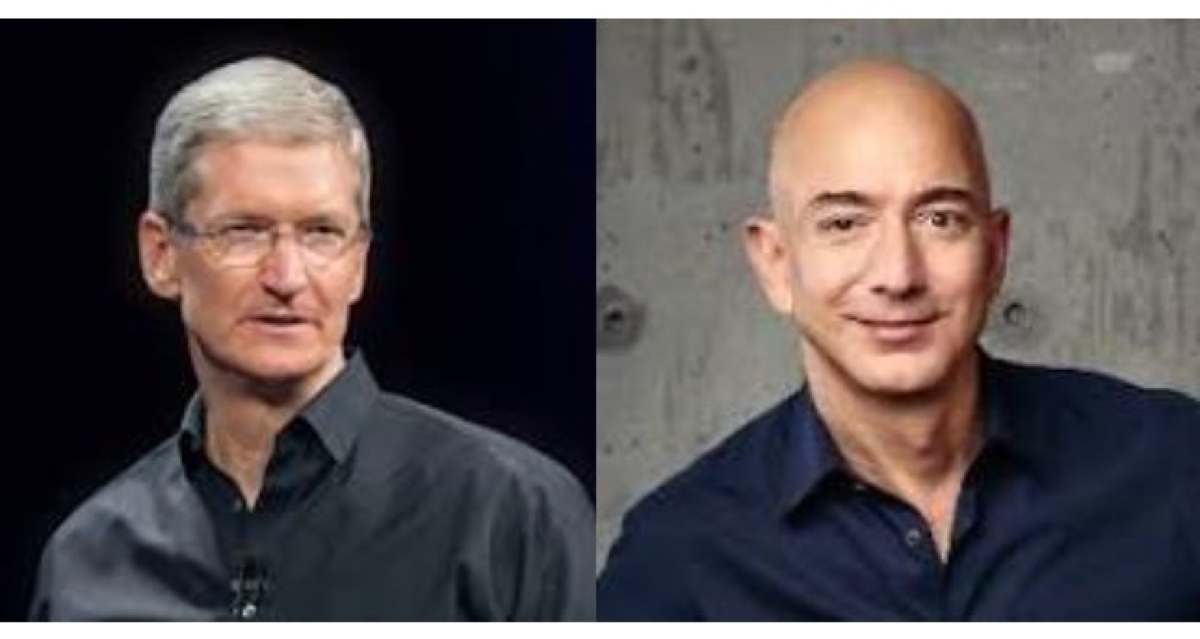 Back in 2015, I surmised that one reason Apple failed in its efforts to negotiate a streaming TV package was that it wanted to offer for less what everyone else was selling for more. The result would be a popular service from Apple that cut rather than raised revenue for the industry. Not good.

This week Dish CEO Charlie Ergen reminded us of that and went on to predict that providers would be much smaller in the future. “Dish CEO Says Online TV a ‘License to Lose Money’.” Ergen said during his company’s fiscal call, “So satellite and cable will be smaller five years from now than they are today.” The handwriting is in the skies.

Related: “Young people spend about twice as much time watching Netflix as live TV, and even more time on YouTube.”

If Apple worked on building up a reliable, capable, secure internet service via satellite that covered the entire planet with a constellation of 1,000 low earth orbit satellites, the company would achieve something truly vast in vision, scope and opportunity. The future belongs to companies, like Apple, who have the dream, technical expertise and the money to do it right.

And that’s far better than squabbling for streaming content rights. Be the gateway.

Car and Driver has a nice article on the Tesla Model 3, the Model Y and the Semi tractor. Currently Tesla is in “antisell” mode for the Model 3. Elon Musk: “No advertising, antiselling, nothing to test drive . . . still [reservations] grows every week.” See: “Tesla’s Musk Brags on Model 3, Gives More Details on Model Y and Semi.” Tesla still aims to build 500,000 cars in 2018 with some assembly at its at its giant “Gigafactory” in Nevada. Apple appears to have no such infrastructure, and it’s hard to imagine Apple being able to catch up at this point.

Is Amazon’s Alexa a true artificial intelligence? It depends on how you define it, but this fellow has his doubts. See: “Amazon Alexa and Solar Panels.”

The story above reminds me that we live in an age of advanced video hype technology driving the sales of products that feature unfulfilled promises. We’re constantly confronted with either half-baked technology or hidden caveats in the EULA that excuse the developer from delivering what was promised in the demo, um, the Youtube ad. This is why we are Apple customers.

When you find a book you want at the Amazon Kindle store, are you willing to wait for it on paper? With free overnight shipping? Or do you have to have it the next 30 seconds? Amazon may well be cashing in on your impulsiveness by charging more for e-books than their paper equivalent. (That wasn’t the vision a few years ago.) And that’s giving price-conscious people pause. So when you remind customers of the tactile pleasures of paper, the convenience, and the opportunity to get away from being glued to a small display, what could go wrong? Here’s what. “Real books are back. E-book sales plunge nearly 20%.”

Plus, I think many customers are beginning to appreciate how durable, long-lived, accessible and transferable real books are. As devices and technology change rapidly, it just doesn’t seem to make sense to acquire and manage a giant electronic library of e-books that goes poof when the owner’s account is cancelled. The industry only has itself to blame for this awakening by readers.

Finally, the subtitle says it all. “Today, running macOS on PCs isn’t just a way to avoid paying Apple’s prices.” Check out this article at ars technica. “Modern ‘Hackintoshes’ show that Apple should probably just build a Mac tower.”

One item at issue here is that Apple, on the pro side, got so caught up with design that they forgot to cater to customers who depend on their Macs to earn a living. And so, the natural conclusion from my point of view is that when serious customers want to put macOS on great PC hardware, hardware that, for now, Apple isn’t delivering, the company should be (quietly) assisting those who want to build a Hackintosh.

And if that appears to be a pain-in-the-you-know-what, then hurry up and build truly awesome Mac hardware for pros. That way, no one ever has to even think about Hackintoshes.

2 thoughts on “A Fantasy Conversation: Bezos and Cook Chat About Amazon Echo”