In its twelfth annual network test, PCMag traveled over 10,000 miles across the U.S. to test the speeds of mobile networks AT&T, T-Mobile, and Verizon. One result? T-Mobile’s mid-band 5G network is the fastest in the nation.

With a score of 96, T-Mobile’s network reached a maximum download speed of 1,134 Mbps and a maximum upload speed of 140.5 Mbps. It achieved 95% of network availability with an average latency of 28.2 milliseconds. 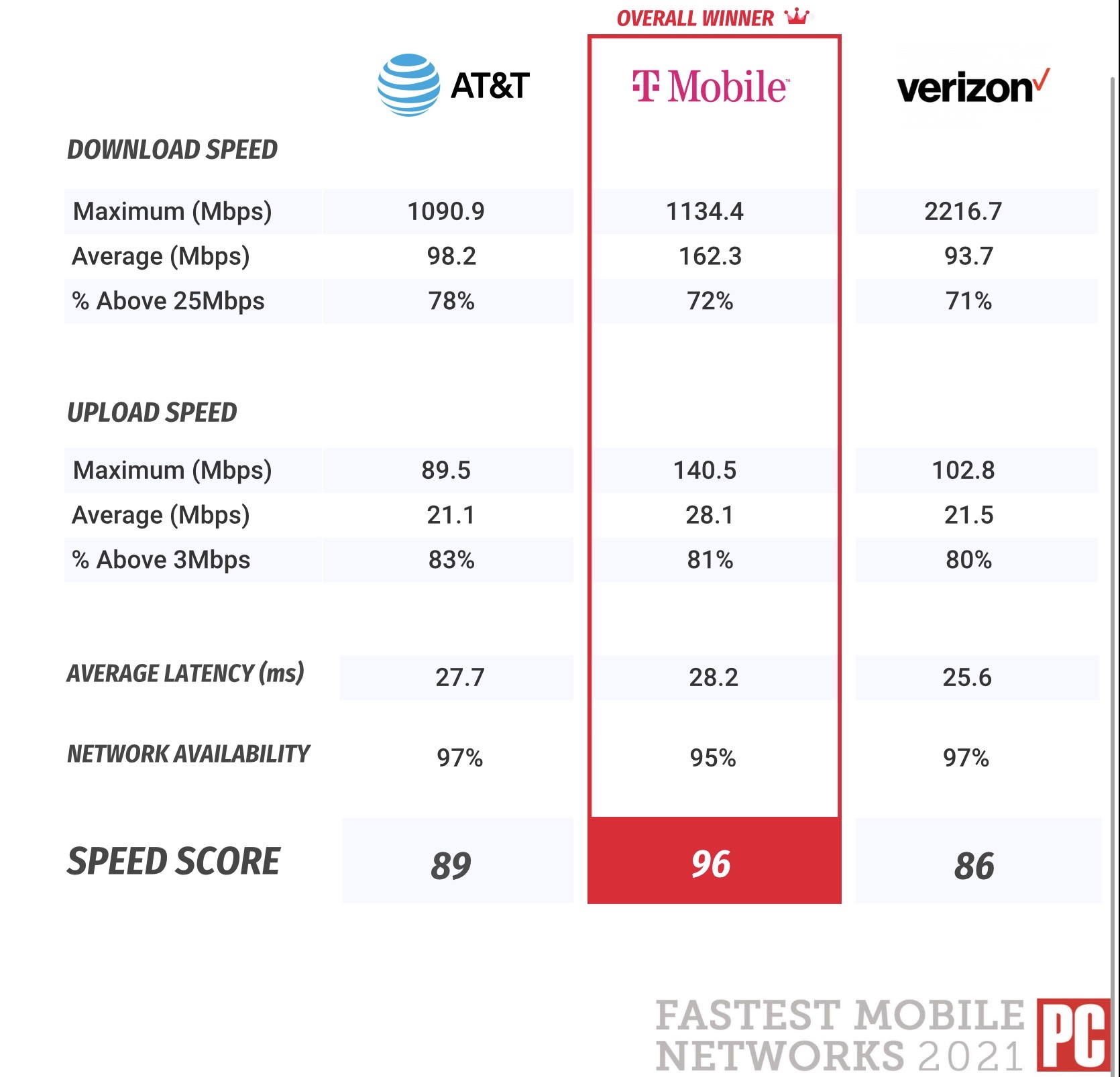