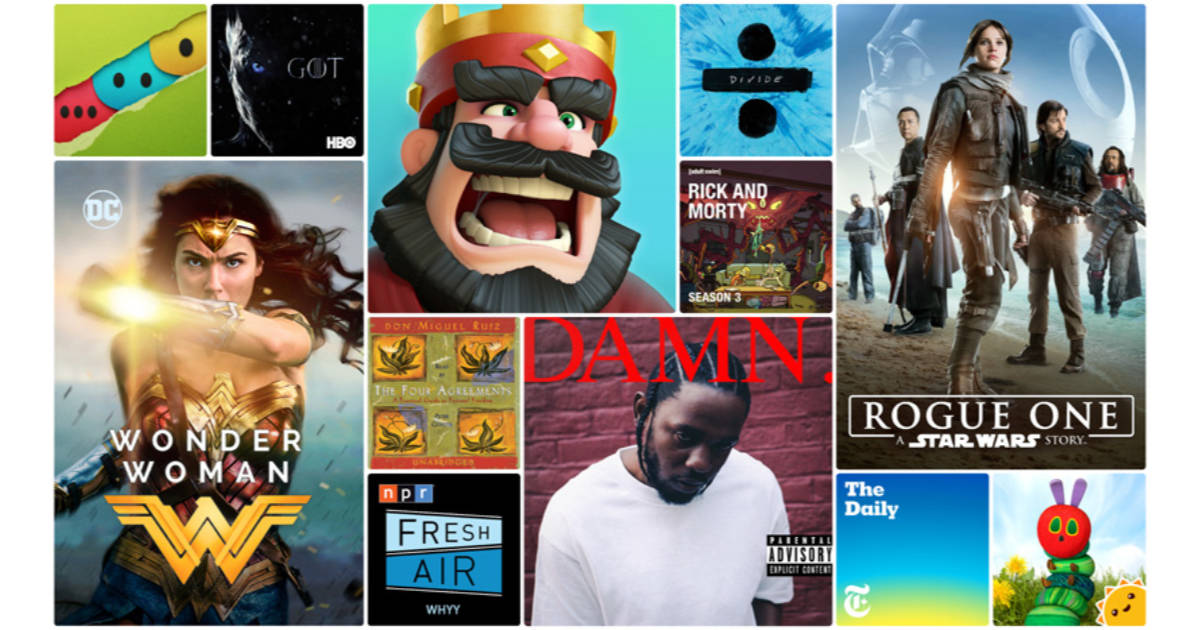 Moana came in as the top movie download for 2017, followed by Rogue One: A Star Wars Story and Wonder Woman. The top TV show download went to Game of Thrones and Walking Dead.

Fresh Air is still the most popular podcast, and true crime podcasts are big this year with titles like A Murder On Orchard Street, Dirty John, and S-Town.

Moving on to books, stories with TV adaptations were the big sellers with The Handmaid’s Tale and Big Little Lies topping the chart.