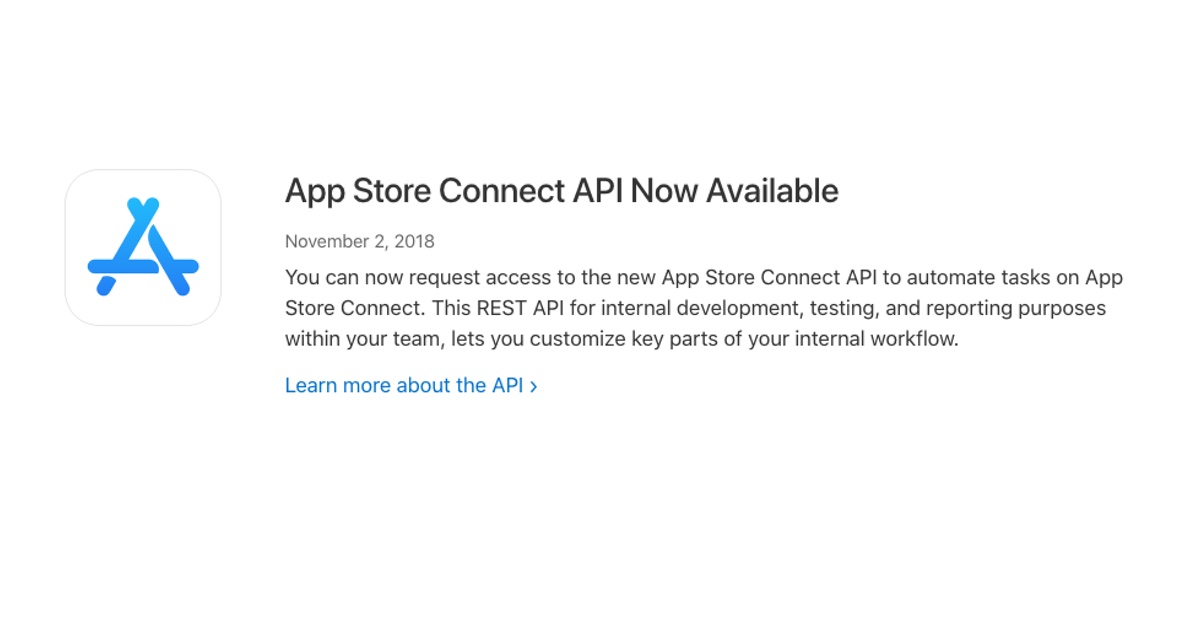 Apple announced on Friday that App Store developers can now request access to the new App Store Connect API. The API is designed to further automate tasks and increase the efficiency with which developers can work.

The API is for internal development, testing, and reporting purposes. It also lets developers customize elements of their internal workflow. The API, which was revealed in June at WWDC this year, will allow developers to:

Apple added that the provisioning functionality announced at WWDC18 will arrive in the near feature.

Developers can request access at App Store Connect. You can watch videos of sessions that discuss the new tool: