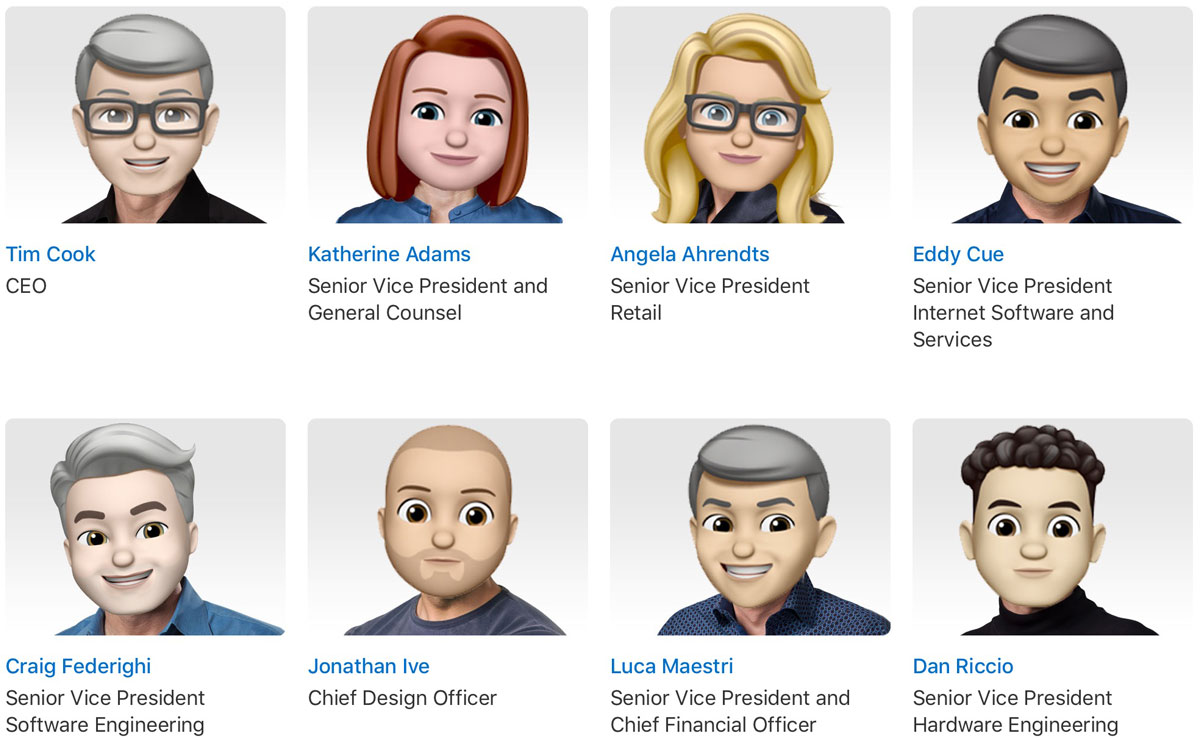 Hop over to the Apple Leadership page for cartoonized version of the company’s top executives. Apple redid its executive profiles using the upcoming Memoji feature in iOS 12 for iPhone X (and new iPhone models to be announced this fall), all as part of its World Emoji Day celebration/blitz.

Each executive’s studio headshot was augmented with that person’s Memoji, a new feature in iOS 12 that allows users to make their own Animoji avatar. Other features in iOS 12 allow that Animoji to be used in photographs, video chats, and more. If you click through to those individual profile pages, you’ll see the Memoji version of their avatar there, too.

Apple also teased some of the new emojis that will be released in iOS 12 for World Emoji Day.