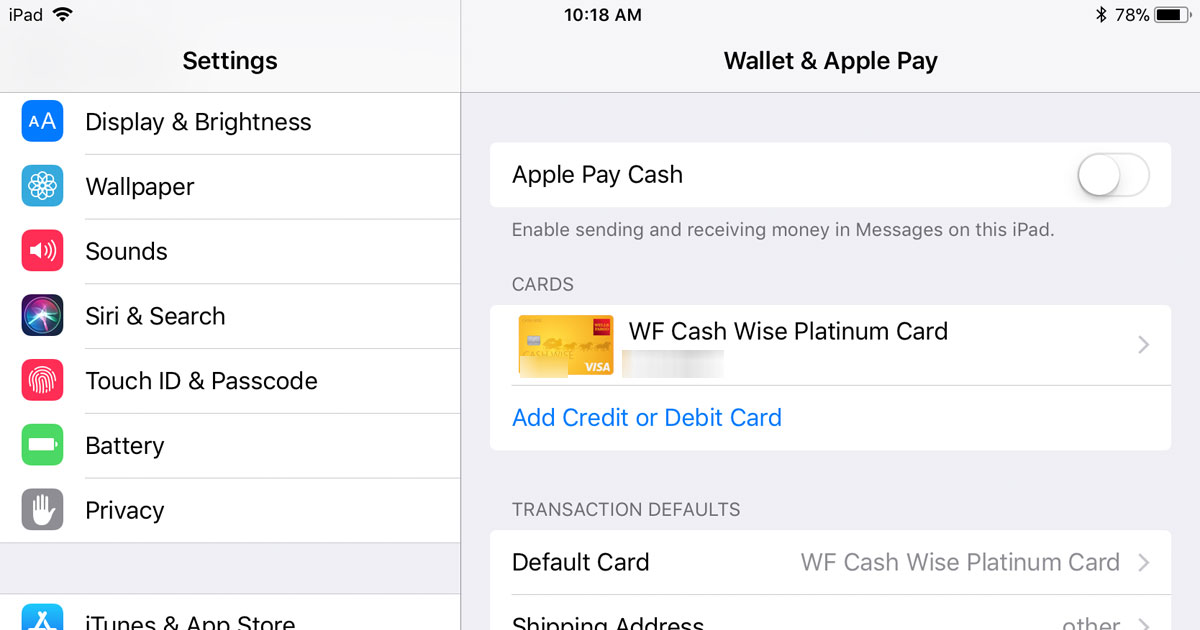 Apple Pay Cash has begun rolling out on iOS devices. For real this time. Really, we promise, and we have some screenshots that sort of prove it. Well, either that or that Apple is teasing us again, because though the toggle is now available, when Jeff Gamet tried to activate it, he got a message that it wasn’t available yet.

[Update 2: Apple Pay Cash is back for some users, and TMO staff and TMO readers are reporting that it’s active.]

[Update: A couple of hours after this article was posted, Apple pulled the Apple Pay Cash toggle from Settings > Wallet & Apple Pay. – Bryan]

Apple Pay Cash is the company’s peer-to-peer payment platform that allows Apple customers to send money to one another through iMessage. It competes with services like PayPal’s VenMo, China’s Weibo Payment, and others.

Apple released iOS 11.2 on late Friday night, with patch notes that focused exclusively on Apple Pay Cash. Once users installed it, however, Apple Pay Cash was nowhere to be seen. It quickly became clear the update was pushed to correct other bugs, and that Apple simply didn’t bother to change the patch notes.

But on Monday morning, many (but not all) users began seeing the Apple Pay Cash option on their iOS devices. We have a how-to for setting up and using Apple Pay Cash, but the main toggle for turning it on is in Settings > Wallet & Apple Pay, as shown below.

But It Doesn’t Actually Work Yet

Unfortunately, it doesn’t actually work yet. When Jeff tried to activate a card, he got this message:

Not every user is seeing the toggle, yet, and it’s likely that Apple is doing a staggered rollout for the service. If you’re able to activate a card, let us know in the comments below.

Successfully activated on my iPhone X.

Successfully activated on my iPad. It has not shown up on my iPhone X yet

My has it on her iPhone, I do not yet have it.

A notification just popped up on my iPad. I activated it, the process is pretty easy.

Interesting. I thought money was speech. Some excepts from the terms and agreements: We reserve the right to limit, suspend, or terminate your use of the Services or take other account-level or transaction-level actions, including suspending or closing your Apple Pay Cash Account, immediately and without prior notice to you for any reason, including, without limitation: … (ix) we have reason to believe that you are using the Services to facilitate, encourage, or promote illegal activity, hate, violence, intolerance, fraud, or otherwise objectionable content or activities; … Our decisions may be based on confidential criteria that are essential to our… Read more »

The 1st amendment applies to the public square and the government’s power to abridge speech. Corporations and private property owners have extensive power to limit speech.

Yes, I get that it doesn’t apply to private companies. But here we are, using something they are calling “Cash”. “Intolerance” and “otherwise objectionable content or activities” are the two that are most ambiguous and concerning (whatever your level of concern may be – admittedly, mine is pretty low). It wasn’t necessary to call those out since they already stated for “for any reason”. In fact, I think calling it out pretty much makes it a political statement. Is that what they intended? I kind of doubt it, being crammed in the “stuff nobody reads”. But why then? It’s just… Read more »

I did not see the option this morning, but it did show for me now. I just enabled it successfully, though there was a LOT of wheel-spinning.
I also had to actually tap on all of the terms and conditions screens. When I just tapped Agree, it went back to the “Apple Pay Cash” with Continue button (one screen before agreements).