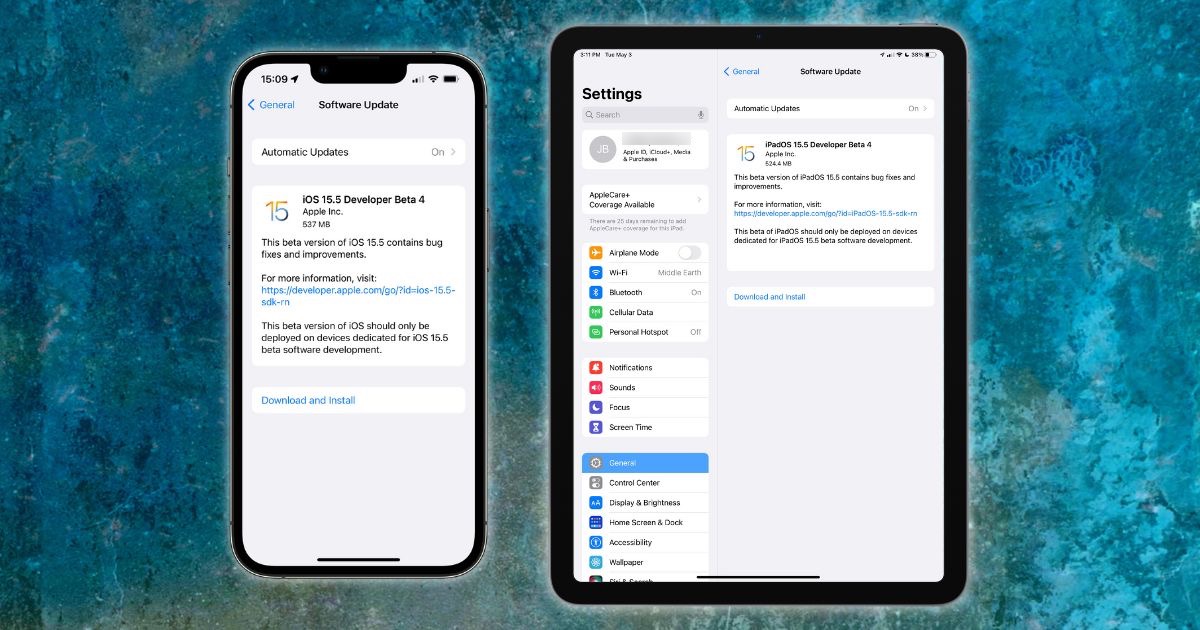 Ahead of the expected development cycle for iOS 16 and macOS 13, Apple has released the fourth betas for all of its operating systems. Developers can begin testing the latest iOS 15.5, iPadOS 15.5, macOS Monterey 12.4, and watchOS 8.6 builds now. These mainly address bugs and security issues, but we’ve seen a couple new features sneak in.

The Fourth iOS and iPadOS 15.5 Beta

The Cupertino-based tech giant hasn’t provided release notes yet for iOS and iPadOS 15.5 beta 4. However, we don’t really expect any new features or functionality yet. Save that for iOS 16, which we expect Apple to announce June 6 at WWDC.

The beta does include references to an upcoming Apple Classical app. This will be geared towards subscribers of the Primephonic classical music streaming service Apple acquired in 2021.

Furthermore, Apple is using iOS 15.5 to lay the groundwork for opening up so-called “reader” apps to add a link within their apps to external websites. This will make it easier for users to sign up and manage their accounts with those services outside of the App Store.

We also noted changes, minor but still important, to Apple Pay Cash. Cupertino is adding Request and Send buttons to Apple Cash within the Wallet app. It’s also changing the branding within Messages, so when you send someone money that way, the icon says Apple Cash instead of Apple Pay.

Also included in the release of new beta software, macOS Monterey 12.4 is now on its fourth beta. We haven’t seen anything new to report here, but it is important to update if you’re using Universal Control with another device running the beta.

New builds are also available for watchOS, tvOS, and audioOS, which powers the HomePod and HomePod mini. These are also fourth beta releases, bringing the version numbers to watchOS 8.6, tvOS 15.5, and audioOS 15.5.

We strongly recommend against installing beta software on your daily drivers, your production devices. However, if you want to check out the bleeding edge operating systems on test devices, you can download the developer beta through the Apple Developer portal.

Apple also has a public beta program, which will likely get the fourth test builds later this afternoon or tomorrow.