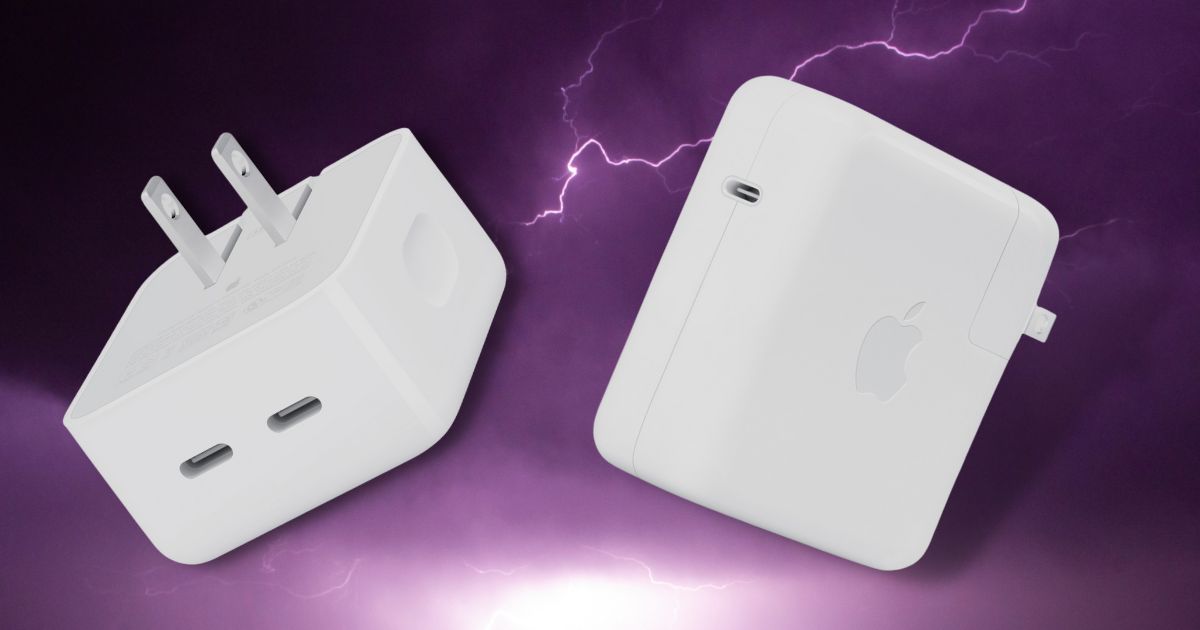 The new Apple 35W Dual USB-C Power Adapter that was announced during WWDC can now be ordered from Apple online store. Those who will be buying the new chargers would find it useful to read a new support document detailing how to use the charger and how it works.

The Apple support document says the dual USB-C adapter can charge up to two devices at the same time. To charge one device, a user just has to connect it to any of the ports. The same goes for charging two devices.

How the Adapter Distributes Power Between Apple Devices When Charging

Apple provides the examples below to further explain how the adapter distributes power:

If either of the devices needs more power, users simply need to unplug one device and its charging cable from the adapter.

Apple released two variations of the USB-C Power Adapter, a standard and a compact version. The standard version of the dual USB-C adapter comes with a removable plug head to make it compatible with international plug heads and extension cables. Hence, this adapter is available worldwide.

On the other hand, the compact version will only be available in the U.S., Canada, China, Japan, Mexico, and a few other countries that use the Type A plug style. Both versions of the adapter retail for $59. The new power adapter will also come with the M2 MacBook Air higher configurations available next month.