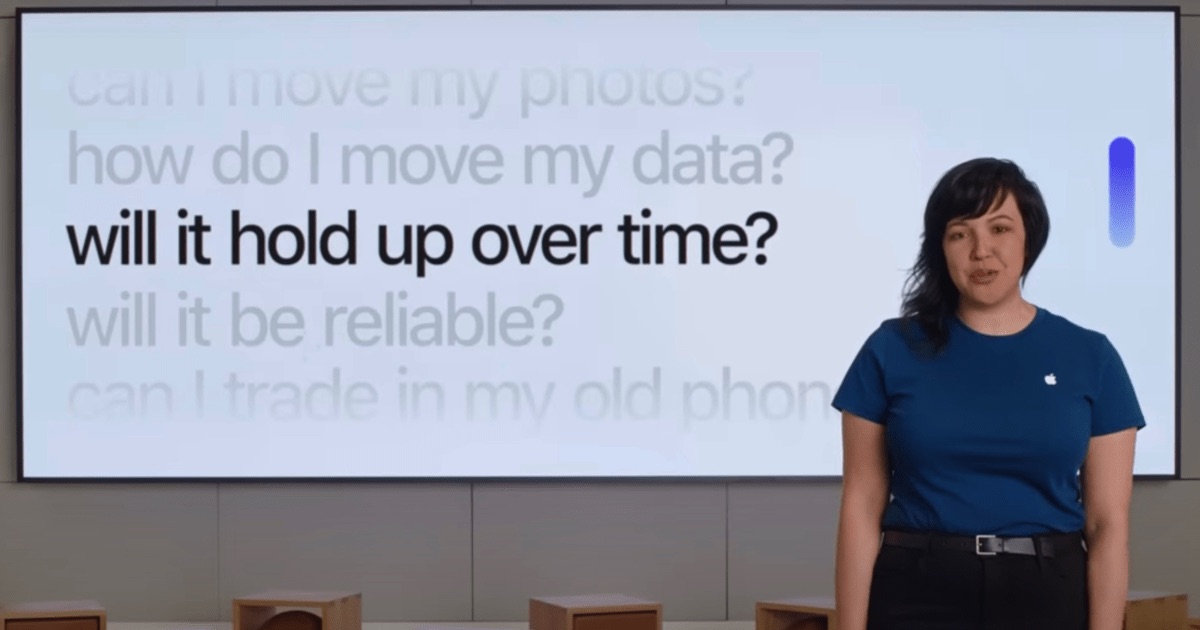 Apple has shared a video taking aim at Android users who may be considering making the switch over to iPhone. The four-minute video walks viewers through common questions switchers may have. This incudes transferring contacts, photos, messages, trade-ins, long-term updates and more.

Apple Video Cheekily Informs Users How to Switch from Android

Essentially, the video is a condensed version of Apple’s “Switch to iPhone” website. The website walks users through everything a user needs to know about upgrading to an iPhone. Additionally, Apple also maintains a dedicated “Move to iOS” Android app that makes it easy for users to transfer data.

Of course, this video may be a bit cheeky on Apple’s end, as just at the end of July, reports came out that Apple posted a June quarter revenue of $83 billion. During an earnings call after the 3Q22 report, CEO Tim Cook stated, “Turning to iPhone. We set a June quarter for both revenue and switchers to iPhone”.

In response to so many users switching from Android to iPhone, Cook attributed this to high levels of customer satisfaction and 5G. He also stated:

And we continue to execute across some significant geographies where there’s a very low penetration of iPhone. Some of those were called out in the opening remarks between Indonesia and Vietnam, and India, where we did quite well, and iPhone tends to be the engine for those markets, particularly at the beginning of creating the market there for Apple products. And so, we’re really looking at all of these things from the installed base to the number of switchers to the geographic distribution.

Additionally, despite global smartphone shipments falling by 7% to 291 million units in 2Q22, Apple still hit its best second quarter performance in over the past ten years. Despite this decline, Apple managed to ship 48 million iPhone units worldwide. This gave Apple 16% of the global market share in 2Q22, rivaled only by Samsung’s 22%.

Personally, I’ve written about my journey switching to the iPhone in the past. Were it not for AT&T having a five-year contract with Apple for the original iPhone, it would be interesting to know how many Verizon users would have been early adopters.

Did you ever have to “make the switch?” Have you always used an iPhone? Let us know in the comments.