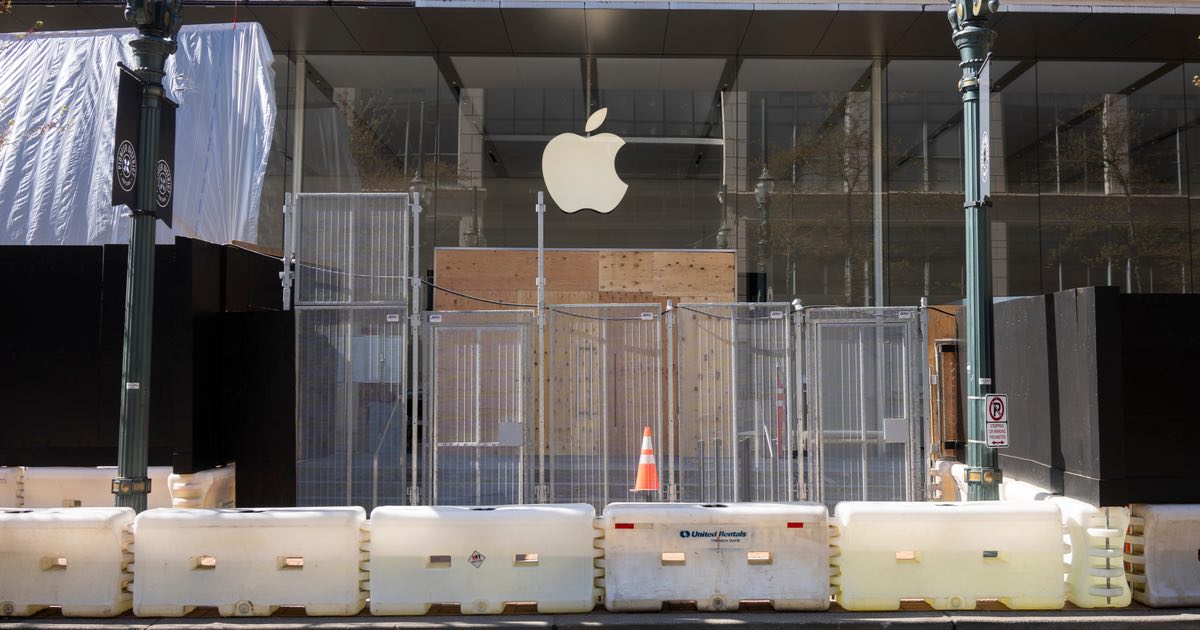 While some users need a protective case for their phone, it seems Portland needs a case for their entire Apple Store. The Apple Pioneer Place store in Portland is expecting to get renovations. The retailer is looking to replace the steel fencing that surrounds the store with a transparent polycarbonate enclosure. This is after the store needed to erect the fencing due to protests and riots.

In Feb. 2021, the retail store installed the barrier after it was preparing to reopen due to COVID-19 related closures. It was the first time the store saw an opening since the previous spring. Previously, the store had been boarded up since May 2020 due to protests over the Minneapolis police killing of George Floyd erupted into a riot. It was at this time that a group broke into the Apple store by smashing windows, stealing many of the products inside.

Now, more than a year later, the Cupertino giant is leaning toward a more nuanced security barrier.

The chair of the Downtown Neighborhood Association, Walt Weyler, stated that Apple representatives discussed plans with the group’s land use transportation committee. This was during a video conference that occurred Tuesday morning. A representative for an architectural firm hired by Apple was also in attendance during the meeting. Weyler stated that Apple requested attendees not to screenshot any of the presentation slides.

However, an unidentified individual did take some screenshots, and provided them to The Oregonian/OregonLive. The unnamed individual stated the new polycarbonate structure would surround the existing storefront. The enclosure would sit about 30 inches outside of the glass facade.

Looking at the Renders

Additionally, slides from the presentation describe a “storefront security enclosure” that is also made of polycarbonate panels. The choice to go with a polycarbonate is its durability. A clear thermoplastic polymer can be much stronger than traditional glass.

Representatives for Apple did not provide a direct explanation as to why the company is installing the new shields. However, a participant stated that the retailer did mention that the polycarbonate panels are easily available through a local source. The current glass panels used for the store’s existing facade are not as easy to obtain.

Weyler believes the polycarbonate installation is a security measure. He also warned that project is still in the early stages of development. While Weyler complimented the project rendering, he forecasted overall it seemed no where near finalized.