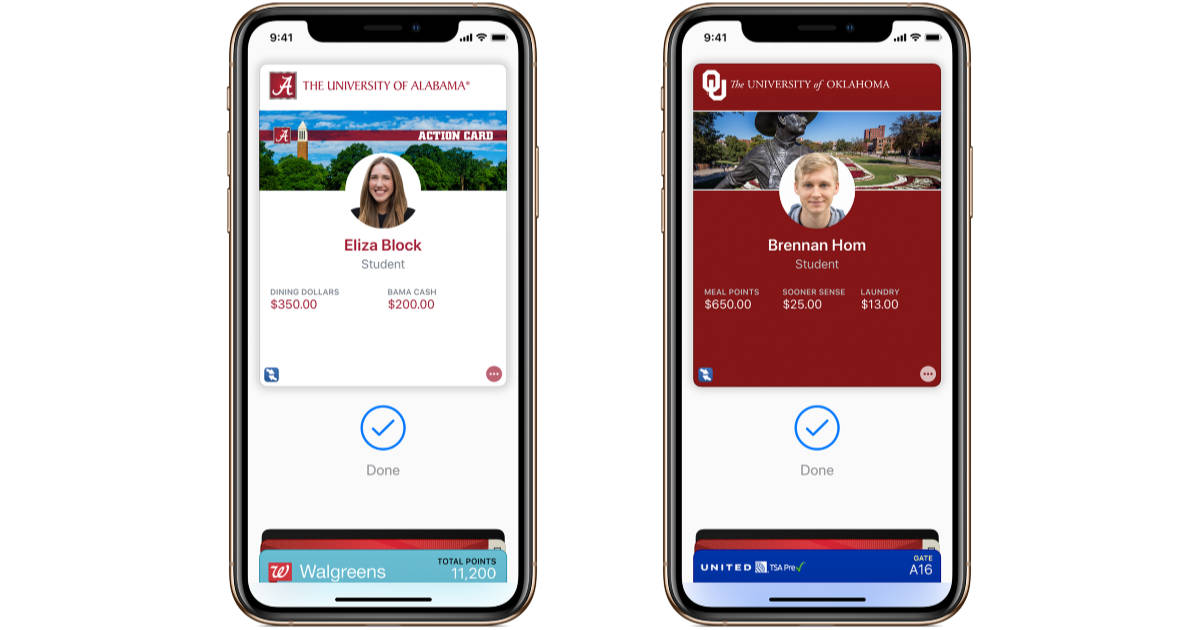 Apple’s Student ID feature in iOS 12’s Wallet went live on Tuesday with three universities. Duke University, University of Alabama, and University of Oklahoma are all supporting the digital ID on iPhone and Apple Watch for accessing school facilities and paying for items on campus.

Apple announced the Student ID in Wallet at its annual Worldwide Developer Conference in early June. It’s part of iOS 12 on the iPhone and watchOS 5 on Apple Watch.

The iPhone and Mac maker is starting with the three schools today. Johns Hopkins University, Santa Clara University, and Temple University will join later this year.

iOS 12 and watchOS 4 are free upgrades. The schools where you can add your student ID to Wallet, however, are not.