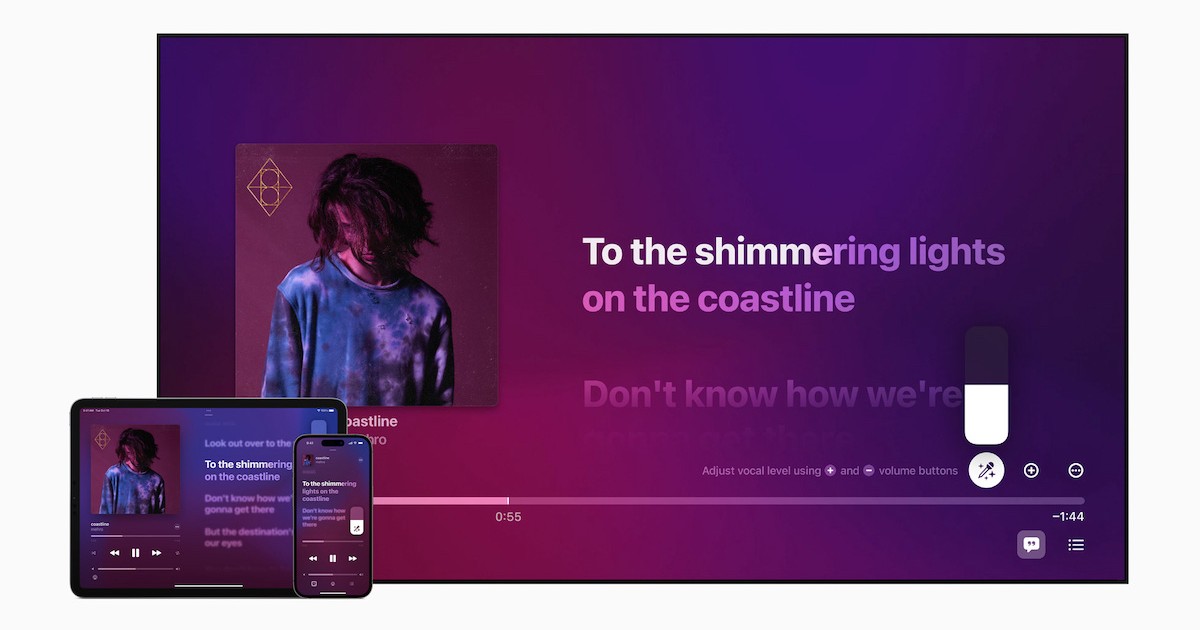 Apple Music Sing delivers a new feature that allows users to sing alongside “tens of millions of songs”.

A new sing-along feature known as Apple Music Sing will be available “later this month” for subscribers of the streaming platform. The new feature provides subscribers with adjustable vocals of the song they select and real-time lyrics so that users can sing their hearts out to their favorite artists and songs.

“Apple Music’s lyrics experience is consistently one of the most popular features on our service,” said Oliver Schusser, Apple’s vice president of Apple Music and Beats. “We already know our users all over the world love to follow along to their favorite songs, so we wanted to evolve this offering even further to enable even more engagement around music through singing. It’s really a lot of fun, our customers are going to love it.”

The new feature looks to be a great addition to the streaming service. It will be interesting to see how the vocal reduction feature works with songs not typically found in a karaoke playlist. Though, 9to5Mac theorizes that the new feature will work best with songs that feature Dolby Atmos support. This is due to Dolby Atmos songs being easier to reduce the vocals in thanks to stems, which allow vocals to adjust easier.

What do you think of Apple Music Sing? Let us know in the comments.