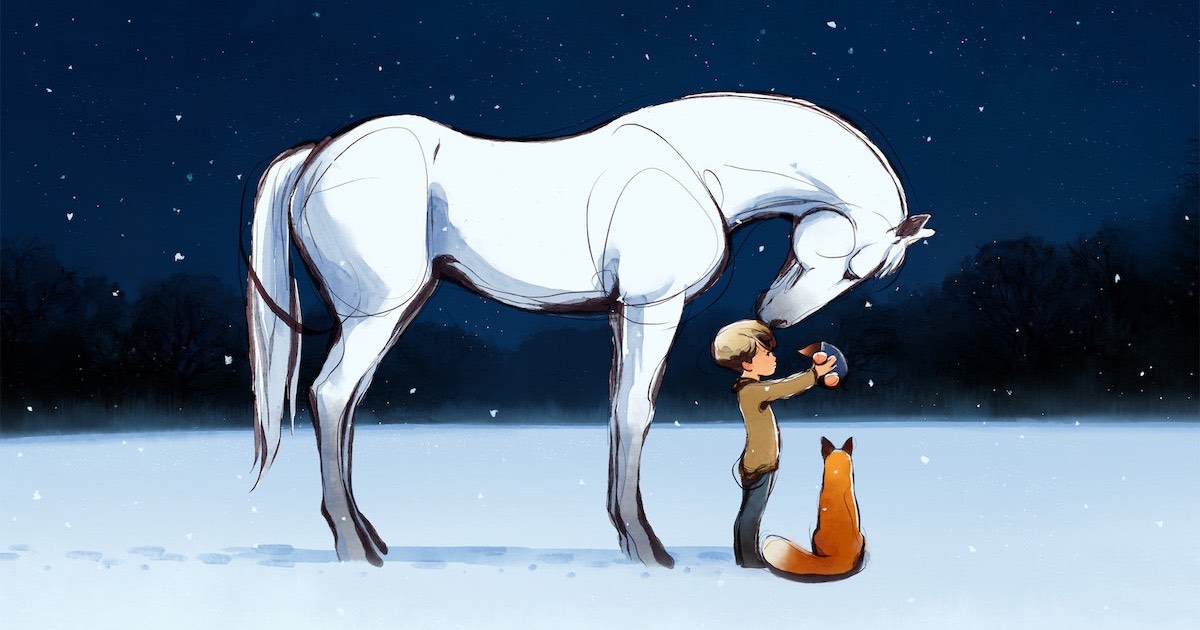 It seems Jony Ive and Apple TV+ are strangely teaming up. Apple Original Films has announced a new animated short, The Boy, the Mole, The Fox and the Horse, which is based on the titular story by author and illustrator Charlie Mackesy.

The new short film, The Boy, the Mole, the Fox and the Horse, is not only based on the best-selling book by Mackesy, but will also feature the illustrations of Mackesy in full color with hand-drawn animation. The short film stars Tom Hollander (The Night Manager) as The Mole, Idris Elba (Luther) as The Fox, Gabriel Byrne (All Things Bright and Beautiful) as The Horse, and Jude Coward Nicoll as The Boy. Apple TV+ is presenting the film alongside the BBC.

A story of kindness, friendship, courage and hope for viewers of all ages in a heartwarming, classically animated film based on Charlie Mackesy’s book, “The Boy, the Mole, the Fox and the Horse.” The poignant and heartfelt journey follows the unlikely friendship of a boy, a mole, a fox and a horse travelling together in the boy’s search for home.

While Matthew Freud is presenting the story, Cara Speller and J.J. Abrams are set to produce. Peter Baynton is set to direct, but most interestingly, Jony Ive and Woody Harrelson are set to executive produce.

What makes Ive surprising to see is that he went separate ways from Apple in 2019. However, while Ive no longer was an employee for Apple, Ive continued to work with Cupertino through his design firm LoveFrom. Though, even this relationship severed back in July of this year.

The Boy, the Mole, the Fox and the Horse will begin streaming on Apple TV+ Christmas Day.