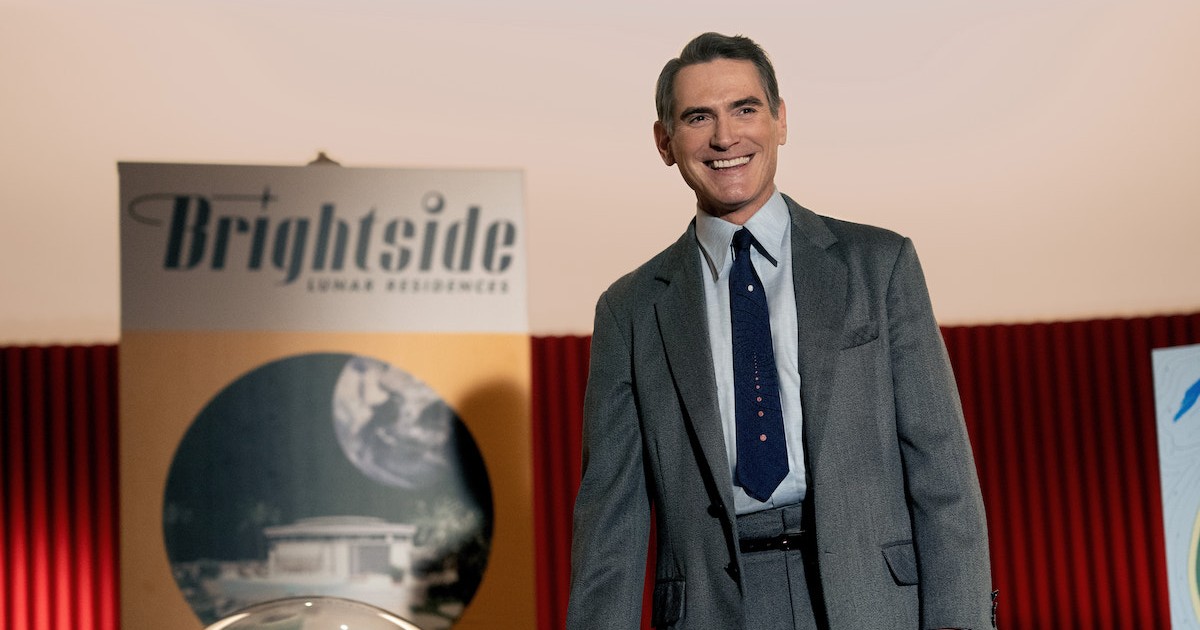 The new series Hello Tomorrow! starring Billy Crudup is arriving to Apple TV+ Friday, Feb. 17 with 10 half-hour episodes. The series will debut with its first three episodes, with one new episode following every Friday until April 7, 2023.

Set in a retro-future world, Hello Tomorrow! centers around a group of traveling salesmen hawking lunar timeshares. Crudup stars as Jack, a salesman of great talent and ambition, whose unshakeable faith in a brighter tomorrow inspires his coworkers, revitalizes his desperate customers, but threatens to leave him dangerously lost in the very dream that sustains him.

It’s been a big week for Apple’s streaming service. Alongside the announcement of Hello Tomorrow!, Apple TV+ also officially unveiled the trailer for the fourth and final season of M. Night Shyamalan’s Servant. Additionally, the streaming service also found itself landing 10 nominations at the 28th Annual Critics Choice Awards. This includes Severance seeing nominations for both Best Drama Series and Adam Scott seeing a nod for Best Actor in a Drama Series.