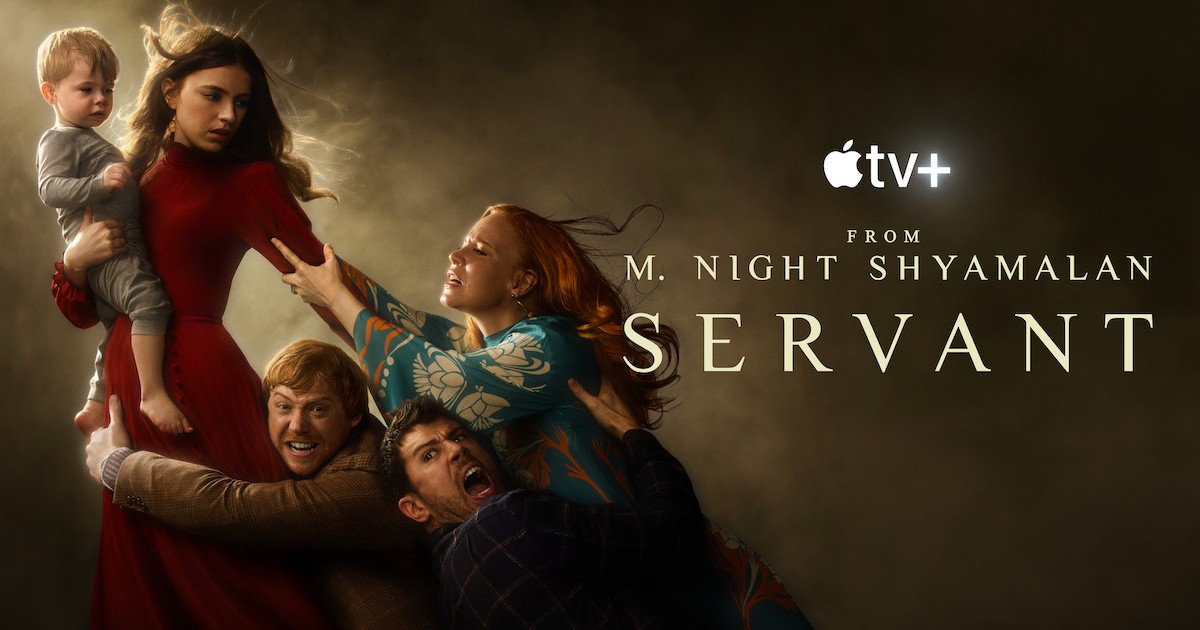 Apple TV+ has unveiled the trailer for the fourth and final season of M. Night Shyamalan’s thriller Servant. Premiering Jan. 13, the final season begins with the first episode streaming, followed by another from the 10-episode season every week until March 17, 2023.

Following the suspenseful season three finale, season four will bring the final chapter of the Turner story to an epic and emotional conclusion. Leanne’s war with the Church of Lesser Saints heightens, threatening Spruce Street, the city of Philadelphia, and beyond. Meanwhile, the shattered Turner family must not only confront the increasing threat of Leanne, but the certain reality that Dorothy is waking up. As the Turner family brownstone continues to crumble, questions are finally answered: who is Leanne Grayson and who is the child in their home?

The series is a creation from the British Academy of Film and Television-nominated executive producer and writer Tony Basgallop.

With luck, Servant will be able to pull in even more nominations and awards from the streaming service. While the show does have some plagiarism accusations currently going to trial, it seems Apple TV+ is still feeling confident about the show.