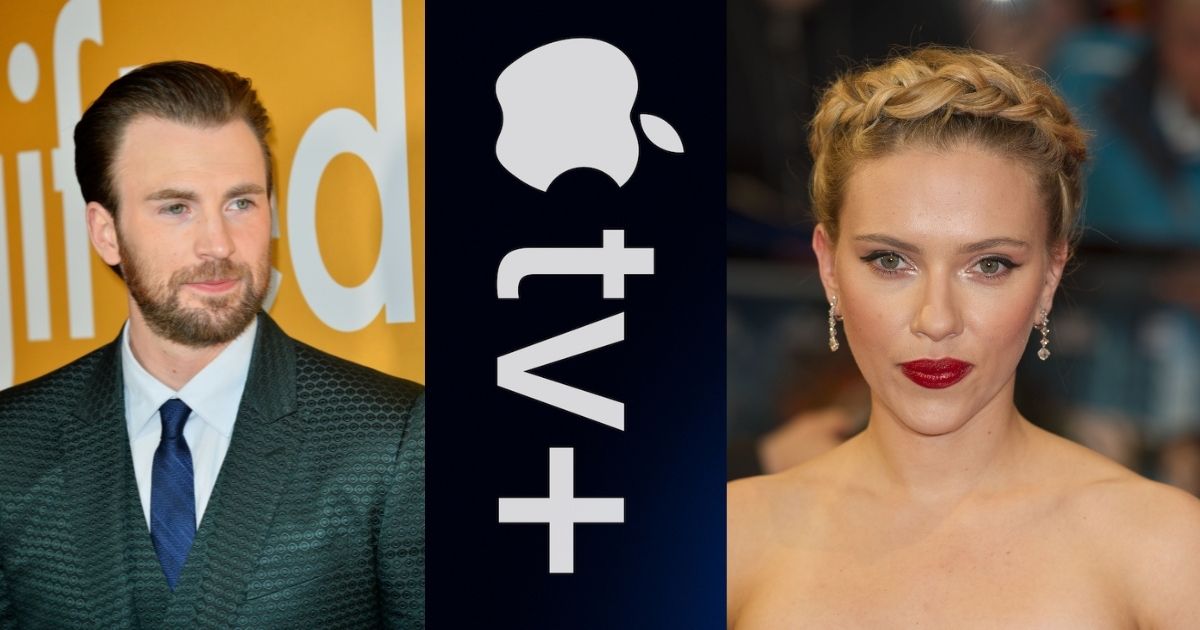 Two Avengers stars have a new movie in production, directed and executive produced by Jason Bateman. Scarlett Johansson (Black Widow) and Chris Evans (Captain America) are joining up again in Project Artemis. What’s even better is the fact that Apple TV+ scooped up Project Artemis in a $100 million deal.

Stars Looking for a Project to Reunite In

Reportedly, Evans and Johansson have been looking for projects to team up on, now that they’ve finished their runs in the Avengers franchise. They almost came together in Ghosted, another Apple TV+ score. In the end, Johansson’s schedule meant Ana de Armas got the role instead.

Jason Bateman is director and executive producer for Project Artemis, now for Apple TV. However, we know precious little else about the upcoming film (via Deadline.) The screenplay was written by Rose Gilroy, daughter of writer-director Dan Gilroy and René Russo, and apparently is set against the space race between the U.S. and the Soviet Union.

Apple’s streaming television and media service has been making quite the name for itself lately. During the 94th Academy Awards, its hit CODA won Best Picture, a first for any streaming service. In total, CODA and its cast and crew took home three Oscars.

The company also has Matin Scorsese’s Killers of the Flower Moon potentially releasing this year, along with spy thriller Argylle. Not only that, but the streaming service hasCha Cha Real Smooth, Luck, and Spirited inbound. Then there’s the disturbing, but successful, series Severance and the recently-premiered Pachinko.

Add to that Apple TV+ scoring MLB Friday Night Baseball, and some people may not need any other streaming services this summer and fall.