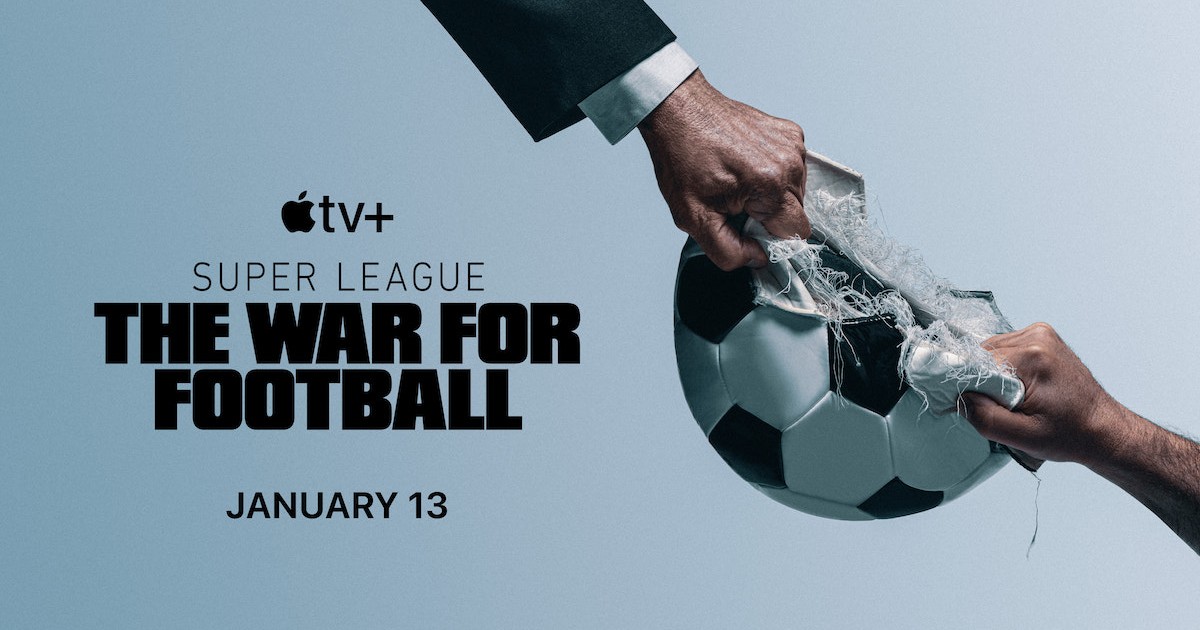 Apple TV+ has announced a new four-part sports documentary called Super League: The War for Football, which takes an intimate look into European football, and a scandal that almost changed the game forever.

A new four-part documentary focusing on European football arrives Jan. 13, 2023 on Apple TV+. In addition to Zimbalist and Schell working on the series, Libby Geist, who worked on O.J. Made in America, is also serving as producer.

The series itself focuses on The European Super League (via iMore). Often known as just The Super League, it featured 20 clubs that also included 15 permanent members that were unable to be eliminated or relegated from the league. Meant to rival the UEFA Champions League, incentives for clubs included a $3.5 billion investment in infrastructure as well as “solidarity payments” arriving from a pot worth over 10 billion euros.

This move was controversial, to say the least, as the proposal itself was met with scorn across the sport. The result was several teams departing from the league, leaving only Barcelona, Juventus and Real Madrid to deal with the aftermath.

The War for Football looks to cover this situation from an intimate perspective, including “unprecedented access to league presidents, club owners and the architects behind the European Soccer League”. Additionally, the documentary also plans to look at just how and why the plans came to fruition in the first place.

Get Your Kicks in

Apple has been on a major soccer kick recently. Along with its streaming service nabbing exclusive rights to stream MLS for 10 years, there’s also rumors that Apple is taking interest in purchasing the soccer team Manchester United (via AppleInsider).

Of course, with Apple acquiring MLS, Soccer fans are going to have plenty to watch on Apple TV+. However, for those looking for even more sports goodness, Soccer fans can also check out After the Whistle, featuring Ted Lasso’s Brendan Hunt and NBC Sports’ Rebecca Lowe, where the two discuss the recent World Cup.