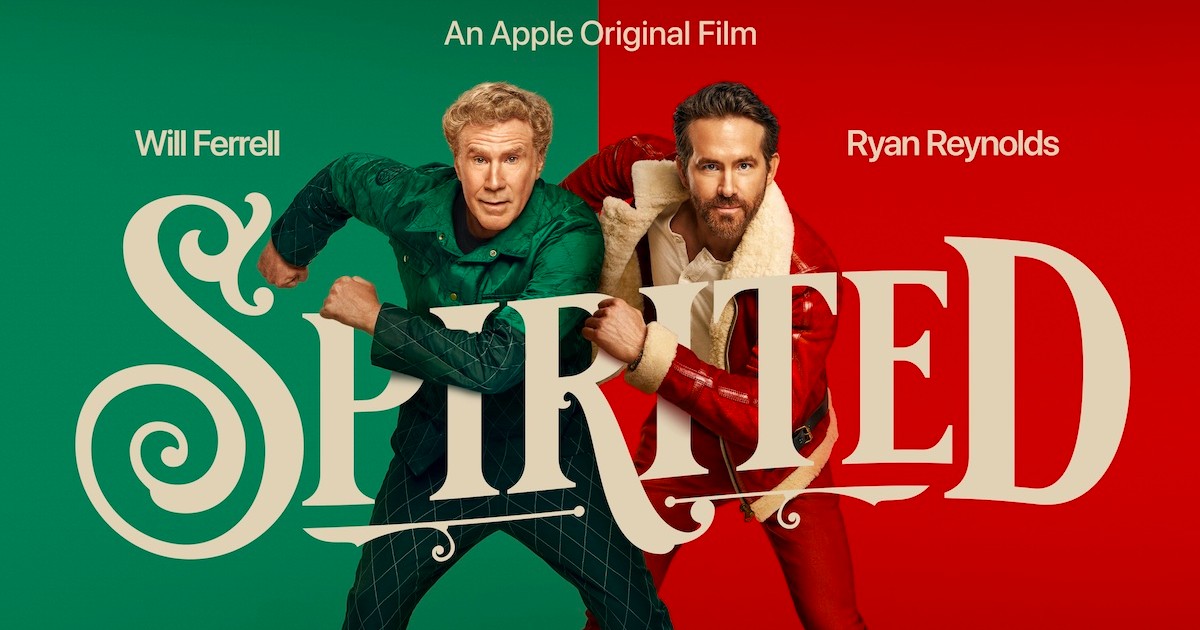 Today the official trailer for Spirited arrives to the internet in thanks to Apple Original Films. The new holiday comedy musical stars Will Ferrell, Ryan Reynolds and Octavia Spencer.

As found by Deadline, Apple Original Films has released the official trailer for the new holiday musical Spirited, which is a retelling of the classic Dickens novella A Christmas Story.

Each Christmas Eve, the Ghost of Christmas Present (Will Ferrell) selects one dark soul to be reformed by a visit from three spirits. But this season, he picked the wrong Scrooge. Clint Briggs (Ryan Reynolds) turns the tables on his ghostly host until Present finds himself reexamining his own past, present and future. For the first time, A Christmas Carol is told from the perspective of the ghosts in this hilarious musical twist on the classic Dickens tale. From Director Sean Anders (Daddy’s Home, Instant Family), written by Sean Anders and John Morris, with original songs by Oscar winners Benj Pasek and Justin Paul (La La Land) and production numbers choreographed by Chloe Arnold (The Late Late Show with James Corden), this modern retelling is a sweet and spicy holiday treat.

While the trailer does give audiences more of a preview of what’s to come, admittedly Ferrell, Spencer and Reynolds are showing a lot of promise in this film. Furthermore, while the end of the trailer does tease a big musical number, it will be great to see all of the songs that find their way into the final version of the film.

This movie shows a lot of promise, especially for one based on A Christmas Carol. Considering the Dickens classic has already been turned into a movie and musical on numerous occasions (anyone remember Mr. Magoo’s Christmas Carol?), having the film focus on the perspective of the ghosts should be a nice hook to those familiar with the story.

Additionally, having the ghosts work within an office environment should also bring about plenty of jokes for audiences. It already seems like Ferrell and Reynolds have had a blast working on Spirited, however, considering Spencer also stars in the film, it’s curious that the trailer never actually has her speak, unless you count nervous giggling as speech.

Of course, along with Spirited, Apple TV+ is also delivering the short film The Boy, the Mole, the Fox and the Horse, which features none other than Jony Ive as executive producer. Additionally, for families and children, Apple TV+ also announced the new series Interrupting Chicken will also have its own Christmas special, arriving to the streaming service Dec. 2.

What are you looking forward to watching this holiday season on Apple TV+? Let us know in the comments.