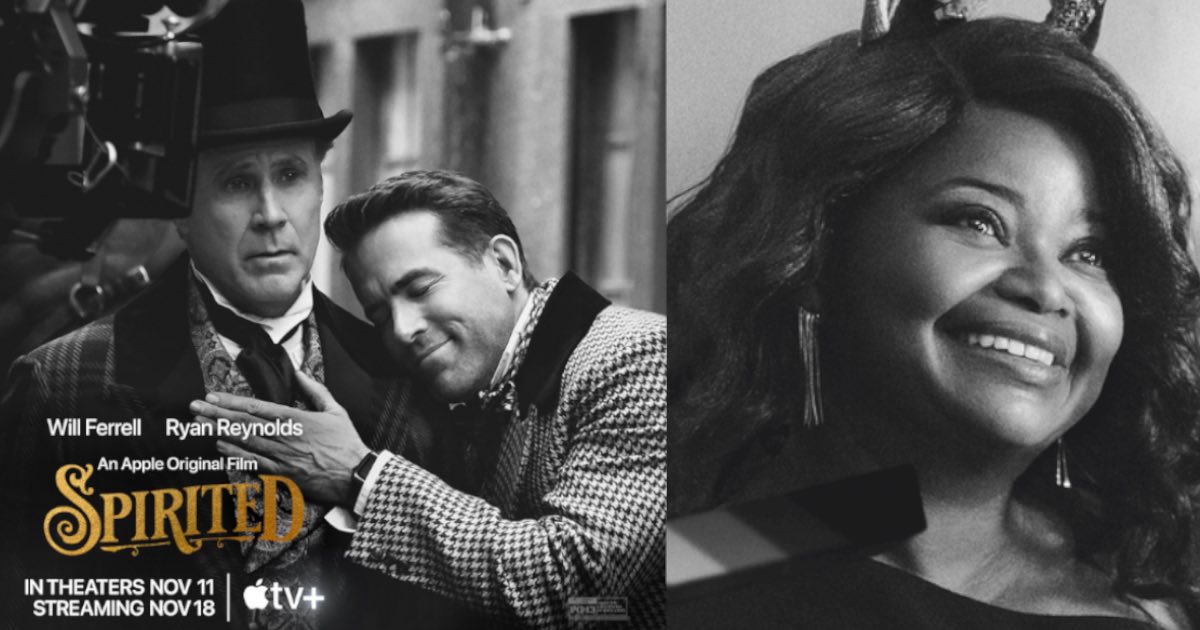 Apple TV+ is reimagining the classic A Christmas Carol with the new musical Spirited and it will be available for audiences to watch in November.

Set to star Ryan Reynolds and Will Ferrel, Spirited will arrive to theaters Nov. 11 and will begin streaming globally on Apple TV+ Nov. 18.

A take on the classic Charles Dickens story, the film will release to theaters on Nov. 11, according to tweets from the official Apple TV+ account publishing posters for the movie. A week later, Nov. 18, the film will be available to stream on Apple TV+. Interestingly, Apple was in a rather lengthy bidding war to achieve the rights to the film.

Concerning promotion for the film Spirited, fans got to catch a glimpse way back in Dec. 2021 when Reynolds was able to use the Photos’ Memories feature to show images from the movie. This was almost a year before its release.

Additionally, both Reynolds and Ferrell went viral on TikTok after singing along to Mika’s “Grace Kelley” while the two were in costume on set.

For Spirited, the film will be available on Apple TV+ to all subscribers of the service. This includes both direct subscriptions and those with Apple One.

It’s been a big week for Apple in terms of entertainment. Between Cupertino announcing that Apple Music is now the main sponsor of the NFL, the company also recently made the announcement that Rhianna will be headlining the Halftime show for Super Bowl LVII.

However, perhaps the most exciting news for true television nerds is that Apple TV+ recently landed the rights to a new series from Better Caul Saul and Breaking Bad’s Vince Gilligan. While little is currently known about the new series, it will star Saul’s Rhea Seehorn and be a departure from the typical themes found in Better Call Saul and Breaking Bad.

Are you looking forward to Spirited arriving to Apple TV+? What are you doing to prepare for the holidays? Let us know in the comments.