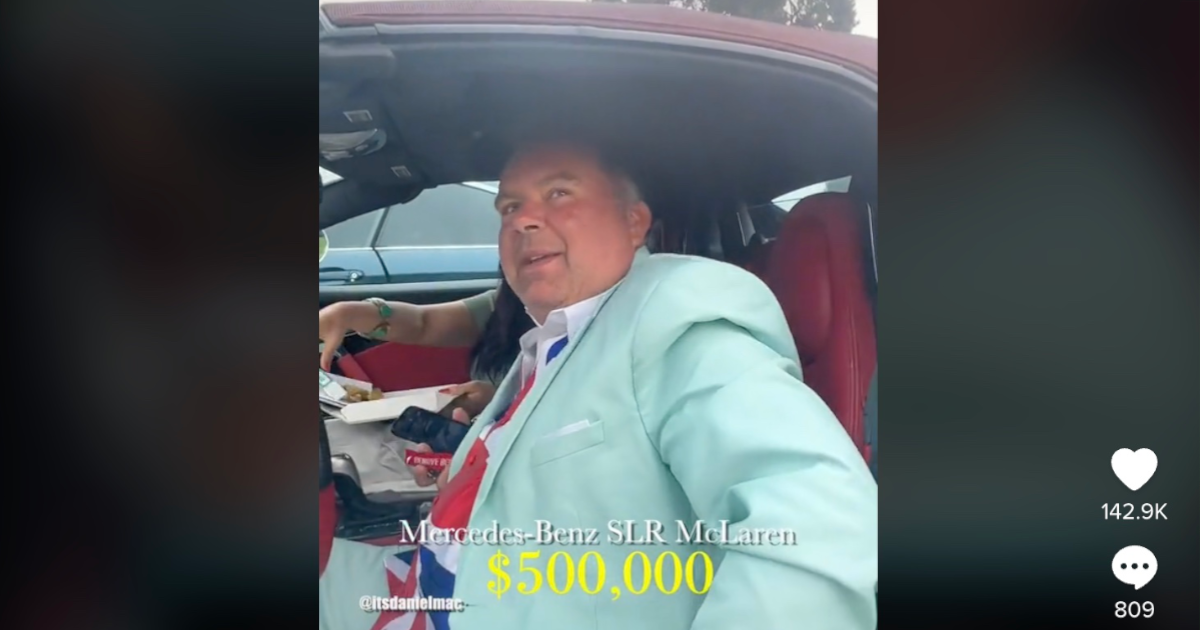 Reports indicate that Tony Blevins, Apple’s vice president of procurement, will be departing the company after making crude comments about his profession within a recent TikTok video.

This new arrives in thanks to Bloomberg.

The video was originally posted by TikTok creator Daniel Mac, who was creating a series focusing on people who drive expensive cars and what they do for a living. Blevins was spotted driving a Mercedes-Benz SLR McLaren. When asked what Blevins does for a living, he responded with a crass comment.

When asked what he does for a living, Blevins said, “I have rich cars, play golf and fondle big-breasted women, but I take weekends and major holidays off.” He also touted that he has a “hell of a dental plan.” […]

The TikTok video was taken at a car show that Blevins attended last month in Pebble Beach, California. His remarks in the 25-second clip reference a line from the 1981 movie Arthur, where main character Arthur Bach describes his own career: “I race cars, play tennis and fondle women, but I have weekends off and I am my own boss.”

Prior to the video, Blevins was a high-ranking executive at Apple, serving as the company’s Vice President of procurement. Blevins’ role in the company was to work with both Apple suppliers and partners. Blevins was part of a team responsible for inking a deal with Globalstar for Apple’s iPhone 14 satellite functionality. He is also known for negotiating aggressively with Apple suppliers in order to drive down Apple’s costs.

According to a 2020 Wall Street Journal profile, Blevins earned the nickname “The Blevinator” due to his tough stance on negotiations. Additionally, reports suggest that Blevins is also responsible for encouraging Apple suppliers to deprive Qualcomm of royalty payments during the Qualcomm v. Apple dispute. Sources also indicate that Blevins was personally tapped by Tim Cook to manage negotiations for the Apple Park campus.

After learning about the TikTok video, Apple held an internal investigation. Blevins was then removed from his team of several hundred employees. In an interview with Bloomberg, Blevins expressed regret for his actions. Blevins stated, “I would like to take this opportunity to apologize to anyone who was offended by my mistaken attempt at humor”.

Additionally, an Apple spokesperson did confirm that Blevins is leaving the company. The decision came from Apple’s senior Vice President of operations, Jeff Williams, who will now be overseeing Blevins’ team.