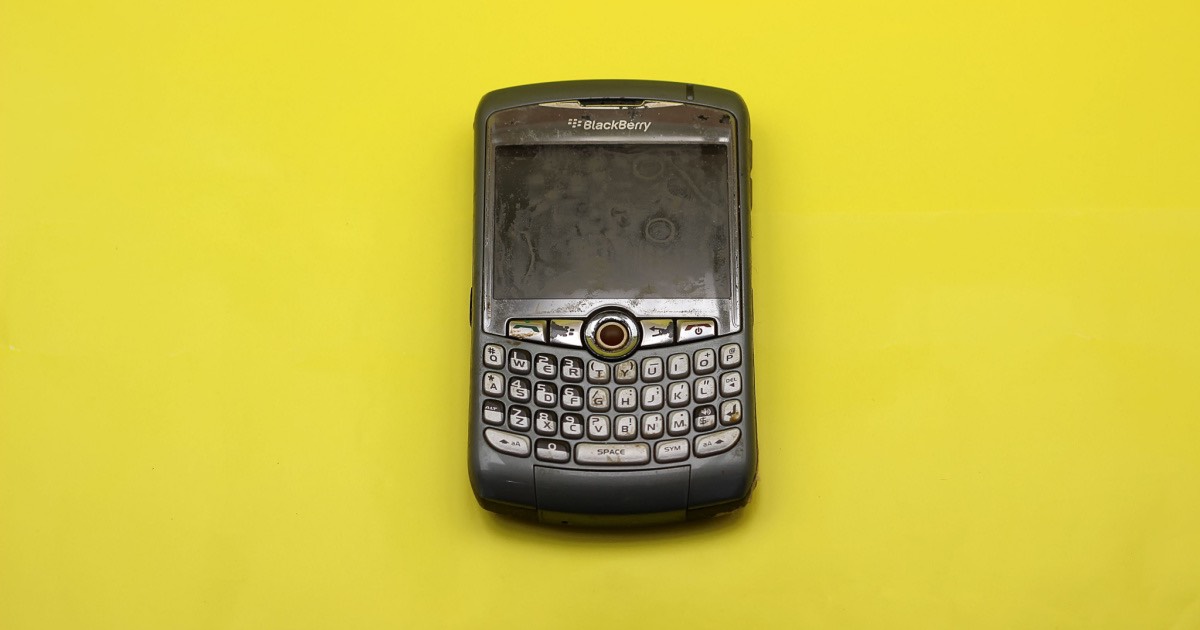 According to reports, Blackberry, yes, THAT BlackBerry, is going to be the focus of a feature film, and since it’s 2022 and everything is weird, it’s going to star It’s Always Sunny’s Glenn Howerton. The film looks to chart the rise and fall of the company’s co-founders as well as their phones.

One of the world’s first smartphones, BlackBerry saw a metric-ton of success in the early 2000s, only to meet a rather catastrophic demise.

Sources stated that the film has already finished production.

According to Variety, the movie arrives from director Matt Johnson (Operation Avalanche). Simply titled BlackBerry, the film details the rise and fall of the highly-revered device while its Canadian parent company Research in Motion suffered legal disputes. Additionally, BlackBerry also suffered from a rather painful transition to the new smartphone frontier dominated by Apple and Samsung.

Furthermore, the story will also cover the business relationship between co-founders Mike Lazaridis and Jim Balsillie.

Leading the cast is Jay Baruchel (This is the End) and Glenn Howerton (It’s Always Sunny in Philadelphia). While there are no current confirmations, it is likely the two will play the founders of BlackBerry. Howerton is sure to do great as one of the founders of RIM, as this will surely be a chance for him to show his rage.

The screenplay is an adaptation from the bestselling 2015 book Losing the Signal: The Untold Story Behind the Extraordinary Rise and Spectacular Fall of Blackberry by Jacquie McNish and Sean Silcoff, reports Canadian newspaper The Globe and Mail.

The Rise and Fall of BlackBerry

During the 15-year-anniversary of the iPhone, I actually wrote a hefty piece going over the last days of BlackBerry. Back in the day before everyone had a smartphone, BlackBerry was the go-to device for professionals, nerds and professional nerds. The BlackBerry 8700 is still a treasure to many, and I personally always had a fondness for BlackBerry’s physical keyboards.

Considering that both Howerton and Baruchel are cast in the movie, it will be hard to picture the film as anything other than a comedy. Perhaps a darkly-humorous though somewhat dramatic film like 2010’s The Social Network. Either way, this film looks like it will show promise for those that remember BlackBerry phones.

Are you looking forward to BlackBerry? Did you own a BlackBerry? Let us know in the comments.