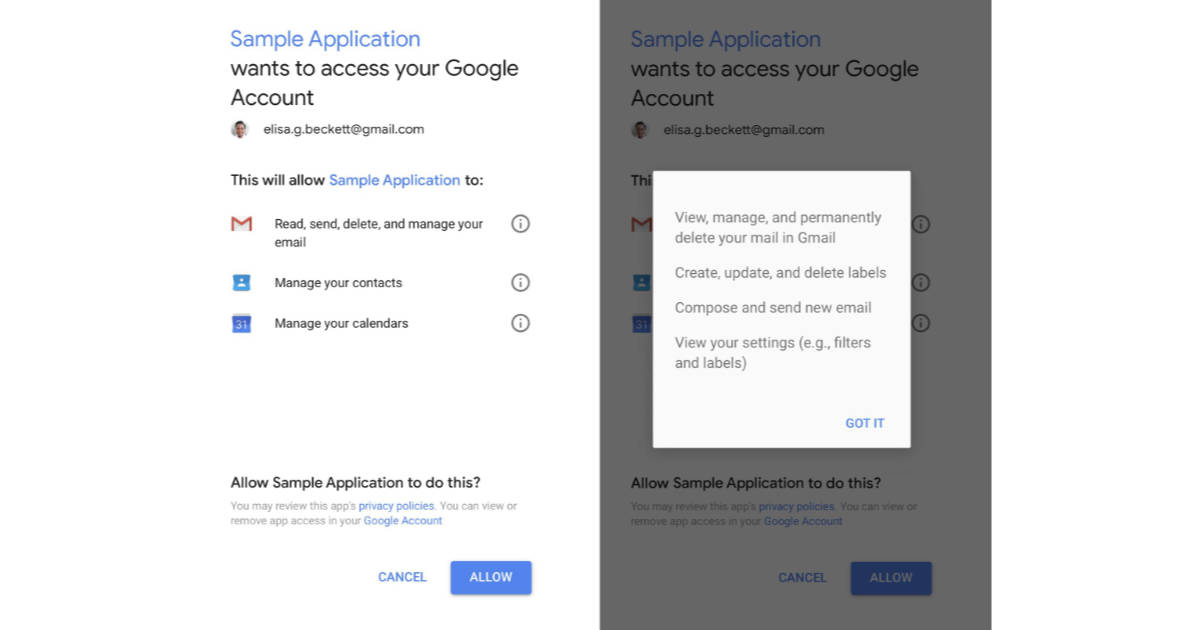 Google published a blog post in response to the report saying it doesn’t read your email messages unless you grant explicit permission. Third-party apps can’t read your email, either, until they’ve gone through a multi-step screening process and get your consent.

Google’s Director, Security, Trust, & Privacy, Google Cloud Suzanne Frey said, “Gmail has world-class safety features, such as protections that allow us to prevent more than 99.9% of spam and phishing emails from reaching your inbox. In order to deliver these features, we conduct automatic processing of emails.”

She added that Google doesn’t process email messages to deliver ads. “The practice of automatic processing has caused some to speculate mistakenly that Google ‘reads’ your emails,” she said. “To be absolutely clear: no one at Google reads your Gmail, except in very specific cases where you ask us to and give consent, or where we need to for security purposes, such as investigating a bug or abuse.”

On third-party apps she says,

Before a published, non-Google app can access your Gmail messages, it goes through a multi-step review process that includes automated and manual review of the developer, assessment of the app’s privacy policy and homepage to ensure it is a legitimate app, and in-app testing to ensure the app works as it says it does.

In other words, third-party apps can read the messages in your Gmail account. The developers just need to get your consent first. That said, a developer could have consent to access the information in your Google account and read your email, but you may not realize you granted permission.

Consent may not, however, be much of a consolation for the people who had their email read by Return Path. The research company’s employees read some 8,000 uncensored email messages two years ago when they were working on automation software.

Luckily, you can control which apps can access your Google account. It’s probably worth checking out to make sure you really know what—or who—is reading your email.

3 thoughts on “Google Says No One is Reading Your Email, Sort Of”