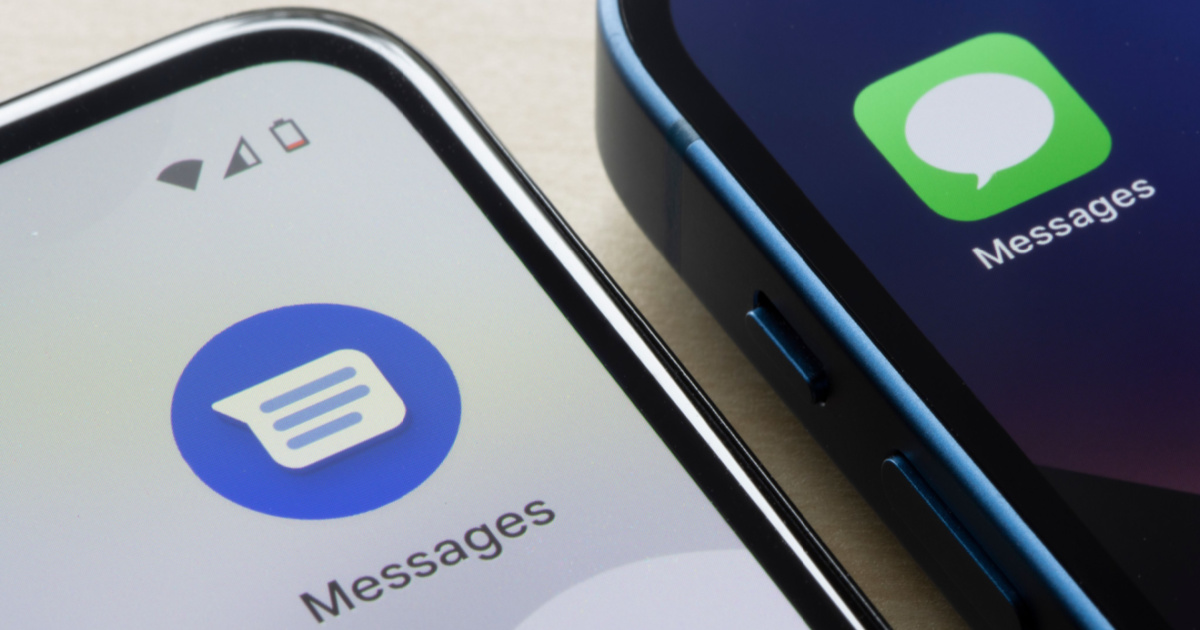 Google has been trying for some time to pressure Apple into adopting Rich Communication Services (RCS) on the iPhone. This pressure has even included calling out Apple executives for fostering bullying behavior. Its latest push, the “Get the Message” campaign, amps up the rhetoric for Apple to bake RCS into iPhone’s Messages app.

Calling on Apple to ‘Fix’ Texting

In June, Google used Drake’s “Texts Go Green” single to highlight the green versus blue bubble situation when Android and iOS users message each other. At the time, Google straight out said it wants the iPhone to support RCS. The tech giant pointed out this is a “problem only Apple can fix.”

At issue here is that Apple has locked into its iMessage service to allow encrypted messaging, as well as texting over Wi-Fi instead of cellular data. The Cupertino-based tech giant has never opened that messaging service to other operating systems, though.

To offer the same functionality to Android, including higher-resolution images and videos, typing indicators, encryption, and more, Google adopted RCS. In fact, RCS supports every feature that Messages allows for between iPhone users.

Android users get left out in the cold when it comes to messaging iPhone folks. Since iOS uses SMS/MMS for messaging outside Apple’s ecosystems, image and video quality suffers. Encryption isn’t possible between the two platforms, and neither is texting over Wi-Fi to Android users.

’Get the Message’ Positions RCS as a Modern Industry Standard

In its latest campaign, Google points to “modern industry standard” RCS as the solution to the green vs. blue dichotomy. Google doesn’t want Apple to ship the iMessage service to Android, which is a good thing … Apple doesn’t want to do that, anyways.

Instead, Google hopes Apple will begin including RCS support within its Messages app. This would improve the messaging experience for everyone, Google says. It would allow for higher-resolution attachments, better group chatting with mixed operating systems and more.

Carriers worldwide already support RCS, and Google said it had 500 million monthly active users on the service as of May. Here’s the problem: Google really has a horrible track record when it comes to sticking with a messaging system.

A Brief History of Google Messaging

Since iMessage first launched in 2011, Google has tried to find a suitable alternative for Android users. From 2013 until 2018, it settled on Google Hangouts as the default messaging app for vanilla Android builds.

But wait, it wasn’t the only choice for some of that time. From 2016 to 2019, Android users also had Google Allo. Beginning in 2019, we saw Google Messages and RCS. Many more have come before, after, and in between.

What’s more, individual Android smartphone manufacturers have offered their own messaging apps. That seems to finally be settling down, some, but my question is just how long Google will stick with RCS.

If we could be certain Android users would see the same longevity of RCS support that iOS folks have had for iMessages, I’d be all for Apple baking in support. Unless and until we see some long-term stability out of Google vis a vis its messaging platform, though, I’m more than happy with the status quo.