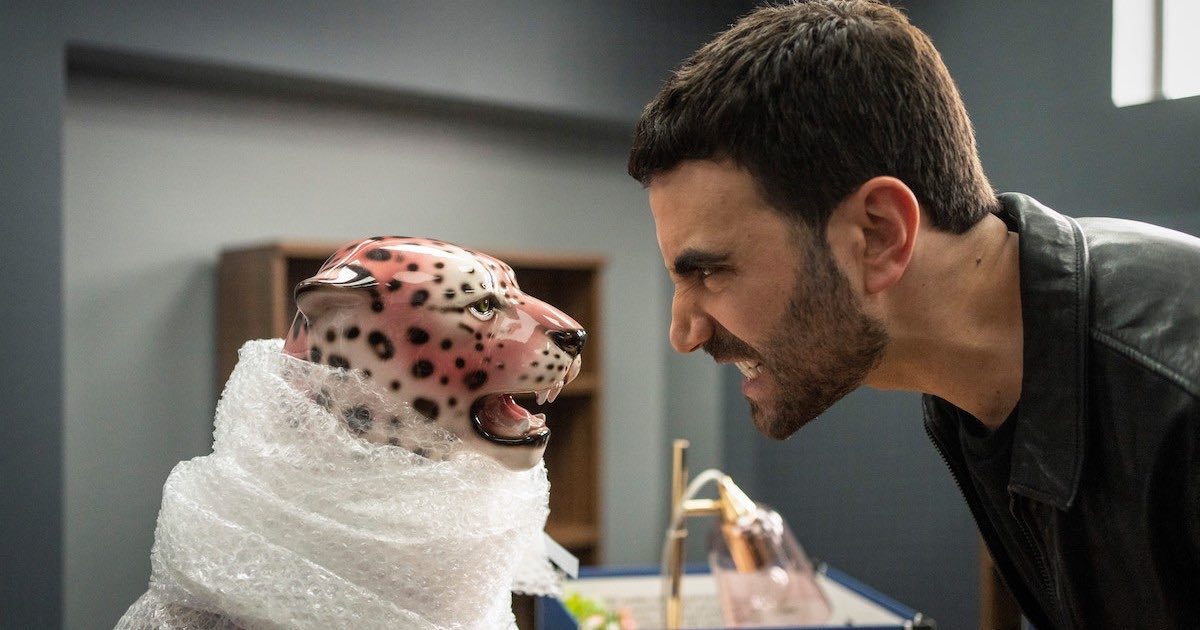 It’s a good time for Apple TV+ right now: despite the company preferring to keep things private, the streaming service is continuing to show dominance in the field. Between a wealth of new content set to arrive in the following months, shows that have been with the streaming service a bit longer are really starting to make their way into the limelight.

Though Apple really enjoys keeping things a secret, the company also likes to do things their own way. For example, when the company decided to get rid of the audio jack to make iPhones smaller, seemingly everyone got up in arms (many still do to this day). For Cupertino, the company likes to keep things close to their chest, even when it comes to those working with the company.

During an interview with Entertainment Weekly, Brett Goldstein and Hannah Waddingham discuss their time on Ted Lasso as the series likely comes to an end with the third season. While Ted Lasso has proven to be incredibly popular–crushing it at the Emmy’s for two years in a row–many of the stars on the show had doubts about the streaming service.

Going through a variety of topics such as how they became involved with Lasso, as well as Goldstein’s decision to join the cast as Kent, the two also discuss how they never imagined how people were going to watch the show on Apple TV+.

“No one will watch it, it’s on Apple TV” says co-star and co-writer Goldstein. “I thought no one would watch it.

Co-star Waddingham agreed, stating “it’s been so nice [making Lasso], we’ve all got to know each other. . . But no one’s gonna watch it.”

Goldstein further added, “People didn’t know how to get Apple TV. My parents didn’t know, I didn’t know. So I was like, even if it was amazing no one’s going to watch it.”

How to Show Dominance as a Streaming Service

Of course, everyone now knows that Ted Lasso has done spectacularly for both Apple TV+ and those involved. While Goldstein saw some success in the U.K., starring on Lasso has now netted him the role of Hercules in the Marvel franchise.

For Waddingham, hardcore Game of Thrones fans may remember her role as Septa Unella, though her role in Lasso is now bringing her some rather larger roles. Waddingham stars as Lady Bellaston in the new series Tom Jones, and also has a role in Hocus Pocus 2.

For Apple TV+, Ted Lasso came out of the gate running. Despite seeing a release Aug. 13, 2020, the series quickly took the lead for Q3 of 2020, according to Reelgood. Looking at shows from July 1 to Sept. 30, of two million viewers across Reelgood, Ted Lasso took a whopping 18.4% in that time alone.

In terms of success, there’s no doubt that Apple helped propel numerous stars into the spotlight. Along with stars from Ted Lasso working their way to the top, Apple has been slowly increasing the popularity of their own streaming service. While Apple isn’t letting anyone in on its strategy, the secrecy seems to be working.

Of course, Apple TV+ doing things its own way can also complicate things, even for those working on their products and services. For example, Apple really doesn’t like sharing numbers. Whether it’s how many iPhones they sell, or the current number of Apple Music subscribers, mums the word.

For Apple, they don’t even like sharing these numbers with the people who may need them, such as those working on Apple TV+ programming.

Sharing is Caring/Keeping it Private with Apple TV+

Concerning his show Severance, director Ben Still shared his thoughts on Apple and sharing numbers. During an interview with Decider, Stiller goes over what it was like making season one of the hit show, as well as a few of his thoughts concerning Apple and their decision-making.

Yeah, but because they don’t tell, it’s really weird. They sort of give you kind of an idea. But it’s not like ratings or box office numbers or anything like that. It’s like graphs and charts that are relative… The fun thing was going to [San Diego] Comic-Con and having a full house for a panel and seeing all those people there. That was the first time I was like, ‘Oh, wow, this is really like… There are people who are really watching this, like human beings to connect with on it.’

No, it’s hard. They don’t tell you the numbers. It’s really weird. So, you get these graphs and charts, like I said, that have like peaks and valleys. But you don’t know what the baseline is. I guess could be like, based on 100 people or could be like, 200 million people. We don’t know. They basically say, ‘Yeah, this is doing well.’ You’re trying to interpret what they’re saying. But they’re straightforward. It’s just that’s how, I guess, all the streamers do it. How do you find out? I’m curious how you find out.

Despite Apple seeming to enjoy not sharing information, this hasn’t stopped the streaming service from absolutely crushing it with both critics and fans. It already looks like Apple is gearing up for a great season at the Emmy Awards, and the company announcing a plethora of new content is surely only going to excite fans.

As Apple TV+ continues to push forward, it’s likely we will never get any true stats from the company. However, whatever the company chooses to do, it seems like it is working for them. No doubt the future looks bright for the streaming service, what comes next is up to Cupertino.