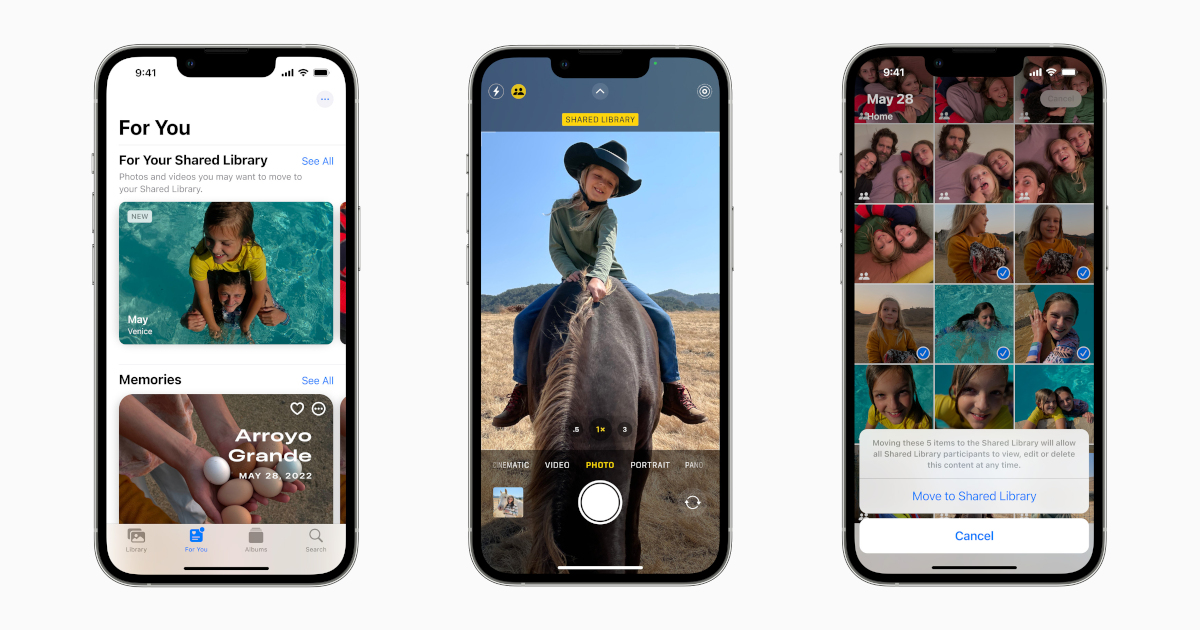 The announcement of iOS 16 saw Apple introducing the iCloud shared photo library, which is now seeing an official release. The new feature allows up to six users to share photos together directly from the Camera.

As observed by 9to5Mac, the new iOS 16.1 release candidate reveals that the highly anticipated feature will be arriving Monday, Oct. 24. Within the “About this Update”, the first thing mentioned is the iCloud Shared Photo Library.

A long awaited feature, the iCloud Shared Photo Library allows six users to create a separate library allowing them to share photos and videos. Along with photos taken after the creation of the new library, users can also post photos that are based around a specific start date or specific people.

Additionally, the new feature also provides ways to easily switch between shared and personal libraries. Users can also set permissions and edits, so that anyone can add, edit, caption, favorite or delete photos. Lastly, users will be able to easily share photos to the Shared Library easily in thanks to the sharing toggle found directly within the Camera.

Within the announcement for iCloud Shared Photo Library, Apple stated,

iCloud Shared Photo Library gives families a new way to share photos seamlessly with a separate iCloud library that up to six users can collaborate on, contribute to, and enjoy. Users can choose to share existing photos from their personal libraries, or share based on a start date or people in the photos. A user can also choose to send photos to the Shared Library automatically using a new toggle in the Camera app. Additionally, users will receive intelligent suggestions to share a photo that includes participants in the Shared Photo Library. Every user in the Shared Photo Library has access to add, delete, edit, or favorite the shared photos or videos, which will appear in each user’s Memories and Featured Photos so that everyone can relive more complete family moments.

Those running the betas can install the new iOS 16.1 release candidate now. Those waiting for an official release, it will most likely be Monday, Oct. 24. Remember that everyone must be on iOS 16.1 in order to take part of the new iCloud Shared Photo Library.

Are you looking forward to the iCloud Photo Sharing Library? Let us know in the comments.