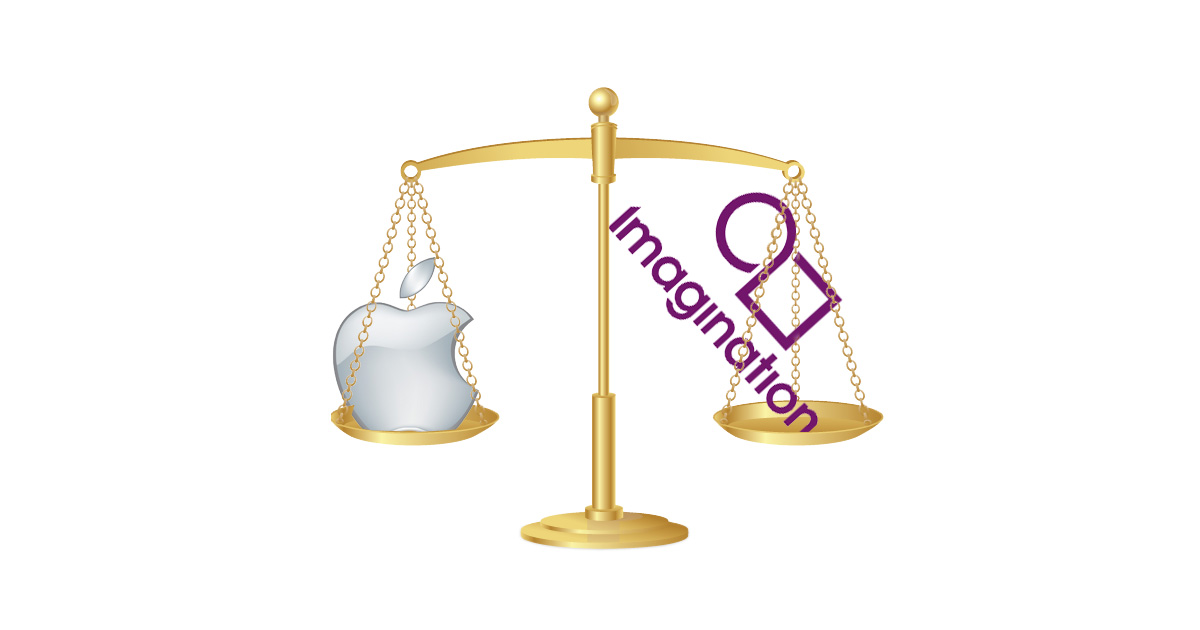 For Imagination, however, that’s a pretty big blow. Apple is its largest customer, and it’ll lose that business within two years.

According to Imagination, its patents are necessary to Apple’s GPUs work. The company says Apple hasn’t shown how it can work around those and needs to pay licensing fees. “Apple has not presented any evidence to substantiate its assertion that it will no longer require Imagination’s technology, without violating Imagination’s patents, intellectual property and confidential information,” the company said in a statement.

Odds are good the negotiations will be tense because Apple makes up the lion’s share of Imagination’s annual revenue. From the outside, it looks like Apple isn’t interested in striking a patent licensing deal, and Imagination is ready to push the issue.

If the two companies can’t reach an agreement through the dispute resolution process they’ll most likely end up in court. Imagination will contend that Apple is designing GPUs that infringe on its patents, and Apple will say it isn’t using Imagination’s technology or that the patents are invalid.

Outside of the negotiation room, Apple has been hiring away Imagination’s engineers. More than 20 of the company’s employees have already been hired away by Apple, and the company is on the hunt for more GPU designers.

Apple recently posted job listings for GPU engineers in London, which just so happens to be close to Imagination’s headquarters. Odds are more of the company’s talent is considering joining the Apple team.

Imagination is also selling off its embedded MIPS processor and Ensigma mobile connectivity businesses, according to Reuters. The sales will let Imagination focus on its other processor businesses, and will also give the company a cash boost leading up to Apple’s inevitable departure.

For now, the two companies will work on their dispute resolution over potential patent infringement. Unless something changes, however, there’s a good chance we’ll see this fight end up in court.

iVoid: Dispute Resolution is NOT a lawsuit and doesn’t take place in a court of law. It’s an attempt to reach a negotiated settlement that is agreeable to both parties WITHOUT going to court.

So they’re suing BEFORE Apple even has a product using their in-house GPU? How can they prove it infringes on their patents if there’s nothing even made yet?

Saw this coming. Apple says their GPU is totally new and different. Imagination says it will infringe on their patents. Fight it out in court for years.